SRU acquires race car that will be used by new club 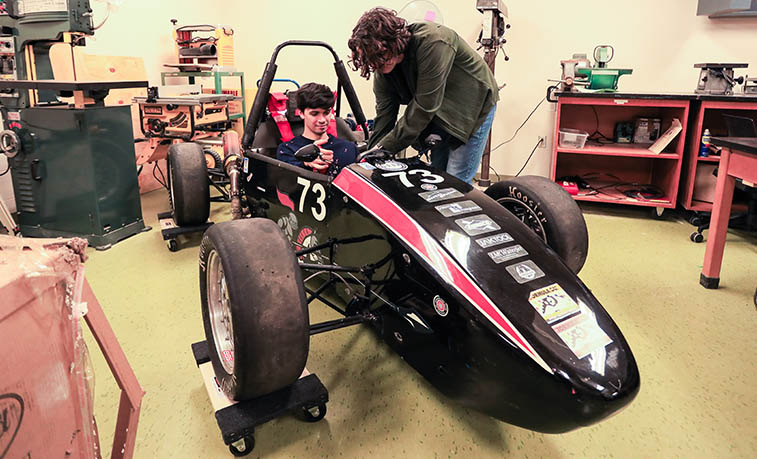 From left, Cameron Constantine and Nathan Sharp, members of the Rock Racing Club at Slippery Rock University, inspect the formula-style race car that SRU acquired, which the club will use as a model to build its own race car for competition in the Formula SAE Series.

SLIPPERY ROCK, Pa. — Coming to a speedway soon: Rock Racing. No, this is not some competitive sport for cavemen, but rather a new club at Slippery Rock University that is preparing for a green flag to drop on an upcoming intercollegiate auto racing circuit. This venture will take at least a year, but the Rock Racing Club at SRU has taken an important step by acquiring a car that was purchased by SRU's School of Engineering.

"That's one of the first things we did was finding a car for sale before we even worked on becoming an official club," said Nathan Sharp, a freshman physics major from Wexford, who is the Rock Racing vice president. "I really value the hands-on part of engineering, and that's the great thing about coming (to a small school like SRU): I'm able to get this club started and have a major impact on starting a team and have more opportunities, rather than just being one of many others at a larger school who gets to do something every once in a while."

Thanks to research by the Rock Racing Club's founding members, SRU's School of Engineering purchased the open-wheel, single-seat race car from a private seller for about $10,000. The car, which will also be used in mechanical engineering classes at SRU, was previously raced by a club team at Rutgers University in the Formula Society of Automotive Engineers series.

Rock Racing will also compete in Formula SAE, which is the organization comprised of college racing teams that challenges students to conceive, design, fabricate and compete with small formula-style racing cars. SRU students won't actually race the former Rutgers car, which has a Honda CBR600RR engine that is typically used for race bikes, but they will use it to build their own. 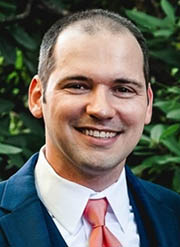 "Cars that race in Formula SAE are entirely custom built," Sharp said. "Each year, the teams have to build a completely new chassis and everything, and since we're starting a new program, we're using this car to help attract members and as inspiration for our engineering. So, if we get stuck on a problem, say the suspension, and we can't figure out what's better, a pull rod or a push rod, we come to this car that we know works and we know was competitive."

Chris Gioia, assistant professor of physics and engineering, is the faculty adviser for Rock Racing. He is familiar with SAE clubs at Penn State University and West Virginia University where he was an undergraduate and graduate student.

"I'd walk past their garage all the time and see students working on a race car for their capstone project," Gioia said. "Over the course of the academic year, they'd design, build and test their car, and then they go out and race. Having this car at SRU ties in perfectly with our mechanical engineering curriculum. Students can learn about thermodynamics and engines heat transfer, mechanical design, machine design, and then there's project management with communication and breaking projects down into subsystems. Students can get a true sense of what it's like having an engineering job while still in school. This provides a very valuable experience for our students."

One of the Rock Racing members, Cameron Constantine, a sophomore mechanical engineering major from Pittsburgh, transferred from Penn State to SRU to take advantage of closer relationships with professors and to have more hands-on learning.

"We get to experience all these things that we're talking about in class: that's a big thing for me," said Constantine, who is already working on designing components using 3D printers at SRU. "Nate (Sharp) and I are both huge automotive fans; we love cars. When Nate brought this idea to the professors, he emailed me about it, I was all on board and thought, 'This is exactly what I want to do to leave my mark at this school.' It's really exciting to be a part of this."

Rock Racing has about 15 members but they haven't done formal recruiting yet. They plan to break the club into four project teams responsible for building the chassis, suspension, engine and gearing, and aerodynamics.

"We want students who have an interest in some aspect and let them explore while also providing them guidance so that we can be as efficient as possible," Constantine said. "We want students from all around the University; it's not just engineering majors. Anyone who wants to just come here and have fun, we can teach them how we're going to build a race car."

"A Formula SAE team is so much more than engineering," Sharp said. "We need students from business, finance and communication, because we need to also have sponsors. It's not cheap to run a team like this. Also, one of our major goals for the team is to be carbon neutral, which is a big thing for a race team to take on because there are pollutants involved."

The next big hurdle is finding a space to work on the car. Right now, the model car is stored in the machine shop of Vincent Science Center. The club will need a garage and testing track on or near campus.

Formula SAE releases rules and specifications for cars to the teams each fall and teams have all academic year to build their cars before they compete in SAE-sponsored races during the summer, pitting college teams against one another.

Among the many things that need to be determined before Rock Racings' first competition is who will be the driver. According to Sharp, SAE requires a roster of four drivers per team, but they already plan to have a fun way to determine who will be putting the pedal to the metal.

"We're going to take everyone who wants to throw their hat in the ring to a go-kart track, and whoever has the fastest lap will be our driver," Sharp said.