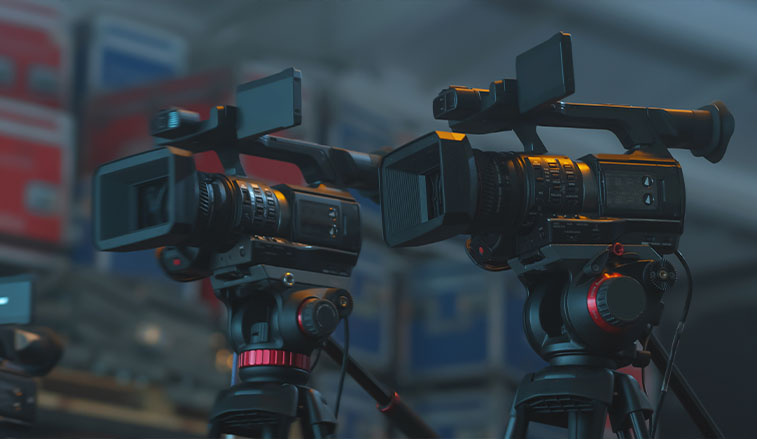 The 2021 Slippery Rock University Communication and Media Hall of Fame inductees and award winners have been announced. The honorees will the recognized at an on-campus ceremony, Oct. 15.

SLIPPERY ROCK, Pa. — The Slippery Rock University Department of Strategic Communication and Media has announced its 2021 SRU Communication and Media Hall of Fame inductees and award winners. The 2021 class will be formally inducted at an on-campus ceremony, Oct. 15, in conjunction with Homecoming weekend. Time, location and other details of the ceremony are to be determined.

This year's induction class and award winners include: 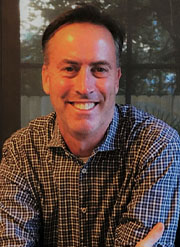 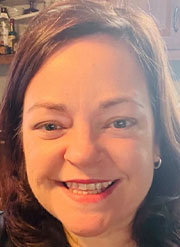 Kudrick is the director of development for the College of Engineering at Carnegie Mellon University, where she coordinates the planning and execution of the department's major gift program. Her responsibilities include development not only for the CMU Pittsburgh campus, but also for the CMU Africa campus in Rwanda, for which she manages a focused portfolio of individuals, foundations and corporations. Kudrick has worked in higher education since 2004, including roles as director of membership, director of constituent relations and charitable relationship manager at the University of Pittsburgh. A communication major while at SRU, Kudrick was vice president of public relations for the University Program Board, and was also active in campus organizations as vice president of her sorority, Kappa Delta. She earned her master's degree in higher education administration from Pitt in 2009.

Muldowney is a freelance reality television writer and producer who lives in Los Angeles. Since 2019, he's worked on the Discovery Channel reality series "Homestead Rescue," and his portfolio of work includes "Masters of Disaster" on Discovery (editor); "Treehouse Masters" on Animal Planet (senior story producer and writer); and "Planet Primetime" on Travel Channel (story producer/writer). In 2015, "Planet Primetime" was nominated for a daytime Emmy award in the "Outstanding Travel and Adventure Program" category. He was also a recent contestant on the game show, "Wheel of Fortune." Muldowney graduated from SRU with a degree in journalism, and as a student he was the host, executive producer and editor of "Gettin' Later," a late-night talk show on WSRU-TV, SRU's student-run television station, and a reporter for The Rocket, the independent, student-run newspaper. 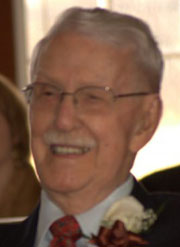 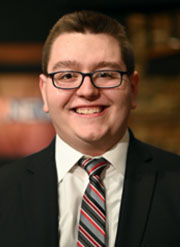 Scher is the executive vice president and executive business director for McCann Worldwide, the world's leading advertising agency network, formally known as McCann-Erickson. In his 36 years with the firm, Scher has created and oversaw the development of integrated marketing programs, including global and domestic brand communication and campaigns, for clients such as Coca-Cola, Nestle, the U.S. Army, the U.S. Postal Service, Nikon and ESPN. His work has been recognized multiple times with the highest accolades in the industry, including the Effie Awards, Emmy Awards and the Cannes Gold Lions. Scher majored in communication at SRU and was reporter for The Rocket and a member of other campus organizations.

The Lifetime Achievement Award is selected by the Hall of Fame committee and represents the highest level of recognition from the Department of Strategic Communication and Media.

This year's recipient, Coughlin, is owner of the media production company, Cognitive Production & Development, and is a CableACE and two-time Emmy Award-winning executive producer. He developed and produced "Caffeine & Octane" for Discovery Communication's Velocity Channel, which has been anchored in the primetime slot on NBC Sports Network for the last five seasons. He's also working on a second project focused on luxury cars called "Caffeine & Exotics Live," which will soon air on numerous streaming platforms. Prior to starting his own production company in 2016, Coughlin had a 20-year career at Chet Burks Productions, where he produced more than 500 magazine-style and non-scripted programs for ESPN, Discovery Communications/Velocity, SpeedChannel and FOX. He has also served as the executive producer for MavTV Motorsports TV. His commercial clients include Siemens, Coca-Cola and Capital One, and his philanthropic projects have served organizations such as The Haven House, Wells for Hope and Youth Leadership Henry. Before graduating with a degree in communication from SRU, Coughlin was the producer for a TV program titled "SRU Magazine" and he also received a scholarship for his work with The Rocket, where he served as a photographer, writer, advertising salesperson and business manager.

The Jim Aronson Founders Award recognizes dedication to the fields of communication and/or media through outstanding service and volunteerism.

The 2021 recipient, Laughner, is a retired assistant professor of English at SRU. As a student, he was involved with the debate team and the Sigma Tau Delta, Kappa Delta Pi and Alpha Psi Omega honor societies, before earning his degree in English. He later returned to his alma mater as a professor in 1955, teaching English and speech and coaching the debate team. He transitioned out of the classroom and into an administrative role in 1970, serving as SRU's first director of alumni affairs until 1978 when he retired. While working in that new position, Laughner also served as the adviser for WNFT, the campus radio station. In retirement, Laughner worked for McMullen Travel and served for many years on the Slippery Rock Borough Council, including a term as president. His legacy is carried on at SRU through the Carl and Norma Watson Laughner Scholarship, which awards up to $1,000 a year to a student who is related to an SRU Alumni Association member. 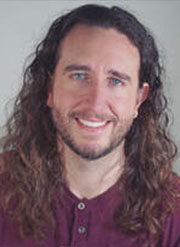 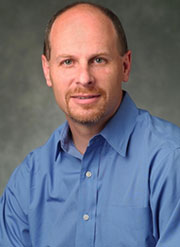 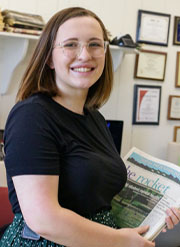 The Mike McHugh Undergraduate Excellence Award recognizes undergraduate SRU strategic communication and media majors or minors who demonstrate leadership in the field, service to the profession and society, and superior performance over the course of their college careers.

Marrie has been involved with The Rocket and WSRU-TV during the last four years, including 2020-21 as executive producer and station manager, leading the organization's coverage of the COVID-19 pandemic. During his time at SRU, he was also an anchor and lead producer for the biweekly sports program, "Around the Rock Sports," and served as the station's treasurer. As part of The Rocket staff, he was multimedia editor. His work was recognized with several awards, including first place for "Ongoing News Coverage" in the Pennsylvania News Association Keystone Student Press Awards. Outside of SRU, he interned with WFMJ-TV in Youngstown.

Shumsky, who minored in strategic communication and media at SRU, has served as editor-in-chief of The Rocket the last two years. Under her leadership, The Rocket was recognized with dozens of awards, including first place in the "Overall Newspaper Excellence" category in the 2020-21 Society for Collegiate Journalists National Contest. She was also a producer and writer for "The SGA Update," a collaboration of coverage between both The Rocket and WSRU-TV of biweekly Student Government Association meetings. Shumsky plans to teach journalism and advise student newspapers in her teaching career.

More information about the SRU Communication and Media Hall of Fame is available on the organization's website, by calling 724.738.2032 or emailing Quinn at  katrina.quinn@sru.edu.