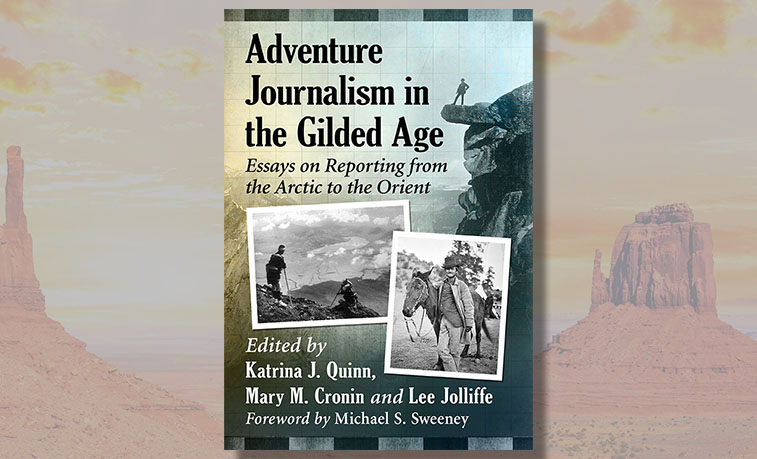 “Adventure Journalism in the Gilded Age: Essays on Reporting from the Arctic to the Orient,” was co-edited by Katrina Quinn, a Slippery Rock University professor of strategic communication and media.

SLIPPERY ROCK, Pa. — There are many intrepid reporters who would consider the way they find and gather stories to be adventurous, but the term "adventure journalism" was coined by a group of scholars describing the type of reporting that was popular in America during the late 19th century.

"Adventure journalism refers to both the method of the reporter and the content of story," said Katrina Quinn, a Slippery Rock University professor of strategic communication and media and department chair. "There's an adventure on the part of the reporter to acquire the story, and the story delivers that adventure as well as news to the readers."

Quinn is one three editors of the book "Adventure Journalism in the Gilded Age: Essays on Reporting from the Arctic to the Orient," published in 2021, that was recently recognized as the "Best Edited Collection in Popular and American Culture" for 2022 by the Popular Culture Association. 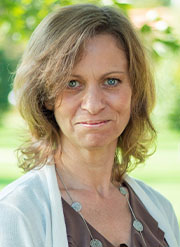 Quinn said that Horace Greeley, the founding editor of the New York Tribune, is not the first travel writer but he could be considered the first reporter of the adventure journalism genre. Greeley saw the American West for the first time in 1859 by riding a stagecoach across the continent while reporting on the need for a transcontinental railroad.

"Journalism was our nation's only mass medium at the time, so it really shaped the way that people engaged with the world and how they saw themselves within it," Quinn said. "The exploration of the American West and notions of what it means to be an American were sort of derived from that process of westward expansion and reporting on what America is."

Adventure journalism is not exclusive to exploring the American West. It could be everything from reporting on what it's like to ride a steamship to Alaska or a train across Siberia, as well exploring the South Seas and the jungles of Africa. There was an audience for this type of reporting, especially in the late 1800s, known as the Gilded Age, which saw rapid economic growth and an influx of European immigrants.

"The first thing was an economic push by the publishers," Quinn said. "They saw this as a cash cow where they could send these reporters out into the world and the wilder the adventurer, the farther they went, the more dangerous it was, the more people would want to read it. Also, the readers of that era were excited about this because they were experiencing the world without having to leave home. This (reporting) was sensational, but it had the bonus of also being true."

Quinn and two other journalism professors, Mary Cronin of New Mexico State University and Lee Jolliffe of Drake University, edited "Adventure Journalism in the Gilded Age," with Quinn writing the preface and two chapters titled "Adventure Reporting from America's Western Rails and Trails, 1860-1880" and "'Into the Dark Abyss': Gilded Age Adventure Reporting from the Mines of America." Quinn also co-wrote the introduction and a chapter about journalist Nellie Bly. Other contributors wrote essays about the adventure journalism genre, including analyses of the work of iconic writers such as Mark Twain, as well as lesser-known journalistic masters such as Thomas Knox and Eliza Scidmore.

Named a Hazel Dicken-Garcia Distinguished Scholar of Journalism History in 2019, Quinn has also published work on topics such as 19th-century political reporting, sensationalism, literary journalism, narrative and personal accounts of the American frontier.

"Journalism has transformed so much and the 19th century might seem like ancient history to newer generations," Quinn said. "But there's such a strong continuing relevance of journalism history because it informs our world and (journalists back then) were talking about a lot of the same issues as we are now, such as national identity, diverse cultures and global engagement."

"Adventure Journalism in the Gilded Age" can be purchased on the McFarland Books website or Amazon. More information about Quinn and journalism programs at SRU are available on the Department of Strategic Communication and Media webpage.