SLIPPERY ROCK, Pa. — Samantha Hawk, a Slippery Rock University sophomore political science major from South Park, will be joining the SRU council of trustees as its next student trustee. Hawk was unanimously selected by an SRU committee to fill the one seat on the 12-member COT designated for a full-time SRU undergraduate student. The student trustee has the same voting privileges as other trustees.

"I'm really excited about connecting with my fellow students and being a voice for them (on the council)," Hawk said. "I fell in love with this University on my first day and have always wanted to make my mark in some way. I'm dedicated to improving the University and the student experience. Being the student trustee is a perfect way to do that." 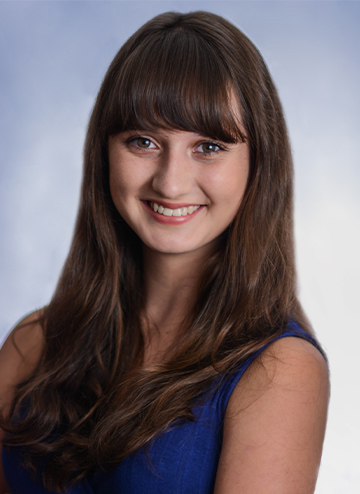 After a campuswide application and interview process, SRU President William Behre approved the Student Trustee Selection Committee's recommendation and forwarded it to the Office of the Chancellor of Pennsylvania's State System of Higher Education. Hawk will be sworn in by oath after an official appointment from Pennsylvania Gov. Tom Wolf prior the next COT meeting, June 4-5.

Hawk will replace Dylan Colcombe, who completed his term on the occasion of his graduation last week. Hawk's term will continue until she graduates.

Hawk is already involved in several leadership positions, including as national communication coordinator for the Association of Residence Hall Students, as fundraising chair of the SRU Honors College and as a parliamentarian for the Sigma Sigma Sigma sorority. As a political science major, Hawk aspires for a career in state-level politics.

"I love difficult decisions and analyzing them from all perspectives," Hawk said. "Making decisions for the University really excites me because I can put what I've learned in class to use."

The Student Trustee Selection Committee at SRU consists of three employee union representatives and a representative from the Slippery Rock Student Government Association.