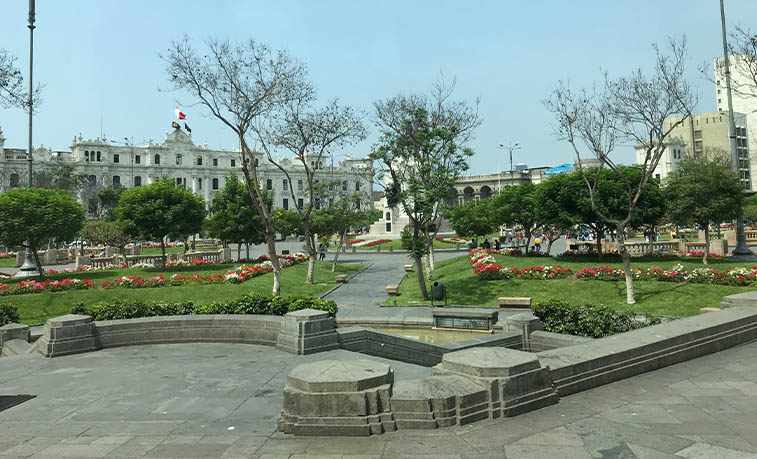 The city square in Lima, Peru is an example of the urban green spaces researched by Sau Silwal, a Slippery Rock University graduate student majoring in park and resource management, who is presenting as part of a Twitter conference organized by the Social Science Working Group of the Society for Conservation Biology.

SLIPPERY ROCK, Pa. — To share her research about urban green space, Sau Silwal had to create some space in her online presence for social media. Silwal, a Slippery Rock University graduate student majoring in park and resource management from High Point, North Carolina, will present during a Twitter conference, June 16, organized by the Social Science Working Group of the Society for Conservation Biology.

The only reason Silwal created a Twitter account, with the handle @SilwalSau, was so she could present at the conference. She prefers other environments, as indicated by her simply-stated Twitter bio: "Nature is where I belong..."

"I'm not a big social-media person because I prefer to focus my time on being outdoors with my kids," said Silwal, an aspiring natural resource manager who previously worked in environmental education. "So I've avoided social media; I know that probably sounds strange (to some people), but this conference is something that I want to do because it's related to my profession." 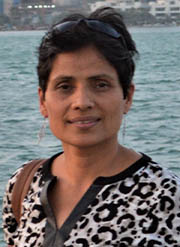 Instead of tweets, likes and shares, Silwal's focus is on the importance of urban green spaces, which are any natural landscapes found among in urban settings, most often associated with city parks or any trees, shrubs or grassy areas within a city.

Silwal's submission, titled "The Role of Urban Green Space in Enhancing Ecosystem Services: A Systematic Review," was accepted for the virtual conference. An in-person SCB conference, called the North American Congress for Conservation Biology, was originally scheduled July 26-31, but was canceled because of the COVID-19 pandemic, and individual working groups like the SSWG used virtual formats for presentations.

"People need green spaces in many ways," Silwal said. "People have realized during this (pandemic) crisis the importance of having green areas close to home, and you see recently how people are flocking to parks, especially in big cities. We find solace in these green places. It's not just the direct benefit (to people) in the form of recreation and quality of life, but there is a myriad of benefits."

Silwal will have to condense the descriptions of those benefits she found in her research to six 280-character tweets posted from her Twitter account using the hashtag #SSWGTC20 at designated six-minute periods on June 16. She will, however, be able to post images and slides with her tweets. Additionally, her presentation will be followed by an online Q&A session conducted in the tweet threads.

According to Silwal, ecosystem services is a fairly recent area of research, with about 90% of related studies in the field occurring in the last 10 years.

"I'm looking at the published studies and trying to synthesize all the information to help educate planners and urban designers," Silwal said. "They usually can only focus on one or two aspects of ecosystem services, so I hope this interdisciplinary approach will give people just one stop to guide them."

Silwal, a native of Nepal who earned a graduate degree in environmental science from the Tokyo University of Agriculture and Technology in Japan, recently completed an internship at Uwharrie National Forest near her home in North Carolina. And while she pursues her SRU master's degree entirely online, the experience of presenting in that fashion is completely new.

"It's going to be a challenge because there are so many good ideas and you just have to boil it down to the ones that the the audience will find appealing," Silwal said.