The Esports Club at Slippery Rock University has hosted esports tournaments on campus in recent years and now SRU students have the opportunity to minor in esports.

SLIPPERY ROCK, Pa. — No longer just considered fun and games, esports has become big business. And now Slippery Rock University is offering esports as an academic program to prepare students to work in the competitive video game industry. Beginning this fall, SRU will offer esports as a minor, which students can pick up by taking 21 credits in classes across multiple disciplines, including hospitality, event management and tourism; exercise and rehabilitative sciences; communication; and sport management.

"Esports is an emerging industry that's become very popular," said Lawrence Shao, dean of the College of Business. "Students can develop expertise across a variety of disciplines related to esports and, depending on how they structure it, could pursue many different avenues, particularly in business."

According to the marketing analytics firm Newzoo, global esports revenue will grow to nearly $1.1 billion in 2021, up 15% from last year. But other researchers claim that a more accurate estimation of the true market value are as much as $25 billion, including a study conducted by Seth Jenny, SRU assistant professor of exercise and rehabilitative sciences.

Jenny is one of the foremost researchers of esports, having founded the Esports Research Network and serving as the deputy editor of the International Journal of Esports. He was also a consultant for a professional esports league, ELEAGUE, and he cowrote the curriculum for one of the world's first bachelor's degree programs in esports at Shenandoah University.

According to Jenny's most recent count, there are more than 110 esports programs offered at approximately 85 different colleges and universities, which now includes SRU. These programs include those that offer esports as minors, certificates, associate degrees, bachelor's degrees and master's degrees. 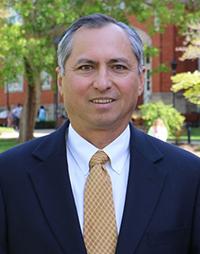 "SRU's esports program will offer students a curriculum that gives them the knowledge and skills that is relevant to today's job market," Jenny said. "But by taking courses in this minor, students aren't pigeonholing themselves into jobs that are just esports. We are also teaching skills that can be used in other types of jobs outside of esports. The best esports programs teach the intricacies of esports but also skills such as conducting research, critical thinking and event planning."

The event planning component is one of the reasons why the esports minor will be housed within the SRU's Hospitality and Tourism Management Department.

"Our department and the College of Business is a very logical area because event planning and event management is a huge part of esports if you look at the jobs in the field," said Jim Dombrosky, assistant professor of hospitality and tourism management and department chair. "But I love the fact that this minor is truly an interdisciplinary program across two colleges (Business; Health, Engineering and Science) and several departments."

The three core classes in the minor are Introduction to Meetings and Event Management, Introduction to Esports, and Current Issues in Esports Health and Society. The latter two are new courses for the 2021-22 academic year and they will be taught by Jenny. The remainder are electives such as Video Production, Public Relations and Promotion for Events, and 300-level sport management classes that include The Fan Experience and Sport Marketing.

Upperclass students can still pick up the minor as long as they are able to fulfill the 21-credit requirement.

"The Intro to Esports class is intended to open up the eyes of students to the immensity of esports, that this is an industry and it's not just about playing video games competitively or as a leisure activity," Jenny said. "We'll go through the various aspects of esports from a business and health perspective and by the end of the course students will understand some of the esports terminology and intricacies of the industry, as well as the various career possibilities."

Even before SRU announced that esports would be offered as a minor, more than 40 students enrolled in Introduction to Esports for the fall 2021 semester as an elective and there is now a waitlist for the class. A second section could be added if enough students are added to the waitlist.

Students outside of the esports minor can take esports classes as part of their Rock Studies threads, which are part of the University's liberal studies program. Also outside of the minor, Jenny is teaching a University Seminar course titled "Game On: This is Esports."

Esports are popular outside of the classroom at SRU as well. Jenny serves as faculty adviser for the Esports Club at SRU, which has been one of the most active student organizations on campus with more than 100 members who competed at regional tournaments, and the club has hosted a statewide tournament.

Current SRU students seeking to add esports as a minor should contact their faculty adviser. More information about enrolling at SRU is available at sru.edu/admissions.