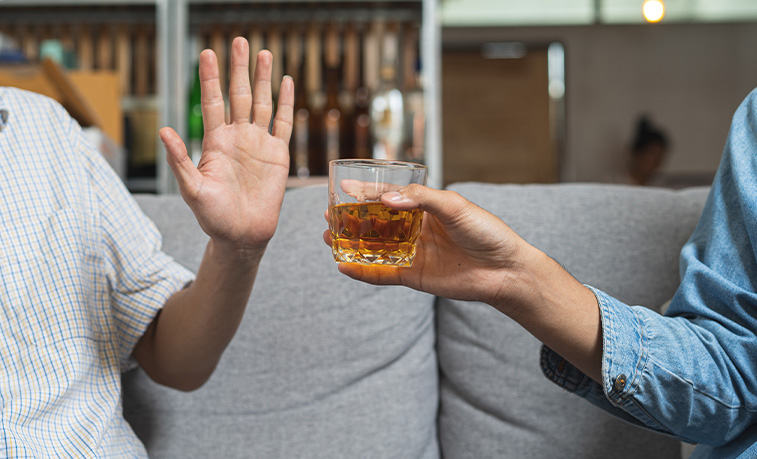 An ongoing research project at Slippery Rock University is studying moral reasoning of college students, for choices such as drinking alcohol, and how their moral reasoning affects their perceived stress levels.

SLIPPERY ROCK, Pa. — There are a lot of factors that cause stress for college students, whether it's an upcoming exam, a career decision, or what they plan to do this weekend. The COVID-19 pandemic has only compounded those stressors, where even a decision to go out in public requires principled awareness. With that in mind, researchers at Slippery Rock University are studying the somewhat paradoxical hypothesis that a heightened sense of moral reasoning may result in more stress among college students.

The research question was raised in spring 2019 by Riley Keffer, then a graduate student majoring in student affairs in higher education, who was interested in moral reasoning theory and how institutions can help reduce the stress of college students.

"College students deal with a lot of stress and mental illness," said Keffer, who earned his master's degree in May. "(One of my hypotheses is that) as college students develop their moral reasoning, they become more aware of issues affecting themselves, their friends or peer groups, and also society, such as social injustice. Their awareness of those things increases and as a result of that they experience stress."

Last year, the research team administered surveys to 30 SRU students to measure their moral reasoning and perceived stress, as well as ask questions related their religious beliefs and practices. A secondary function of the study is to determine if religious engagement is a protective factor in the relationship between a college students' moral reasoning level and perceived stress. 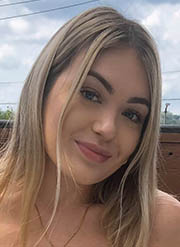 "Higher levels of moral reasoning can create conflict in students' lives if they have an idea about how they think they should behave, but their friends are saying, 'Well no, let's do this,'" Boerger said. "There certainly are data that indicate that there's a higher percentage of college students who are identifying as having difficulty managing stress. Also, there are more students who have mental health problems, such as anxiety and depression, both of which are related to stress. But why this is occurring is not entirely known."

According to the American College Health Association's most recent National College Health Assessment, a quarter of college students nationwide reported high levels of stress in the previous year and 42% of students said stress is an impediment to academic performance.

The COVID-19 pandemic disrupted plans to survey more students last spring, but researchers are planning to survey additional students this academic year with a goal of 120 respondents. After that, they will analyze the data.

Hazelet acknowledged that the next round of questions will find respondents considering questions about "deviant behavior" quite differently than a year ago, when typical moral decisions facing college students were related to things like underage drinking.

"Now deviant behavior might be something like gathering in large groups where six months ago that would have never been considered a moral decision," Hazelet said. "(Moral reasoning and stress) are even bigger topics in today's society with all the different things going on. There are huge topics including systemic racism and social justice in addition to the COVID-19 pandemic."

Hazelet is an example of Keffer's hypothesis that college students develop their moral reasoning as they become more aware of issues.

"Compared to when I was in high school, I've grown so much in terms of how I think about myself, how I think about others and how what is going on not only affects me but my peers as well," Hazelet said. "Even just being concerned for others affects my stress level. That's why I'm really interested in this research."

According to the researchers, the results of the study could help colleges and universities implement practices to limit stress of their students. The connection to religion as a protective factor is being analyzed not as an approach that secular colleges should consider, but rather for adapting the traits of religious engagement.

"If it does turn out that involvement in religion helps mitigate stress, the next step is to figure out what is it in that involvement that is a protective factor," Boerger said. "Is it social support? Is it the sense of having meaning in life? Then we can think about what other types of organizations that universities can encourage, to a greater extent, to help students get those experiences that are not necessarily in a religious context."

Keffer is now working as a research analyst for the University of Massachusetts' Donahue Institute, conducting project-based research for clients in education, health and government. His current project is for the Massachusetts Department of Early and Secondary Education.

Hazelet, who has a concentration in neuroscience, plans to attend medical school after graduating, but she said the research experience at SRU will add value to her career.

"Being a neuroscience major, we talk about stress constantly and how it affects people neurologically, and this research will help me understand my subject matter (better)," Hazelet said. "It's important to have research experience in case I decide to conduct research in the future, but it's also really useful to have research writing experience and to be able to effectively communicate with my peers."

To learn more about psychology programs at SRU, visit the department's webpage.