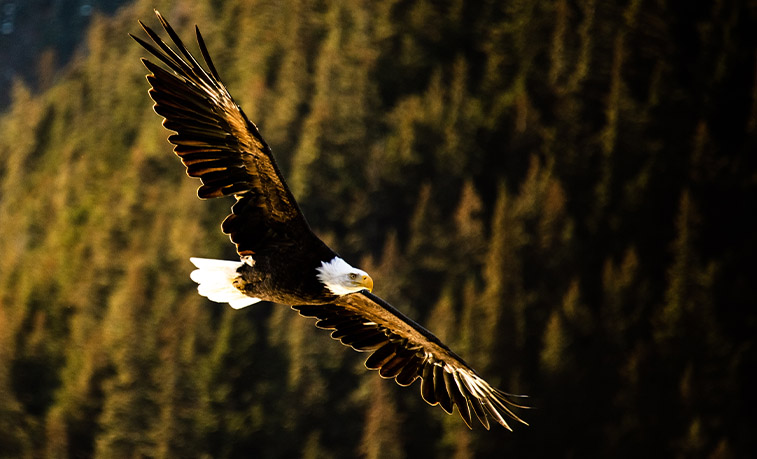 The bald eagle was one of many animal and plant species that Slippery Rock University graduate Tom Chisdock, ’84, helped protect during his 33-year career in wildlife law enforcement.

SLIPPERY ROCK, Pa. — Not long after Tom Chisdock graduated from Slippery Rock University in 1984 with a degree in parks, recreation and resource management, he read an article in National Geographic that detailed an undercover operation that was carried out by special agents of the U.S. Fish and Wildlife Service. Chisdock was immediately taken by the thought of being one of only 220 special agents in the Office of Law Enforcement of the USFWS, the nation's oldest federal conservation agency.

"After reading that article, I just knew that's what I wanted to do," Chisdock said. "I wanted to be a part of wildlife law enforcement."

Chisdock already had a burgeoning career protecting natural resources, having interned and worked for eight years with the National Parks Service. But when he became a USFWS special agent in 1995, he began making an impact on the profession that was felt throughout his 24-year career. Chisdock, who retired last year, has been awarded the 2020 Guy Bradley Award, presented annually by the National Fish and Wildlife Foundation "to recognize extraordinary individuals who have made an outstanding lifetime contribution to wildlife law enforcement, wildlife forensics or investigative techniques."

During his career, Chisdock conducted several investigations into the domestic and international commercial trafficking of U.S. native wildlife. His investigations resulted in more than 50 arrests, most of which yielded felony prosecutions. Defendants were sentenced to nearly 200 years in prison or probation and ordered to pay nearly $856,000 in fines, forfeitures and restitution.

"Tom's career achievements set a gold standard when it came to disrupting large criminal organizations and individuals who choose to prey on wildlife and plants for financial gain," said Edward Grace, OLE assistant director, in a statement released by the USFWS. "We are very proud of Tom's investigative record, dedication to duty and expertise in the fight to preserve our nation's, and the world's, natural resources."

Although a magazine article may have inspired Chisdock to identify and pursue his dream job, he credits SRU for setting the course for his entire career. 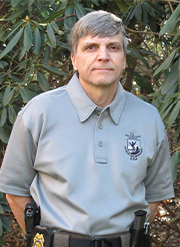 "SRU played a very important role and molding, not only my educational background, but

my career aspirations," Chisdock said. "The professors provided a lot of inspiration through the classroom, extracurricular activities and the know-how I needed for my early jobs."

Chisdock specifically mentioned late SRU professors Gary Wakefield, Craig Chase and Bill Shiner who, he said, "motivated and excited me about all the job opportunities."

After Chisdock's freshman year he worked on a trail crew in Alaska and later conducted a practicum in Maine and an internship as a seasonal park ranger at Rocky Mountain National Park in Colorado.

His first full-time job after graduating was as an NPS park ranger at Natchez Trace Parkway in Mississippi, and for four years before he was hired by the USFWS he was a park ranger in Denali National Park in Alaska. His first duty station as an OLE special agent was in Torrance, California, outside of Los Angeles.

"I went from a 6-million-acre park in a remote area of Alaska to one of the largest cities in the U.S.," Chisdock said. "A lot of people asked me, 'So this is your dream job?'"

Torrance is a port of entry, so as a special agent Chisdock was investigating and inspecting cases such as the pet trade and animals taken in foreign commerce that were being imported to the U.S. He later spent time in Bellingham, Washington, before settling in Asheville, North Carolina, where he and his wife, Kimberly, continue to reside. The couple has two adult children, Lauren and Eric.

Through his investigations, Chisdock helped dismantle multiple networks of illegal ginseng diggers on public lands in places like the Great Smoky Mountains National Park. The wild ginseng plant is native to North America and East Asia and it's sought after for medicinal purposes, particularly in Asian countries. In one of the major cases that Chisdock investigated, the ginseng diggers were using the trade to fund a drug operation.

Chisdock also led investigations that protected a variety of animals, including bears, eagles and turtles, while cracking down on illegal trade. For example, bald eagle carcasses are coveted by Native Americans who use them for religious purposes or social ceremonies, known as pow wows, and although bald eagles can be obtained legally there is such a great demand that many are traded on the black market.

"We protect plants and animals from commercialization through complex multiyear, multi-jurisdiction and international investigations," Chisdock said. "It's not so much going out like a game warden or a wildlife officer who is uniformed and contacting hunters, it's more long-term investigations and things that the states can't necessarily handle on a daily basis."

Earning the Guy Bradley Award, named for the first wildlife officer killed in the line of duty, was not something that Chisdock aspired to achieve, but he is grateful for the recognition. He donated the $2,500 check for receiving the award to an Audubon center in Mississippi that will provide scholarships for children to attend a summer camp.

"This is a prestigious award, but like most people in wildlife law enforcement careers, we just love what we do and think we have the best job in the world," Chisdock said. "We just go out there every day to do the best job we can to protect the species; it's not to get recognition."