SRU students get creative with video to deliver environmental education 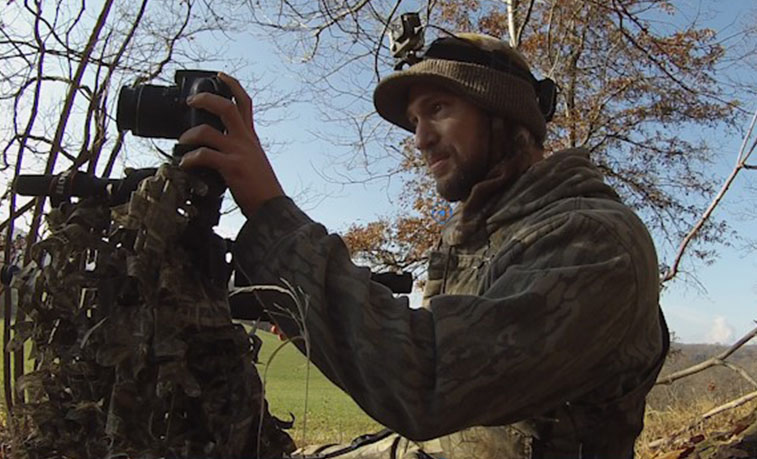 SLIPPERY ROCK, Pa. — As with many forms of education during the COVID-19 pandemic, environmental education has migrated to Zoom, YouTube channels and other forms of virtual presentation. The transition from outdoors to online has created new opportunities for Slippery Rock University students to exhibit creativity and reach wider audiences. Two such examples include a graduate student in SRU's environmental education program, who as a high school biology teacher, has created a video blog for his students, while SRU undergraduate students in a park and resource management class are creating virtual interpretive trail videos for the public.

"The entire environmental education community is reeling from the effects of COVID-19," said Becky Thomas, associate professor parks, conservation and recreational therapy. "Environmental educators get into this field because they like to be outside and they like to be interacting with people in-person. With so many things shutting down because of the pandemic, people had to transition to operating in virtual formats. But through that transition, we have identified some ways in which a virtual format actually provides opportunities that are not possible if you are only in person."

A great example comes from "Captain Coleslaw." That's the online moniker of Gino Colella, an online graduate student majoring in environmental education from Saltsburg, who created of an educational outdoors show on his YouTube channel, Captain Coleslaw Outdoors. The name comes from an autocorrect mishap of his surname but Colella uses it to distinguish his YouTube channel from other outdoors shows.

"No one's going to try to copyright Captain Coleslaw Outdoors," Colella said with a laugh. "Even my students call me 'Coleslaw,' or 'Mr. Slaw.' It's a fun way to keep them engaged with something new to help spread the word. The entire show is supposed to be fun, informative and different, and so far, I'd say that it's achieving all three."

"When the pandemic hit, I wanted to do something for the kids who were going to be learning in a virtual space," Colella said. "So, I started a YouTube channel where I literally just video blogged all my hunting, fishing and foraging adventures that I've been taking part in my entire life. But in doing so, I've been making a special effort to put a biologist and environmental scientist spin on it."

For example, Colella will set up multiple video cameras, using his smartphone or a GoPro camera strapped to his head, while he hunts deer and then show examples of how the ecosystem suffers if there are too many deer in an area.

"Most students at Kiski are much less exposed to hunting culture compared to other Pennsylvania high schools, but that has made this platform that much more effective because I can show a wild turkey hunt to students who have never even held a gun before," Colella said. "There's a lot for them to take in by watching these videos. It has opened a lot of their eyes to just how much strategic thought, ethical laws and regulations, and the ecology play into the sport." 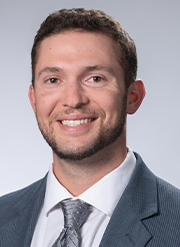 Colella has already produced 40 videos since piloting the show last March and he typically assigns an episode for his students to watch each week, tying a classroom lesson into a related topic.

"He's so excited about these opportunities," Thomas said. "He has a very supportive administration at his school that is open to innovation and trying new things, and for him to be able to apply his learning at SRU in this way is just awesome."

Colella is enrolled in Thomas' Social Science Research Methods in Conservation this semester and he and Thomas have applied for grants to study the effectiveness of virtual environmental education practices such as using Captain Coleslaw Outdoors.

"During a normal semester, we would have the students set up in stations along a trail at the Macoskey Center where public audiences can visit the facility and learn about some aspect of sustainable resources," Thomas said. "Since we have been fully virtual this semester, the students came up with some great videos about sustainable energy systems and it has been a lot of fun."

Students either worked in groups or individually to produce the videos, presenting topics that include solar panels, woodstoves and living roofs, which is a system for growing vegetation on building rooftops. Kaylee Ringer, a senior resort, recreation and hospitality management major from Mercer, taught herself stop motion animation for her video about geothermal heating and cooling.

"I recently watched the animated movie 'Coraline' and when this project was coming up, I thought, 'I could totally do that,'" Ringer said. "I've never done anything like that before and I thought it'd be something creative and different, so I just gave it my best shot."

Ringer is interesting in picking up environmental communication and heritage interpretation as a minor, for which the class is a requirement. Most of the students in the class are park and resource management majors, but that doesn't mean they don't have video editing experience.

Jamie Walker, a junior park and resource management major from Harrisville, wanted to pursue a career in cinematography but chose her current discipline instead. Walker shot and edited video for the living roofs presentation and considers the skills a benefit for environmental educators.

"It's really important to capture what we know through a camera lens rather than writing an essay," Walker said. "Video is more engaging and a lot of people will be able to access this information online anytime and from wherever they are in the world, rather than having to drive to the Macoskey Center for an event. This also gave us a creative outlet to educate the public rather than just reading from a textbook for interpretive (presentations)."

"There are all kinds of ways that students can use these interpretive skills," Thomas said. "A professionally done interpretive program is connected to the mission of an agency, it is relevant and enjoyable for the people who are experiencing it, and it provokes them into thinking about next steps that they might take. It's not simply conveying information, but relating to the audience and inspiring them to take action."

Video producing skills are also valuable as state parks and other agencies are finding new ways to reach audiences.

"That is how we are delivering our programming right now," Thomas said. "It's just all about being flexible and responsive to the changing conditions of our field. One of the benefits is that our message is reaching a larger audience than it would in person. Developing virtual mechanisms for communicating our message can be a way to provide interpretive programming to those audiences."

To learn more about SRU's park and resource management and environmental education programs, visit the Parks and Conservation Department webpage.