SRU students are making better decisions with drug and alcohol use 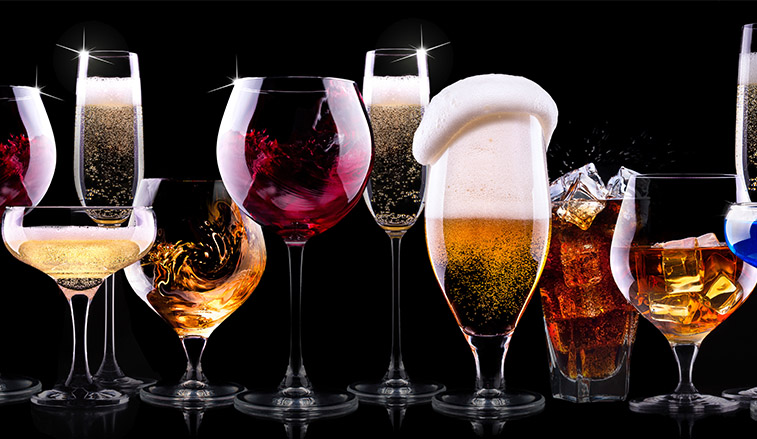 SLIPPERY ROCK, Pa. - College students and young adults are often portrayed in popular culture as a demographic that looks to get drunk or high at the drop of a hat and stumbles from one party to the next. While that stereotype plays well in the media, it just isn't accurate, especially when applied to Slippery Rock University students, said Renee Bateman, SRU health promotions coordinator. And she has the facts to back it up.

"Most of our stats show that a significant amount of our students are making very healthy, responsible decisions," said Bateman, who noted that first-year students' perception of college life involving rampant drug and alcohol use is "not necessarily what they experience when they come to SRU."

The American College Health Association National College Health Assessment, surveyed nearly 100,000 colleges students at 137 institutions around the country last spring, including more than 700 at SRU. Of the SRU students surveyed, 14 percent reported they did not drink at all. Of those who reported drinking, 64 percent said they did not binge drink, which is defined as having five or more consecutive alcohol drinks in one sitting.

"Of the students who do drink, most don't suffer from problematic alcohol use," said Kristina Benkeser, SRU's director of student health services. "But we have both ends of the continuum, with the non-drinkers and the very problematic drinkers."

After steady climbs of alcohol-related visits to the SHC in the late 2000s and early 2010s, cases have decreased by 36 percent in the last three years (173, 145 and 110, respectively). Benkeser and Bateman said there are many possible reasons for the decline, but a big reason is education and programming such as Step Up!, a bystander invention program that was started six years ago through a grant from the Pennsylvania Liquor Control Board. All students are introduced to the workshop, and others like it, at orientation. The program is often then repeated throughout the semester in residence halls and classrooms.

"It's all about noticing a problem and understanding whether or not to help," said Bateman, who noted that students are trained to recognize when to bypass the SHC and call an ambulance directly. "(Student are taught to) look at is a community issue and not, 'Well, they are the one who is drinking and being stupid, so I'm just going to let it go,' and looking at how it impacts our communities."

Overall, high-risk drinking has decreased on the national level for college students. According to the 2016 "Monitoring the Future: National Survey on Drug Use and Health," released by the National Institute on Drug Abuse, 40.8 percent of college students reported to have "been drunk" in the last 30 days. This represents the sixth straight year the number has been below 43 percent after spiking to 47 percent for three years in the mid-2000s. College students reporting any alcohol consumption in the previous month was 63.2 percent, the lowest since the survey was first administered in 1991.

The ACHA-National College Health Association data for both SRU students and the national references are much less than the NIDA data, with only 2 percent of SRU students reporting marijuana use in the last 30 days and 34 percent having tried marijuana in their lifetime.

Benkeser and Bateman see both alcohol and marijuana as concerns, especially with "a shift" in the perception of marijuana use since 30 states, including Pennsylvania, have legalized marijuana either for medicinal or recreational purposes.

"It's a cultural thing," Benkeser said. "Younger generations don't see marijuana use as problematic because they've grown up in this culture of marijuana having a medicinal use. Marijuana is still a gateway drug; some people smoke pot and never move on to other drugs, but many people who do, move on to harder drugs."

Use of other drugs, such as opiates and non-prescribed stimulants (Ritalin and Adderall, for example), were reported in small percentages by SRU students, with 2 percent having ever used opiates and, in the last year, 7 percent reporting having used prescription stimulants not prescribed to them.

"The percentage of students who use drugs other than marijuana is fairly small," Benkeser said, "But the problem is very real and very serious and it has catastrophic consequences for the people involved."

Student Health Services, open 24 hours a day during the semester, offers students a variety of clinical and ongoing preventative services and programs. For more information, call 724.738.2052 or visit: www.sru.edu/SHS.