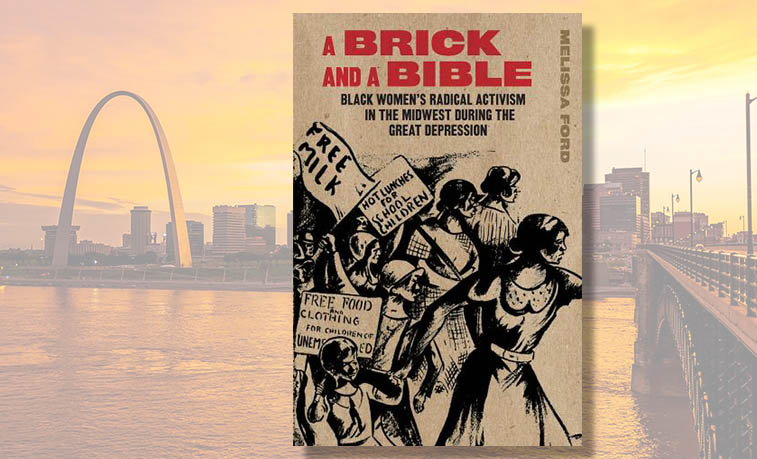 “A Brick and a Bible” is a new book by Melissa Ford, Slippery Rock University assistant professor of history, about Black women's radical activism in the Midwest during the Great Depression.

SLIPPERY ROCK, Pa. — When many people traditionally think of the American Midwest, the images of "amber waves of grain" and the stolid farmer come to mind, not groups of women factory workers or Black activists. Melissa Ford, a Slippery Rock University assistant history professor, was raised in Missouri, known as the Show Me State, and she authored a book to help show others that there's more to the history of Midwestern cities than people, including her, were led to believe.

"There's the stereotype that it's quiet and nothing happens there," Ford said. "But when I learned about these Black women who led this charge for justice, not only in St. Louis, but in places like Cleveland, Chicago and Detroit, all in the 1930s, I had to know more. I felt like I had been lied to (in school), and I had to know how Black history shaped the Midwest during this time." 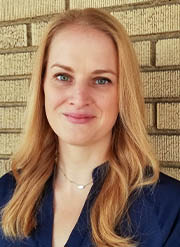 The Midwest has recently become the center of social unrest and the Black Lives Matter movement in places such in Minneapolis and Ferguson, Missouri, but even before the civil rights movement, there were social revolutions in the nation's heartland, particularly ones led by Black women. Ford's book, "A Brick and a Bible," which will be released by Southern Illinois University Press, April 28, details the plight and courage of Black working-class women in the Midwest during the Great Depression. Many of the women had just migrated to "the promised land" only to find hunger, cold and unemployment, but they were able to forge a region of revolutionary potential.

The title is derived from one of the stories in Ford's book about a 1933 strike at a nut-picking factory in St. Louis, where mostly Black workers encountered terrible working conditions.

"This woman named Carrie Smith gets on the front steps of city hall, and she literally has a Bible in one hand and brick in the other," Ford said. "She says that the workers must stick together and 'Girls, we can't lose!' Two weeks later, they win their demands."

Ford said that the image of the brick and the Bible resonated because it was metaphorical, representing their militant stance and their religious backgrounds, but having both objects at the picket lines made it quite literal as well.

Recent social uprisings in the Midwest, and how they were covered by the media, was part of Ford's motivation for writing the book.

"The national news media was looking at Ferguson and saying, 'Well, how could this happen in Missouri?' and perpetuating the stereotypes of (the Midwest) being this quiet, white, farmland," Ford said. "There's really this strong history of Black radicalism of Black men and women and their allies fighting tooth and nail to get their voices heard. Ferguson is just the latest iteration of that: it doesn't come out of nowhere; it comes out of this long legacy of activism."

Ford hopes that people feel "equally inspired and outraged" upon reading "A Brick and a Bible."

"Inspired because of the stories of these women are remarkable," Ford said, "but outraged because a lot of the things that these women were fighting for in the 1930s, such as fair wages and access to health care, people are still fighting for today."

The book is available for purchase on the SIU Press website.

Listen to an interview with Ford about her book from the "Hello, SRU" podcast.

More information about Ford and the history programs at SRU are available on the department's webpage.