Office hours can be found here. 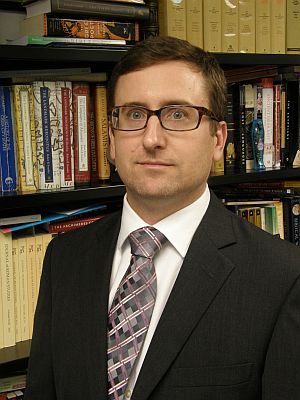 Dr. Bergmann grew up in New Hampshire before moving to Pennsylvania for his undergraduate degree. After completing his Ph.D. at the University of Cincinnati, he spent seven years teaching in northern Michigan before returning to Pennsylvania to work at SRU.

Bergmann's historical interest is in the relationship between the federal government and the development of the early American West, particularly in the Ohio Valley. His dissertation, "Commerce and Arms: The Federal Government, Native Americans, and the Economy of the Old Northwest, 1783-1807," won the Allan Nevins Prize from the Economic History Association in 2005.

His first book, The American National State and the Early West, was published by Cambridge University Press in 2012. In it, he shows that the federal government contributed to western expansionism and economic development in the trans-Appalachian West prior to the War of 1812. Bergmann also has published articles in Ohio Valley History and Early American Studies.

His current book project is a biography of Isaac Shelby, the first and fifth governor of Kentucky.  He is also working on an article about masculinity and credit reporting prior to the Civil War. In addition to his teaching, Bergmann is currently serving as interim Co-Editor of Ohio Valley History, a peer-reviewed, quarterly journal. 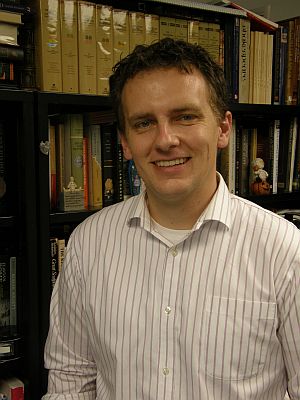 A native of southwest Virginia, Aaron Cowan has been teaching at Slippery Rock University since 2008.  He is the author of A Nice Place to Visit: Tourism and Urban Revitalization in the Postwar Rustbelt, published in 2016 by Temple University Press. The book examines the rise of tourism as a revitalization strategy in struggling "Rustbelt" cities, and the effects of that development on cities' political, economic, and social dynamics.

Dr. Cowan is also founder and director of SRU's Stone House Center for Public Humanities, an initiative that seeks to build partnerships between university and community that expand public appreciation of the humanities. For more information visit stonehouseCPH.org.

Dr. Cowan lives in Grove City with his wife and three children. When not teaching, writing, or buried under a pile of grading, he enjoys reading fiction, playing tennis, and cheering for the Cincinnati Reds.

Dr. Ford joined the History Department at Slippery Rock University in Fall 2017 after completing her PhD in American Studies at Saint Louis University. A native St. Louisan, Ford's research interests centered on race, gender, radical social movements, and the Midwest. She is working on revising her dissertation, "A Bible in One Hand, A Brick in the Other: African American Working Women and Midwestern Black Radicalism during the Great Depression, 1929-1935," into her first book, under contract with Southern Illinois University Press. The project explores how working class black women aligned with American Communists during the nation's greatest economic downfall to achieve significant gains in worker's , women's, and civil rights.

When not writing or in the archives, Ford loves watching her St. Louis Cardinals and Blues, hiking and camping, and performing improv comedy. She is the proud advisor of the SRU Rock'em Sock'em Improv Troupe! 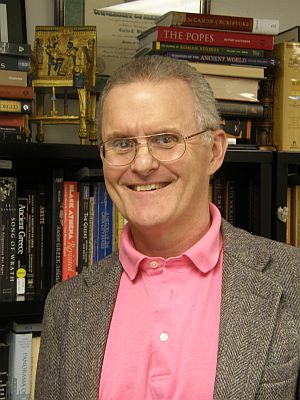 Professor Levy has been teaching at Slippery Rock for over thirty years.  He is the author of several books on topics in American History covering such areas as music, sports, politics and education.  His most recent work is a two-volume biography of the New York Congresswoman and political activist Bella Abzug.  Professor Levy received his undergraduate degree from Washington and Jefferson College and his Masters and Ph.D. from the University of Wisconsin in Madison.  He teaches courses in American, European, and Russian History. I was born and raised in Vancouver but spent most of my adult life in New York City and in England before began teaching at SRU in 2007.

My research projects have been varied, but they always focus on questions of identity in late 19th and 20th Century Britain and its Empire.  I continue to expand on the subject of my dissertation: "Return Ticket:  The Anglo-Sudanese and the Negotiation of Identity, 1920-1965," in a larger project that examines the expectations of individuals prior to their initial journey to the Sudan, and the strategies used to bridge the gap between their lived experiences in the Sudan and their metropolitan counterparts' assumptions about what a colonial life entails.  Along the way, I've also written about the Olympics, pensions for colonial administrators, and the emotional and psychological processes of moving house and home from one country to another.

Recently, my interests have turned towards the role of the Humanities in the health and success of a modern democracy. As Co-coordinator of the Stone House Center for Public Humanities, my current focus has been on establishing a third space between the university and the community where the Humanities can help create informed and empowered citizens.

I completed a BA (Political Science) and an MA (American History) at Purdue University and earned a Ph.D. (Latin American History) from the University of Miami in Coral Gables. I have an established record of scholarly excellence including a half-dozen research monographs published by university presses in the US and Panama, a coauthored US History textbook, and more than one dozen articles published in professional journals.  I have also served as Director of Latin American Studies at BYU (where I established the Rey L. Pratt Center for the Study of Latin America online), served as a senior Fulbright Scholar, and taught at six universities throughout North and Central America.  Fellowships, teaching awards, and serving as Joint Historian for the US Department of State and Central Intelligence Agency round out my C.V. 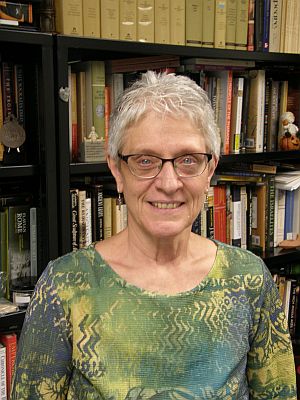 Dr. Rieder was born and raised in Cincinnati where she got her undergraduate degree in Biology. She taught high school science for a number of years before returning to school for her graduate degree. She attended the University of Illinois Urbana-Champaign, where she earned a PhD. in medieval history focusing on the relationship between women and religion in France. After completing her degree, she left the Midwest and moved out to the Great Plains where she joined the faculty at the University of Nebraska, Kearney. For six years, she taught Western Civilization and courses on medieval history to both undergraduate and graduate students. In the summer of 2006, she moved to Pennsylvania and began teaching at Slippery Rock University in the fall. When she's not teaching, she enjoys attending concerts at Heinz Hall, gardening, and reading, especially mystery novels. 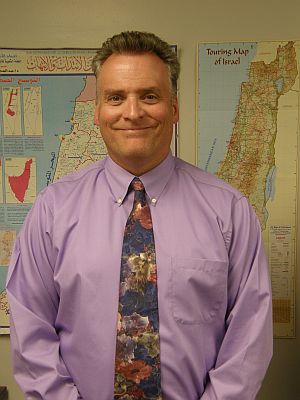 I worked for the US government before taking my current position at Slippery Rock University in 2006. Related to my work, I have visited Egypt, Iraq, Israel/Palestine, Jordan, and England. I was working for the US government during my six-month stay in Iraq in 2005. My main area of specialty is modern Middle East history, with an emphasis on the Arab-Israeli-Palestinian conflict.

I live with my two boys in Slippery Rock, PA. Along with spending time with my family and friends, I love music (eclectic, but deeply into jazz), reading (including outside my field when I have time), sports (all racquet/paddle sports, football, baseball, basketball), and anything that flies (from paper airplanes to RCs).

Teaching fields: the history of the modern Middle East, Jewish history, Israel, and mass killing and genocide in the modern world. 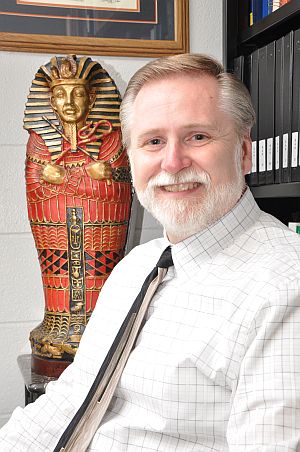 Since before he could read, Dr. White developed an interest in ancient civilizations (starting with an obsession for the pictures in a book about Tutankhamun that was in his childhood home).  Despite growing up in rural Indiana, he had access to ancient artifacts - including two of three Egyptian mummies in the entire state held at small local museums - that encouraged his interests in antiquities further.

The formal education that he received (BA, Johnson University, MDiv  from Southern Baptist Theological Seminary, AM and PhD from University of Illinois) allowed him to progress towards his current profession as a historian and educator.  He joined the faculty at Slippery Rock University in 2002, following stints as an adjunct professor at University of Illinois and Millikin University.  He maintains professional affiliations with the wider scholarly community through his memberships in the Association of Ancient Historians, the Society for the Study of Egyptians Antiquities, and The Society for the Promotion of Roman Studies.

Research fields:  Ancient Greece and Rome (with particular interest in constitutional development and legal tradition), the Ancient Near East including Egypt, and Biblical studies.