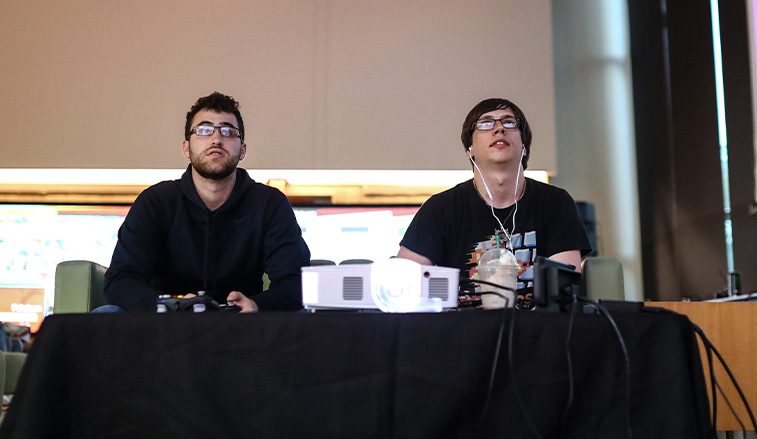 As more students are playing esports at Slippery Rock University, a faculty-student research group in the Management and Marketing Department is conducting a study of students’ attitudes and behaviors related to esports, including the correlation between hours spent gaming and their GPAs.

SLIPPERY ROCK, Pa. — Tabea Ohle is captivated by esports. And although she loves playing Mario Kart, her interest has little to do with actually playing competitive video games. Instead, the 2020 Slippery Rock University graduate is intrigued by researching the social and economic effects of esports.

"Esports has so much to offer and I'm fascinated by understanding it better," said Ohle, who studied esports while earning her master's degree at SRU in business administration. "You see all these (gaming) events (being staged) in sold-out arenas. I had a hard time understanding why people would go to watch someone hit buttons (on a controller), so I wanted to learn more about it."

Professional esports leagues and associated live events are proliferating around the world. In 2018, there were more than 700 in-person events that amassed $57.4 million in ticket revenue. However, the majority of audience share comes from viewers on live-streaming platforms such as Twitch and YouTube. Last summer's Fortnite World Cup Finals was watched by more than 2 million concurrent viewers. Overall in 2019, global esports revenues exceeded $1.1 billion with an audience of 450 million, increases of more than 25% and 15%, respectively, from 2018.

Ohle is a native of Berlin, Germany, where she studied sport and event management as an undergraduate at the University of Applied Sciences, Europe. While many esports influences appeal to Ohle, she is most interested in esports participation, which was a focus of the research she conducted at SRU as part of her Master's Project elective course.

"For me, it was important to find out which factors play a role in the participation of esports," Ohle said, "because it is such a big developing area with the economy and the sports world in general."

Under the mentorship and advising of SRU's Kurt Schimmel and Jeananne Nicholls, professors of management and marketing, Ohle studied the impact of esports on college campuses, particularly the correlation between students' GPA and their average time spent playing esports. Furthermore, her research explored students' attitudes, norms and behavioral intentions related to esports and the possibilities that esports could enhance student development. 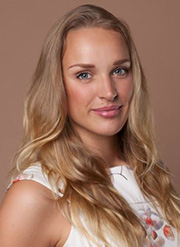 Colleges and universities are becoming heavily involved with esports by sponsoring teams, both at the varsity and club levels, and even adopting esports undergraduate degree programs. Esports at SRU has emerged in the past year, both in terms of student participation in a club team and faculty research.

Ohle's research included emailing surveys to more than 1,000 SRU undergraduate students and collecting responses from 141. The questions asked about their habits, attitudes and behavioral intentions related to esports, as well as their academic performance. The results, according to the researchers, could benefit marketers, educators and education marketers alike.

"If I'm a marketer, I want to know who's participating and who's watching esports," Nicholls said. "Once I know that information and the terms (the attitudes, norms and behaviors), then I can use that to shape my marketing and communication messages around them. There's a science to marketing, so this research is not just about esports, but these motivating factors."

"There are two messages for two different audiences but with the same data," Schimmel said. "One is the marketing aspects, such as why do people participate, and the other is to determine the effects of esports to GPAs."

Nearly half of the survey respondents posted GPAs of 3.5 or higher. The researchers have yet to release their complete findings as they are planning to present them at virtual academic conferences in the fall. They will use peer feedback to further develop their manuscripts for academic journal submissions.

"I don't believe esports has a negative influence on behavior and students' willingness to learn and study and do well in school," Ohle said. "We didn't find a negative correlation between GPA and the sport itself. Some students may play as much as 10 hours per week and still have a 4.0 GPA."

Ohle was able to dig deep into the research, applying the theory of reasoned action, which aims to explain the relationship between attitudes and behaviors within human action. She gained experience using Qualtrics, a subscription software service for collecting and analyzing survey data, as well as statistical analysis software, such as SPSS, and learned from Schimmel about sophisticated structural equation modeling.

"I learned so much from the research process and Drs. Nicholls and Schimmel did an amazing job helping me," Ohle said. "Everything from the (Institutional Review Board) process, to the analysis, to writing the paper was interesting to me."

Ohle has the potential to be a first author on a peer-reviewed article, which will enhance her credentials if she decides to pursue a doctoral degree. Right now, however, she's back in Germany planning her next move and is considering a career in sport management, marketing or even working at a university, especially with more institutions exploring the benefits of esports.

"She's a phenomenal student with excellent mathematics skills and she has a solid foundation for some of the advanced statistics," Schimmel said. "She wanted to have a concentration in marketing and hone some skills by doing a project with marketing data analytics. To have the opportunity to tie those educational focus areas to a personal interest of hers made it a great learning experience from all sides."

For more information about SRU's Management and Marketing Department, visit the departments webpage.