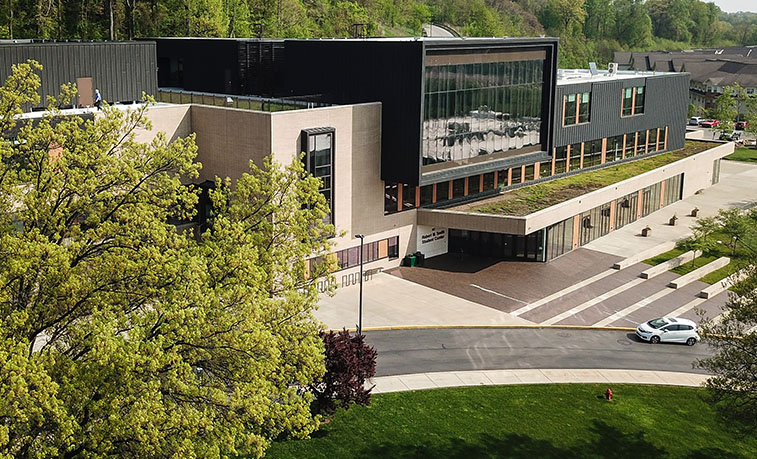 The 2021 Slippery Rock University Distinguished Alumni Awards and the Rock Solid 10 Under 10 will be presented at the Smith Student Center Ballroom, Oct. 15 and 16.

SLIPPERY ROCK, Pa. — Slippery Rock University is celebrating its alumni at two separate awards presentations, Oct. 15 and 16, during its Homecoming weekend. The 2021 Distinguished Alumni Awards will be presented at 5 p.m., Oct. 15, and the Rock Solid 10 Under 10 ceremony and will be awarded at 7 p.m., Oct. 16. Both events, hosted by the SRU Alumni Association, will take place in the Smith Student Center Ballroom.

The Distinguished Alumni Awards honor SRU alumni who have translated their SRU experience into distinguished personal and professional achievement, community service, or service or philanthropy to SRU, while distinguishing themselves by reaching the highest level of accomplishment and possessing the highest standards of integrity and character to positively reflect and enhance the prestige of SRU.

The Rock Solid 10 Under 10, formerly known as the Young Alumni and Recent Alumni Awards, recognizes SRU alumni who graduated no more than 10 years ago and who have significant professional and personal accomplishments.

"We have an amazing group of alumni who have achieved tremendous success and exemplify what people can do with an SRU education," said Kelly Bailey, director of alumni engagement. "They come from a wide range of careers and experiences that touch on a variety of areas across the world and right here on campus. We're excited to welcome them back and celebrate their contributions."

Craig Fraser, '86
Fraser, who earned a degree in business, is the CEO and president of Windtree Therapeutics, a publicly traded global biotechnology and device company. During his 29-year career, Fraser has been a leader in product development and commercial operations and in building biopharmaceutical and device businesses for both startups and larger companies. A veteran of both the U.S. Marine Corps and the U.S. Army, Fraser has been involved with several service organizations, including American Corporate Partners, the Wounded Warrior Project, HelpHopeLive, Knights of Columbus and the Marine Corps Scholarship Foundation.

George Mihalik, '74, '76M
Mihalik graduated from SRU with a bachelor's degree in health science education and a master's degree in health science. He is a former SRU football player and coach, professor and key figure in the development of SRU's safety management program. He served as The Rock's head football coach for 28 seasons, compiling a school-record 197 wins and winning eight Pennsylvania State Athletic Conference Western Division Championships. He was one of the few coaches in the nation who had a doctoral degree and managed all his coaching successes while also serving as a full professor in the SRU Safety Management Department, after developing and starting the safety management program in 1982.

John Ligato, '71, '74M
Ligato is a Vietnam War veteran who was wounded in combat while serving in the U.S. Marine Corps as a basic rifleman. He was nominated for a Silver Star for his valor during the Tet Offensive, among other military decorations. After the war, he earned his bachelor's and master's degrees at SRU while working at Butler County ARC, where he initiated the first group home in Pennsylvania. He later joined the FBI and was assigned organized crime cases, spending eight years in deep cover with the Italian mafia before receiving the Attorney General's Award. In his retirement he served an as adjunct professor and authored five books.

Rear Admiral Linnea Sommer-Weddington, '81, '96M
Sommer-Weddington enlisted in the U.S. Navy before she graduated from SRU and served in national cryptologic operations. After completing her enlisted service in 1986, she was commissioned as a Navy Reserve cryptologic ensign in 1989 and was recalled to active duty in 2002, becoming deputy chief of staff-cryptology for commander, Naval Air Reserve Force, with several command tours between 2005-13. She was mobilized to support Operation Enduring Freedom in 2012 as U.S. Forces-Afghanistan director of information operations in Kabul. After other assignments and promotions, her final duty assignment was as the J6 Deputy and J6 Director, U.S. Strategic Command. She's earned several decorations, including the Defense Superior Service Medal, and she is the longtime business manager for the Weddington Art Gallery.

Karen Perry, '79, '80M
Perry has been an active member of the SRU community since she enrolled at the University in 1975 and graduated with a bachelor's degree in health and physical education and a master's degree in community leisure recreation. She was part of the first staff of SRU's Office of Campus Recreation in 1999 and retired in 2020 as the director of the Aebersold Recreation Center. She served the University on a variety of committees and annually volunteered at campus events and for service organizations, including a breast cancer awareness walk that raised money for the Pennsylvania Breast Cancer Coalition. She's served multiple terms on the SRU Alumni Association board of directors and she is active participant and volunteer in alumni events.

The recipients of the Rock Solid 10 Under 10 include:

Shawn Bean, a 2011 graduate with a master's degree in physical education, who is the department coordinator for Health and Physical Education at Cranberry Junior-Senior High School.

Audrianna Bly, a 2011 graduate with a degree in business management, who is the general manager at SpringHill Suites of Butler Centre City.

Savannah DeLeon, a 2015 graduate with a degree in communication, who is an associate at Booz Allen Hamilton.

Brandon Fusco, a 2010 graduate with a degree in safety management, who is an NFL football player who has played for the Minnesota Vikings, San Francisco 49ers and Atlanta Falcons.

Jordan Grady, a 2015 graduate with a bachelor's degree in accounting and finance and earned an MBA in 2016, who is the executive director of the Butler County Chamber of Commerce.

Marcie Johnson, a 2013 graduate with a degree in communications, who is the director of young alumni and student programs at the University of Pittsburgh.

Mike Madden, a 2012 graduate with a degree in political science, who is the director of the Pittsburgh Innovation District, Oakland Task Force.

Sean Murphy, a 2011 graduate with a degree in music education, who is an assistant professor of arts management and entrepreneurship at Baldwin Wallace University.

Benjamin O'Leary, a 2010 graduate with a degree in accounting, who is a CPA, CPE and audit manager at Schneider Downs.

Christina Wojnarwsky, a 2014 graduate with a degree in athletic training, who is a certified physician assistant in hospital medicine at Adfinitas Health at Baltimore Washington Medical Center. 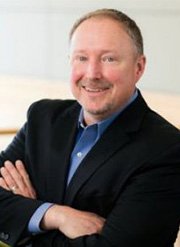 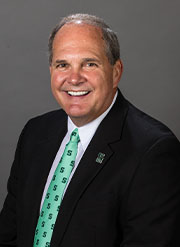 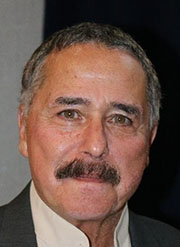 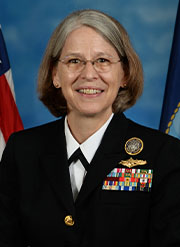 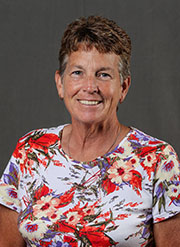