Within the liberal arts tradition, English courses integrate the study of writing and literature.

All students must complete a registration form before visiting the Writing Center.

For immediate assistance, students can visit virtually during open hours after completing the registration form.

For a paper that needs more extensive advising, email the paper and a completed registration form to thewritingcenter@sru.edu. A Writing Center consultant will get back within 48 hours, during the week.

The English Department in the News

6 October 2020: Kaisha Jantsch, a 2016 Slippery Rock University graduate with a degree in English Writing, was a contributor to a Pittsburgh Post-Gazette article that won a Golden Quill Award.

Jantsch, while working as a summer intern at the Post-Gazette in 2019, wrote a section of a series of articles titled “There Are Black People in the Future” that won first place in the “Excellence in Written Journalism, Daily — Arts/Entertainment” category.

The Golden Quills are awarded by The Press Club of Western Pennsylvania, honoring professional and student excellence in print, broadcast, photography, videography and digital journalism in western Pennsylvania and nearby counties in Ohio and West Virginia.
Jantsch is a graduate student at Point Park University.

2 October 2020: Paul Cunningham, a 2011 Slippery Rock University graduate with a degree in English literature, has written a book of poetry entitled The House of the Tree of Sores, published by Schism2 press. Cunningham’s debut book as a translator-poet is described as “experimental, fable-like poems tightly woven with Swedish-English translingual word plays that mock and counter-weave America’s imperial English.”

August 2019: As part of our Alumni Speaks series, English department alumn Sheena Carroll will be visiting our students on Tuesday, October 24th, at Common Hour (12:30) in Spotts 217 to talk about careers in Writing. One project Sheena has developed is the Girls Write Pittsburgh program, "a program designed to empower at-risk teenage girls through writing and self-expression."

July 2019: English faculty member Patrick McGinty will be teaching a University Seminar section on autonomous vehicles—driverless cars—which are being tested in Pittsburgh by five different companies. He received a $4,000 professional development grant this summer to research the topic.

April 2019: This year marks the 300th anniversary of the publication of Daniel Defoe's Robinson Crusoe. English professors Danette DiMarco and Tim Ruppert talk about the novel and other stories that have pirated its tale of a castaway in this article by Justin Zackal.

April 2019: We are proud to say that our Secondary Education concentration in English has been recognized as one of the nation's foremost programs.

November 2018: One of the foci of our own Dr. Rachela Permeter's scholarship has been Herman Melville's novel Moby Dick. As she notes, from the beginning some were not impressed, though it has come to be recognized as a wonderful if challenging American novel: "We want to be entertained and read something that makes us feel good, but sometimes you go to stuff that's more artistic when you want some more depth. If people were told [novel] will do that for you, they will give it a shot."

October 2018: our all-on-line M.A. degree in English has been recognized as one of the nation's foremost on-line programs!

July 2018: 23 students attended our Department's very popular May term Study Abroad program in Italy. As one of the students reported, "The trip allowed me to learn about myself and about life and I gained confidence in myself throughout the trip from speaking Italian to reading maps to answering questions in class. I feel as if I could do anything now after conquering Italy." Read more here about the students' experiences during this year's trip here.

May 2018: The most recent issue of SLAB (the Sound and Literary Art Book) has been released. This new article, "SRU's student-run literary magazine is a rare form," describes the litmag, some of what the students learn as they put the magazine together, and the successes that it has brought to them and the department.

March 2018: Sigma Tau Delta, the English Honorary, held its annual International Conference in Cincinnati during March, and at the Red and Black Gala on Saturday, March 24th, two students from the Slippery Rock English Department were honored with cash prizes for their presentations. For her critical essay "Disability in the Modern Gothic," senior Victoria Davis placed second in the category of Critical Essay-American Literature and was awarded $400. For her essay "Out of the Stones and into the Flowerbed," senior Kelsey Juszczak placed third in Creative Nonfiction and was awarded $200. The two papers were chosen out of over four hundred student presentations.

January 2018: "The Graduate" still shows up in SRU classrooms 50 years after its release. Film Studies professor Dr. Bill Covey describes in this article teaching The Graduate, a film that turned 50 in December: "Many of my students like this film even if it is old and set in the 1960s . . . I'd imagine that graduating without a firm idea of what the next steps in life should contain is a message that students relate to no matter what the decade."

September 2017: SRU English professor reflects on 60th anniversary of Kerouac's "On the Road." Dr. Bill Boggs, a poet and teacher of 20th century poetry, reflects on the audacity of this novel that Kerouac began to write when only a bit older than our college students.

You and a degree in English from SRU 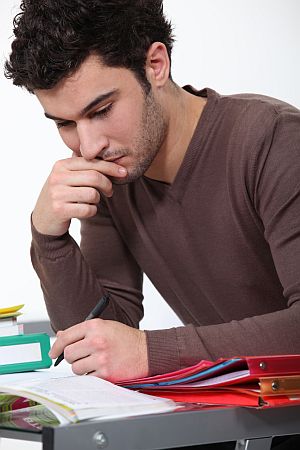 You may have already looked at the variety of programs that our department offers in Creative Writing, Professional Writing, Language and Literature, and Literary, Film, and Cultural Studies. But what can you do with your English degree?

On this page you can read more about what skills you will develop and gain insight as to what your career path my look like-as a writer, web or digital content developer, communication specialist, editor, lawyer, business or non-profit management professional, graduate student, or teacher. More importantly you can also hear stories told by our alumni.

The English Department is complete with energetic faculty whose passion for writing and literature is contagious. Small class sizes mean you'll have a powerful educational experience and be able to connect with your professors. You will get thoughtful and attentive feedback on your writing and other projects while learning strategies to make them compelling and effective. You will gain confidence in organizing, articulating, and sharing your ideas with others in a dynamic and supportive community. We offer our students opportunities to travel abroad to Italy, Canada, and Trinidad; our students work on several publications, learning to select manuscripts, edit, and design them. They also contribute their own work to some. And we give our students clear, honest, and helpful advice about navigating their chosen fields of study.

Our graduates pursue higher degrees in the following concentrations:

English majors appeal to employers in business and non-profit work. English majors learn powerful research skills. Our majors excel in gathering large amounts of information, analyzing it, and presenting it in writing, visually, and orally to others in an understandable form. Our majors become adept at articulating themselves clearly and convincingly, assessing and responding to others' ideas purposefully, and interacting with people with acuity, focus, and compassion. English majors outrival others because they understand the power of language to explain, to empower, and to effect change in the world around them.

Our faculty loves teaching. You will find that they want to connect with you, help you to understand your goals, and teach you with innovation and energy to help you meet those goals. So check us out. You will be surprised and happy to see how many options a degree in English from SRU affords you.

English majors pursue careers in Professional and Technical Writing, Web Content Writing and Design, Digital Writing, Editing and Proofreading, Business and Public Relations, Speech Writing, Library Science, Archival Research, Law, Education, and Non-Profit work. Recent research reveals that many medical and law schools even show preference toward English majors and minors who complement their studies with pre-med and pre-law preparation. Corporations are known to seek English majors for beginning managerial positions. A community of citizens who are powerful readers, writers, speakers, and thinkers are able to solve the problems solve and meet the challenges of the contemporary world.

We believe that your success in our English programs is built on a foundation of academic rigor, intellectual curiosity, and real-world experiences. Our students are prepared when they graduate from SRU with a degree in English. 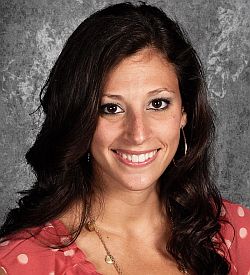 Jenna Copper is a high school English instructor at Slippery Rock Area School District and an adjunct professor of English at Robert Morris University. She has published articles, book chapters, book reviews, and lesson plans with The International Journal of Information Communication and Technology Education, IGI Global, ReadWriteThink, and The Pennsylvania Administrator. Additionally, she has presented at The Society for Information Technology & Teacher Education International Conference and will present at the 2014 National Council of Teachers of English Annual Convention. She completed her Ph.D. in Instruction from Robert Morris University. 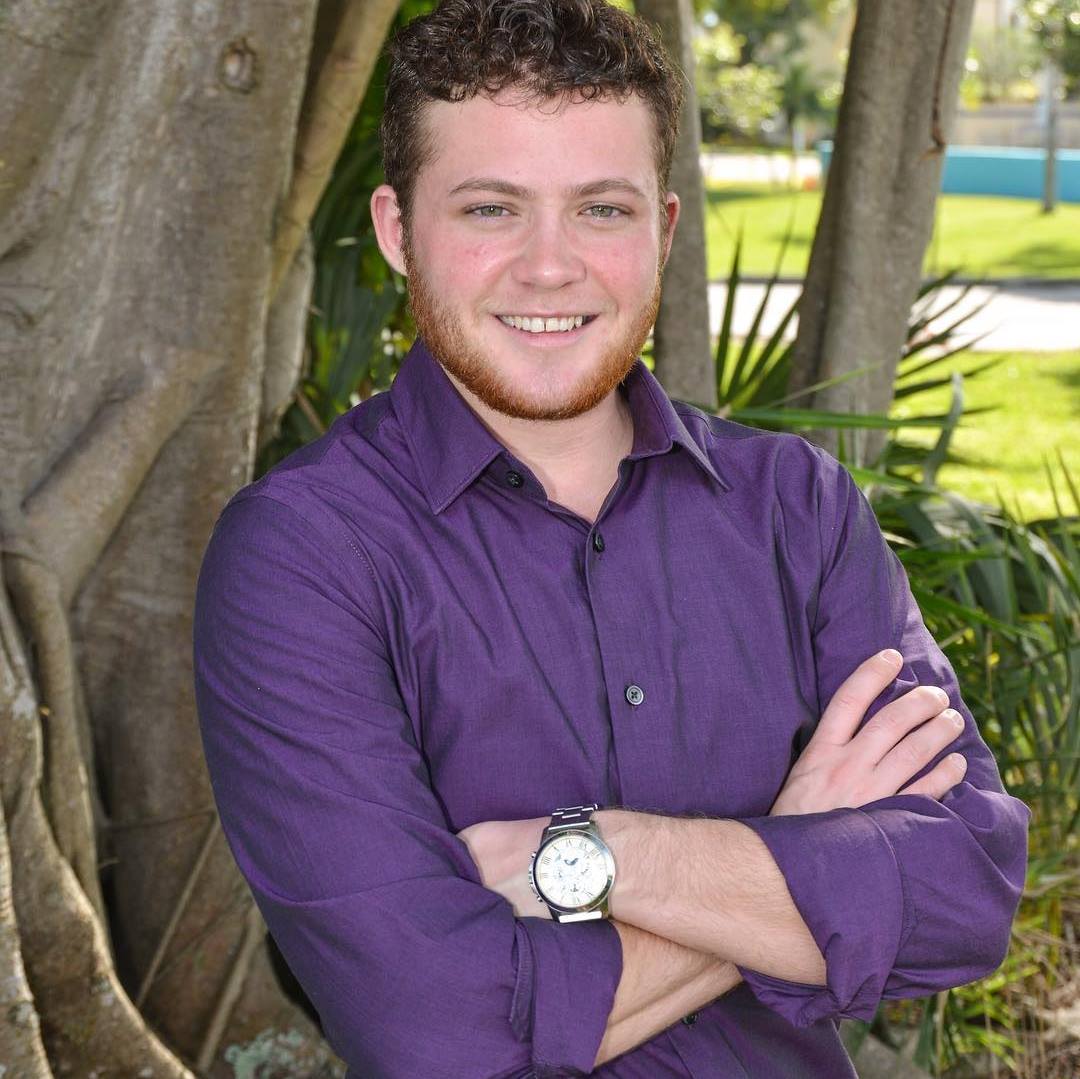 "I am prepared for graduate studies in Women, Gender, and Sexuality Studies and as a Graduate Teaching Assistant in the English program at Florida Atlantic University because Slippery Rock University has given me the skills I need to succeed. SRU has some of the best professors I've ever encountered who encouraged me to be assertive, confident, and persistent in pursuing my goals. And now I'm doing just that."

The Department of English offers an integrated curriculum where concentrations in Creative Writing, Professional Writing, Language and Literature, and Literature, Film, and Cultural Studies are brought together through common student courses,  capstone writing and research projects, and additional co-curricular experiences. Such integration creates a deeper understanding across sub-specialties. We seek to provide majors with twenty-first century skills that will help them succeed as global citizens in future work across non-academic and academic disciplines. With a focus on writing and literature across all concentrations through pedagogically powerful traditional and online curriculum, including travel abroad opportunities and experience with conference presentation and attendance, students are afforded a safe, professionalizing path toward success.