Dr. Maribeth Knaub retired after 41 years of dedicated service to Slippery Rock University. Dr. Knaub was both a team player and a leader in the Music Department, and was well- respected by faculty and students alike.

As an educator, Dr. Knaub was very conscientious and committed. She taught applied voice, class voice, and the Alexander Technique. Dr. Knaub also served as Chair of the Music Department for nine years. During this time she worked diligently to transform our curriculum to comply with the 120 hour state mandate, which was no easy feat! She also successfully steered us through our re-accreditation with the National Association of Schools of Music. In addition, Dr. Knaub served on accreditation teams with the National Association of Schools of Music to assess other university music departments in terms of their compliance with the national standards. This experience brought benefits to our department in that she was always very aware of these standards and ensured that we continued to maintain compliance with these standards. Dr. Knaub was also dedicated to the HFPA Arts Festival, Kaleidoscope for over a decade.

In terms of scholarship, Dr. Knaub is well-respected throughout the region and the country as a leading practitioner and researcher in Alexander Technique. She has presented lectures and workshops on Alexander Technique and has continually expanded her knowledge and expertise in this area. 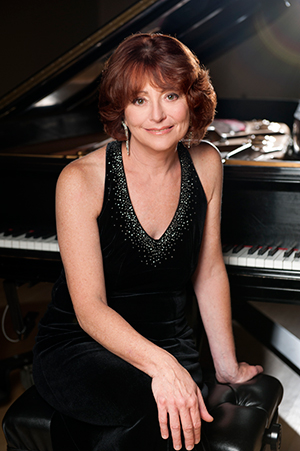 Nanette Kaplan Solomon, pianist and Professor Emerita of Music at Slippery Rock University, performs frequently as soloist and chamber musician. She was on the faculty of Slippery Rock University from 1977-2014, where she coordinated the piano program, and taught music history, form and analysis, music skills, and women and music classes. She has presented lecture-recitals at the College Music Society national meetings in San Diego, Savannah, Cleveland, San Juan, Denver, Kansas City, Miami, Quebec City, San Antonio, Atlanta, Portland (OR), and Richmond (VA), and has performed at the international conferences in Berlin, Vienna, Kyoto, Limerick, Costa Rica, Madrid, Bangkok, Zagreb, Croatia, Seoul, Korea, and Buenos Aires, Argentina. Dr. Solomon's involvement with the works of women composers has led to invitations to perform at several Feminist Theory and Music conferences, the American Music/American Women symposium in Boulder, Colorado, the Athena Festival in Murray, Kentucky, as well as at six of the International Festivals of Women Composers held at Indiana University of Pennsylvania. She presented a lecture-recital of works by contemporary women at the MTNA national conference in Minneapolis in 2000. She has been a soloist with orchestras in Connecticut, New Jersey, Massachusetts, as well as featured artist with the Butler (PA), Youngstown and Pittsburgh Symphony Orchestras. Dr. Solomon has also performed at the Phillips Collection, the National Museum of Women in the Arts, and the French Embassy in Washington, D.C., Wigmore Hall in London, the Lincoln Center Library in New York City, and the Mozarteum in Salzburg, Austria. She has been a guest artist at colleges and universities in Pennsylvania, California, New York, Michigan, Indiana, Illinois, Florida, Minnesota, and Maine.

Dr. Solomon's numerous awards include winner of the Pittsburgh Concert Society auditions, winner of the French Embassy award from the French Piano Institute, a fellowship to the Berkshire Music Center at Tanglewood, semi-finalist in the University of Maryland International competition, and finalist in "Search for a Star" sponsored by the Pittsburgh Symphony Orchestra and Marvin Hamlisch.

She is a founding member of the Slippery Rock Piano Trio, as well as the Kaplan Duo, with her sister Iris Kaplan Rosenthal. With those groups, she has performed throughout Pennsylvania, Ohio, Maryland, and at numerous venues in New York State. A former board member for performance of the College Music Society, she was recently named editor of the CMS online Symposium Audio Performance Archive. She also served on the editorial board of the American Music Teacher. She has been a board member of the International Alliance of Women in Music, for whose journal she writes frequent reviews, and serves on the board of the Pennsylvania Music Teachers Association. Her three compact discs- piano music of Nikolai Lopatnikoff (Laurel), Character Sketches and Sunbursts (Leonarda) have received critical acclaim. Her recent recording of the piano works of Mana-Zucca will be forthcoming on an Albany CD. Dr. Solomon received her early training as a scholarship student at the Juilliard School, where she studied with the late Edgar Roberts and Mme. Rosina Lhevinne. She received a B.A. degree magna cum laude from Yale College, where she studied with the late Ward Davenny and was elected to Phi Beta Kappa, an M.M. from the Yale School of Music, where she studied with Claude Frank, and a D.M.A. from Boston University School for the Arts, where she studied with the late Leonard Shure.

Stacey Graham Steele joined the SRU Music Department in 1988. From that time until her retirement in Spring 2014, she was an active member of the faculty in many capacities. As the flute professor, she created a thriving studio made up of music education, music therapy and performance majors. She also founded the SRU Flute Choir that has performed on campus as well as for regional, state and national conventions and conferences. Her philosophy within her studio always included an aspect of mutual respect for one another.

Ms. Steele was also part of the music education team where her teaching assignments included Elementary School Music and Music Education for the Diverse Learner. In 2007, Ms. Steele was selected for the SRU Excellence in Teaching Award.

As an active member of the National Flute Association, Ms. Steele served as the Chair of the NFA Pedagogy Committee, during which time she oversaw the publication of "The Flutist's Handbook: A Pedagogy Anthology, Vol. 2". The anthology contains writings on flute specific pedagogical topics written by selected NFA members and professionals nationally and internationally. 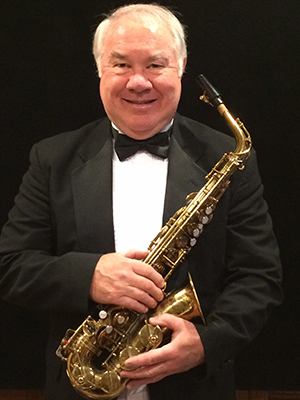 He retired from SRU in 2007 and remains busy as a freelance musician, performing in different venues in the region. As the principal saxophonist with the Pittsburgh Symphony Orchestra, Mr. Steele has performed on one U.S. and two European tours.