The CMU Doctor of Arts program focused on preparing professors for teaching. This program became a natural step after my Edinboro B.S. in Secondary Education (English) and my Edinboro M.A. in English (American Literature). I won the Jack Finnegan Award at Edinboro and then First Place in the Bitterroot Poetry Contest. The CMU program included all the usual trappings of a PhD in English, with the addition of courses in pedagogy and curriculum development.

Our comprehensive oral examination included five separate areas: Mine were Pedagogy and Rhetorical Theory of Composition (teaching); Mark Twain (Author); Poetry from the Renaissance to the Present (Genre); Victorian Novel (Period); and Sociological Approaches (Critical Theory). A student who cross-registered from the Pitt PhD program commented that we were doing more work under more intense demands than in her program. CMU was preparing us well.

My two years as a Teaching Assistant at CMU brought me some of the highest teaching evaluations in the department. I won the Academy of American Poets Prize for two consecutive years. I was selected by the graduate faculty to be the student representative on the graduate committee. Next, I served as an adjunct at Frostburg State in Maryland. By mid-October I was moved to tenure track, and in the spring, I resigned to take a one-year appointment at West Virginia University. During that year, I moonlighted at Waynesburg University, teaching a night class in African American Literature. Then it was off to Robert Morris College.

At Robert Morris, I participated in the complete revision of the department’s Communication Management curriculum. I taught Composition (1 and 2), Speech, Journalism Production, Introduction to Literature, Literature of the Women’s Movement, Writing for Film and Electronic Media, and other courses. I registered as a student to take management, public relations, and media production courses. I attended Michael Hague and Linda Seeger screenwriting seminars. After seven years, it was time to move on, and Slippery Rock became home for twenty-nine more years.

Slippery Rock first assigned the task of creating an English course that focused on media. Writing for Electronic Media and Film became the first of twelve courses I put through the curricular approval process. Then I looked at Creative Writing, a curriculum that had two vaguely defined classes (1 and 2). First, I wrote Creative Writing: Poetry. Creative Writing: Fiction followed. I taught both courses successfully. While serving as Department Chairperson, I designed a plan for a graduate track in Professional Writing with a solid foundation on rhetorical theory. Other courses followed. I was proud of the people I was able to put on tenure line, including Drs. Danette DiMarco, Cindy LaCom, Rachela Permenter, Anita Gorman, Joe McCarren, and Nancy Barta-Smith. While chairing the Search Committee, I was able to recommend Dr. Pitard for a tenure line position.

I taught twenty-eight different English courses at Slippery Rock, from remedial composition through graduate writing classes and Introduction to Rhetoric. American Literature remained a passion, and in later years I focused on Post-WW2 Literature and the Beat Movement.

The best of everything has been seeing former students—nearly 9,000 of them—become leading professionals. Some went on to earn PhD degrees and became college professors. They all are my joy, and perhaps in some small way I helped them along in their journey. They count more than awards, books, and journal publications.

Not too bad for a dumb farmer kid whose high school guidance counselor told him he wasn’t smart enough for college. Don’t ever listen to “No.”

Dr. Cosgrove received a B.A. from LeMoyne College, an M.A. from Penn State, and his Ph.D. from the State University of New York at Buffalo. After graduating from Penn State he had a brief career as a print journalist on two newspapers which no longer exist. Deciding his future was in education he taught high school in Nassau, Bahamas and two-year college in Buffalo, NY before coming to Slippery Rock in 1987.

Dr. Cosgrove taught many semesters of first-year writing and introductory literature, and more specialized courses in rhetoric and composition, professional writing, and technical writing. He was coordinator of the University's Writing Center for five years and Chair of the English Department for a total of seven years. Active in the faculty union (Association of Pennsylvania State College and University Faculty), he served as the local's Treasurer, Strike Chair and, for many years, on the Grievance Committee. His book entitled In Search of Eloquence: Cross-Disciplinary Conversations on the Role of Writing in Undergraduate Education, co-written with Dr. Nancy Barta-Smith, won a President's Award for Scholarly and Creative Achievement in 2006. Numerous articles, book chapters and conference presentations included publications in College Composition and Communication, English Journal, and Teaching English in the Two-Year College. Dr. Cosgrove retired in 2014.

Edward A. Kopper was born in 1937 and passed away in 2012. He earned a PhD in English from Temple University. Professor Kopper taught for Slippery Rock for 30 years and was known academically as a James Joyce scholar. He also taught at Villanova and Indiana University-South Bend before coming to SRU. 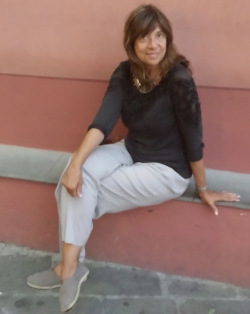 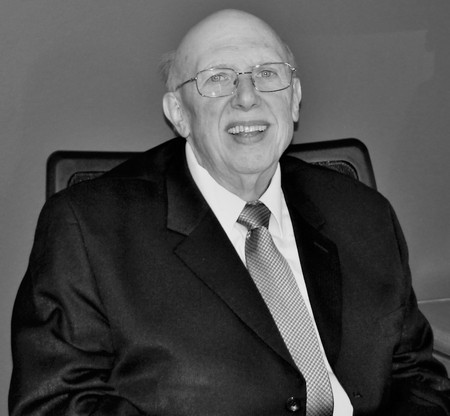