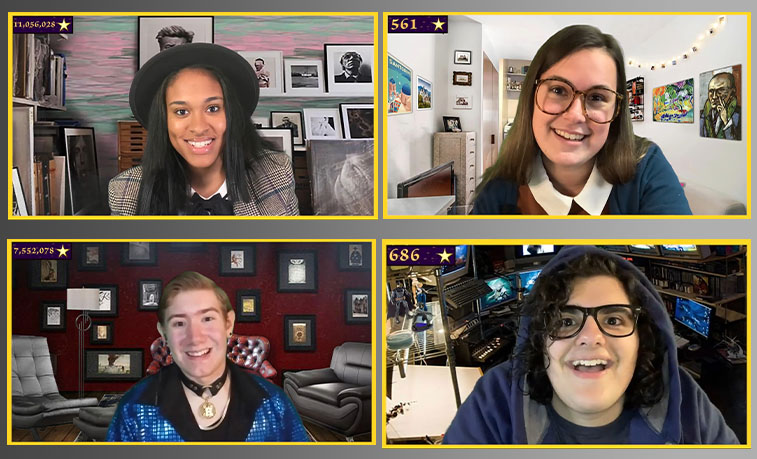 Directed by Aaron Galligan-Stierle, instructor of theatre, "Making Melrose" follows main protagonist Melrose and a cast of other characters as they dive deep into the world of a fictional social media platform, Glitz!, where users can become who they wish to be with only a single click.

"Making Melrose" is an original, musical-comedy piece commissioned by the Theatre Department in an effort to give its students the opportunity to participate in a musical despite not being able to perform together in person.

"Because of the pandemic and social distancing guidelines to adhere to, we're very restricted in the ways in which we can perform a show while keeping everyone safe," said Galligan-Stierle. "That led us to decide on the commissioning of a piece that met our needs while still being able to produce and showcase the highest quality work possible."

The production investigates human connection in an increasingly online world where people still crave personal connection. The theme is meant to parallel the virtual conditions that people currently interact in as a result of the COVID-19 pandemic.

"Because of the pandemic, a lot of people are living almost solely through their devices," said Galligan-Stierle. "With this performance, we imagined a world where the hottest social media app is taking over the globe and people are doing everything through it. But through it all, the characters yearn for actual human connection, and, just like us, they have to learn to navigate this artificial world."

Tickets are $10 for non-students and $5 for SRU students and can be purchased online. A link will be sent to each purchaser the day of the event and will only be active for that day's performance.