HARRISBURG, Pa. - Tyler McCarthy, a Slippery Rock University senior with a major in political science from Wexford, is working for the state Department of Environmental Protection as part of a 15-week internship sponsored by Pennsylvania's State System of Higher Education. 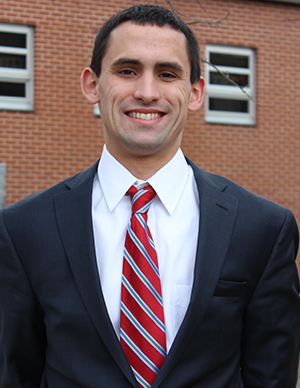 McCarthy is one of eight students participating in The Harrisburg Internship Semester program, which provides students the opportunity to work in all areas of state government while earning a full semester's worth of credits. THIS invites students from each of the State System universities to participate.

McCarthy is the son of Eunice and Tim McCarthy and a 2013 graduate of Pine-Richland High School. He and the other students participating in the program will attend several academic seminars during the fall semester internship. Each of the students will complete an individualized research project as part of the program's requirements.