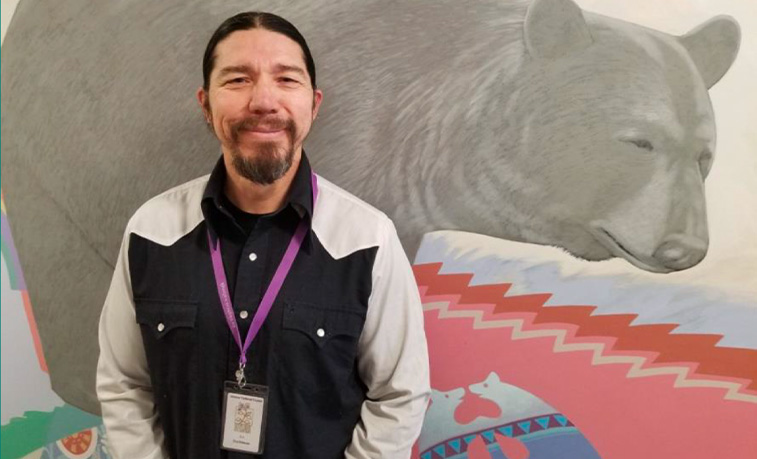 SLIPPERY ROCK, Pa. — Slippery Rock University will host Joe Stahlman, director of the Seneca-Iroquois National Museum, 12:30-1:45 p.m., Feb. 20, in the Smith Student Center, Room 323. The event, part of Native American Studies Series, is sponsored by the College of Liberal Arts. It is free and open to the public.

"There's a movement across academia, and the U.S. and Canada, to acknowledge indigenous people's history and develop new relationships (with college students)," said Melissa Borgia-Askey, instructor of English, who is organizing the event. As a master's student studying bilingual/bicultural special education at Mercyhurst University, Borgia-Askey completed an assistantship working at a Montessori school for Seneca children in New York.

"We want to introduce the culture of Native Americans to communities like SRU, because indigenous people used to live here and a lot of people think indigenous groups are just relics of the past. Joe is going to explain what groups like the Seneca people are doing now, talk about the museum and discuss other aspects of tribal historical preservation."

Stahlman, a researcher who recently earned his doctorate in sociocultural anthropology from Indiana University, has been working with indigenous communities for the past 20 years.

The Seneca-Iroquois National Museum, located in Salamanca, New York, is dedicated to the presentation of the history and contemporary culture of the Iroquois with special emphasis on the Seneca nation, the westernmost of the Six Nations of Iroquoian-speaking people who historically lived south of Lake Ontario. There are more than 10,000 Seneca people living in the U.S. There are three federally recognized Seneca tribes, two of which are in western New York.

"(The museum) is the port of entry for the non-native world to the native world," Stahlman has said. "We tend to see ourselves as ambassadors, but we also preserve the culture of the past, present and future."

Stahlman is also seeking to collaborate with students from multiple disciplines to explore research projects, internships and other reciprocal partnerships.

For more information about the event, contact Borgia-Askey at melissa.borgia-askey@sru.edu or 724.738.2428.