SRSGA ramps up activities for 2019 elections 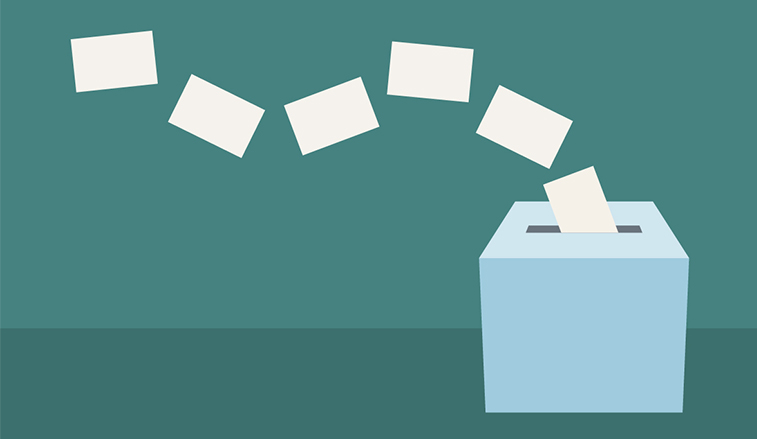 The process to elect 2019-20 members of the Slippery Rock Student Government Association is underway with voting taking place April 3-10.

SLIPPERY ROCK, Pa. - The Slippery Rock Student Government Association serves as the official voice for students at Slippery Rock University, manages a budget of more than $2 million, and helps shape the student experience at Slippery Rock University. By most measures, SGA officers say, they've been very successful. The one area they want to improve is getting more students involved. Last year only 534 students voted in the elections. They intend to change that this year and are making a big push to encourage more potential candidates as well as voters.

"We're trying to appeal to students by saying, 'If you're passionate about something (on campus), SGA gives you the ability to share your voice" said Dallas Kline, a senior communication major from Hanover whose one-year term as SGA president ends at the conclusion of this academic year. "If you're passionate about, say, getting more support for the arts or more parking, then join SGA and express your concerns and help figure out a solution. That's what we're here for. Sometimes people only think of us as providing funding to student clubs and organizations but we do so much more than that. Our voice is more powerful than most students think."

Last year, Kline ran unopposed for president on the "OneSRU" ticket. According to Kline, part of the reason why only 8 percent of SRU's full-time undergraduate students voted was a change in the voting platform, from D2L, SRU's online learning management system, to CORE, the University's online platform for co-curricular programming and student organizations.

"It's not a good feeling to have no competition," said Kline who was previously elected to other SGA roles before becoming president. "I've been in SGA for four years now and without it my college experience would be totally different. Being involved with SGA has helped me grow professionally and personally."

SGA is comprised of 30 senators -- representing commuters, residence halls, freshmen and graduate students -- and a six-member executive board that includes the president and vice presidents for finance; internal affairs; campus outreach; student and academic affairs; and diversity and inclusion. There's also a parliamentarian, appointed by the president, and a speaker of senate, who is chosen from among the 30 elected senators.

All of the positions are one-year terms covering the academic year. Executive board candidates can choose to run as a ticket, similar to a political party, or as a campaign strategy, which also helps simplify voters' choices.

This election process this year is being moved up on the calendar in hopes of increasing participation. Elections packets, which include applications, campaign rules, a form to collect petition signatures and other materials for candidates, are now available on the "Election Booth" CORE page. Voting will also take place from the Election Booth page.

"We just want to get people talking about it now and get them interested before spring break so they have time to reflect," Kline said. "The process is similar to last year, we're just moving the timeline up and trying to be more intentional with getting the word out about elections. By giving people more time to think about becoming a candidate and getting the packet, maybe they are more likely to run or encourage their friends to run."

An election committee, consisting of five students who are either graduating or have no intent to run for SGA next year, was approved by SGA last week. That group will be in charge of administering the election process, which includes confirming that all candidates are eligible to run. SGA will host an informational session during Common Hour, 12:30 p.m., Feb. 19 in the Smith Student Center, Room 323, as well as having election information tables in the SSC lobby during Common Hour, Feb. 26, Feb. 28 and March 5.

The remaining timeline for this year's election process includes:

For more information, visit the SGA page on CORE by clicking here.