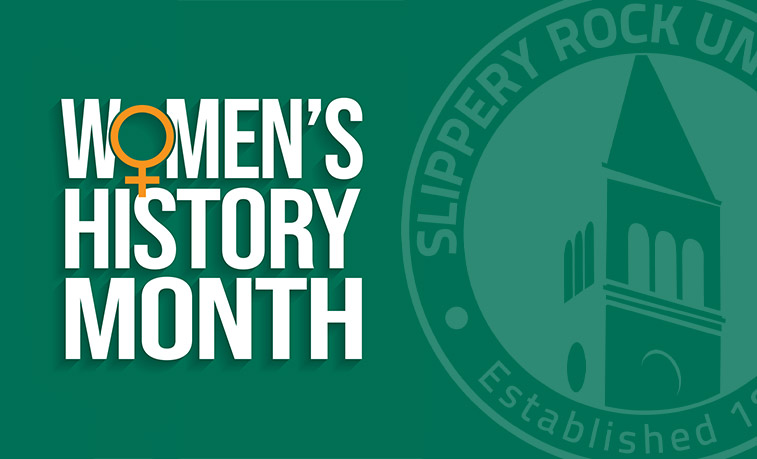 March is Women’s History Month and the Slippery Rock University Women’s and Pride Centers are celebrating by coordinating a variety of programming, including virtual panel discussions and game nights and social media campaigns.

SLIPPERY ROCK, Pa. — "Transcending the Binary" is the theme of Slippery Rock University's Women's History Month, as the SRU Women's Center and Pride Center are coordinating programming during March for the campus community.

"We're opening the conversation that there is not only men and women, but there are a lot of different identities," said Lyosha Gorshkov, director of SRU's Women's Center and Pride Center. "We want to show the world that women can be different, including transgender women and women of color, and this is our way of celebrating them."

SRU's Women's History Month programming is not limited to the reciting of historical biographies of influential women but rather conducting conversations about gender, examining social issues, supporting local women's shelters and having some fun with virtual game nights and fashion shows.

Women's History Month is recognized in the United States, United Kingdom and Australia each March to highlight the contributions of women in history and contemporary society. The month coincides with International Women's Day, which is celebrated March 8. 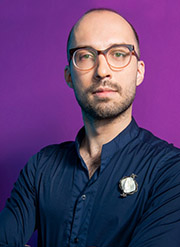 Together We Rise: Essential Item Supply Drive, March 1-31: The SRU Women's Center and Pride Center are collecting clothing and hygienic supplies for the Women's Center & Shelter of Greater Pittsburgh and Proud Haven, a shelter for LGBTQIA+ people experiencing homelessness and housing instability in the Pittsburgh region. Donation bins will be located at various locations around campus, including the Women's Center on the third floor of the Smith Student Center, as well as the Student Health Center and the Aebersold Student Recreation Center.

Cultivating Grit and Resiliency: Gender, Leadership and Mindset, 7 p.m., March 9: The President's Commission on Women welcomes Emmy award-winning anchor Lisa Sylvester from WPXI-TV in Pittsburgh for a virtual presentation to share her story and what it means to cultivate grit and resiliency through the contexts of gender, mindset and leadership.

Cultivating Grit and Resiliency: Gender, Leadership and Mindset, 7 p.m., March 11: The President's Commission on Women welcomes Elise Michaux, '11, '13M, the director of student leadership and involvement at Seton Hill University, who is an SRU alumna and council of trustees member; and Kelsey DiClaudio, a senior recreational therapy major from Pittsburgh, who is a member of the U.S. Women's National Sled Hockey Team and the only female on the Pittsburgh Mighty Penguins Sled Hockey Team. In a virtual presentation, Michaux and DiClaudio will share their stories about what it means to cultivate grit and resiliency through the contexts of gender, mindset and leadership.

Virtual Fashion Show, March 29 to April 2, via the SRU Women's Center Instagram account. The SRU Women's Center and Pride Center invites students to share and submit pictures of inspirations, clothing and anything fashionable that they want to highlight that represents women's empowerment.

For more information about Women's History Month events, contact the SRU Women's Center at 724.738.2992 or  womenscenter@sru.edu.