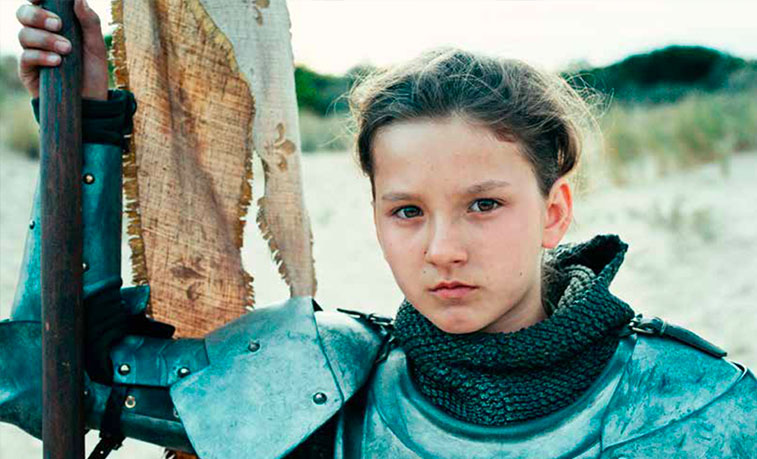 Actress Lise Leplat Prudhomme stars as Joan of Arc in a film that is being screened as part of Slippery Rock University’s Tournées Film Festival, March 25.

SLIPPERY ROCK, Pa. — When you think of international film festivals, European locales such as Cannes and Venice might come to mind. However, students at Slippery Rock University don't have to travel to the French Riviera to enjoy international films. Instead, six French films will be screened via Zoom as part of the Tournées Film Festival, March 11 to April 15.

The program, which aims to bring French cinema to American colleges and universities, is being presented by the SRU French program and the Department of Modern Languages and Cultures, in collaboration with the French Club at SRU and the Office for Global Engagement.

"We're excited to bring this new initiative to SRU," said Malick Coly, instructor of modern languages and cultures. "Our goal is to promote cultural understanding and the importance of learning foreign languages in the current global context. These films provide topics and themes that will help expand people's worldview." 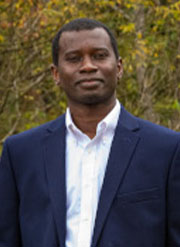 The following films will be screened:

"Première année" (The Freshmen), 5:30 p.m., March 11. Directed by Thomas Lilti, "The Freshmen" tells the story of Antoine and Benjamin, two young men who become study buddies in the hellish months of relentless cramming leading up to a life-changing exam. Their differing fortunes highlight the injustices of a savagely competitive, and in many ways antiquated, system that tends to perpetuate class differences.

"Grâce à Dieu" (By the Grace of God), 5:30 p.m., March 18. Directed by François Ozon, "By the Grace of God" is about the events that led to the exposure of the most significant sex abuse scandal to date in the French Catholic church.

"Jeanne" (Joan of Arc), 5:30 p.m., March 25. Directed by Bruno Dumont, this film is a follow-up to his adaptation of early 20th-century French poet Charles Péguy's two plays about Joan of Arc. This second film, which can be enjoyed without seeing the first, focuses on the battles, trial and execution that turned the Maid of Orleans into France's national heroine.

"Synonyms," 5:30 p.m., April 1. Directed by Nadav Lapid, "Synonyms" is the story of Yoav, a young Israeli who arrives in Paris knowing no one and barely speaking French but committed to forgetting his homeland and becoming a Frenchman. Yoav is robbed of everything he owns and throws himself on the mercy of a bourgeois couple who will become his guides in the French approach to art, friendship and sex.

"Soleil Ô," 5:30 p.m., April 8. From the festival's Classical Category, this film directed by Med Hondo, follows the fortunes of an African immigrant in Paris as he faces racism in the workplace, objectification in the bedroom and indifference on the part of better-off Africans.

"Tout est pardonné" (All is Forgiven), 5:30 p.m., April 15. Directed by Mia Hansen-Løve, this film is about a Franco-Austrian couple, Victor and Annette, who return to Paris after starting to raise their daughter, Pamela, in Vienna. Victor plunges into drug addiction and Annette vows never to see him again, but 11 years later, Victor resurfaces to get to know Pamela, now a teenager who has always wondered why he disappeared.

Information on how to access each of the films will be available on CORE, SRU's online platform for student organizations, or by emailing Coly to request a link at malick.coly@sru.edu.