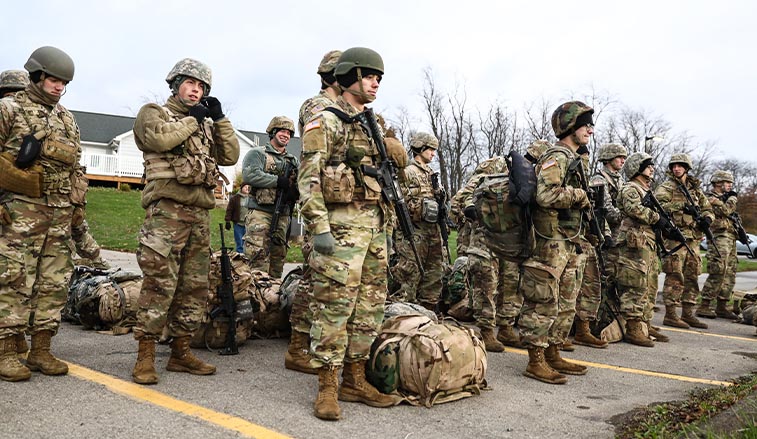 SLIPPERY ROCK, Pa. — Slippery Rock University has retained its gold when it comes to being military friendly. SRU was named a 2021-22 Military Friendly School, a list that recognizes colleges and universities for serving their military and veteran students. This is the second straight year that SRU achieved Gold status, awarded to just 162 schools selected for their leading practices, outcomes and effective programs. SRU has been named a Military Friendly School every year since 2010.

The Military Friendly Schools survey is administered by VIQTORY, a veteran-owned company that assists individuals in their transition from active service to civilian life. More than 1,200 post-secondary schools participated in the 2021-22 survey with around 750 schools earning the designation. SRU was among 18 schools awarded Gold status in the "Small Public School" category, which features public universities with fewer than 10,000 students. 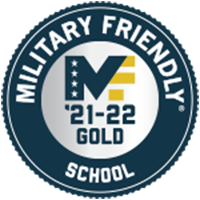 "This is a wonderful accomplishment that signifies how well SRU serves our military students and their families," said Amber Korcok, management technician in SRU's Admissions Office who oversees veterans benefits. "We recognize the sacrifices made by these students and the value of higher education for them as they have transitions to and from civilian life."

SRU exceeded the national standards in all six categories that VIQTORY uses to assess institutions and that it deems to be critical in helping veterans thrive on campus and later in the workplace. Most notably, SRU exceeded the standard in the Culture & Commitment (by 79%), Academic Policies & Compliance (by 78%) and Admissions & Orientation (by 78%) categories.

There are more than 100 students at SRU who identify as veterans and more than 250 as military-affiliated students who are either serving in the National Guard and reserves, activity-duty military, contracted ROTC cadets or dependents in military families.

More information about veterans services at SRU is available on the University website.

The complete list of 2021-22 Military Friendly schools is available at www.militaryfriendly.com/schools.