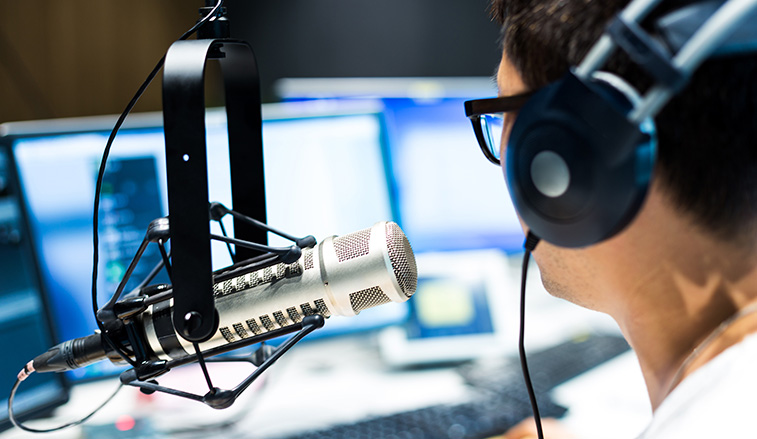 SLIPPERY ROCK, Pa. - The Slippery Rock University Media Hall of Fame has released the names of 14 nominees for its 2018 class of inductees.

Voting, which is open to the public, is taking place through May 1 at http://srumediahalloffame.weebly.com/.

From the 14 nominees, the top five vote getters will be honored at the Oct. 12 SRU Media Hall of Fame Induction Ceremony. The induction ceremony will be staged in conjunction with the University's Homecoming and Reunion Weekend.

This year's nominees include:

-Tim McCoy: McCoy is a B-94 in Pittsburgh broadcasters, the former voice of the Pittsburgh Riverhounds and currently serves as the director of the Pennsylvania Western Soccer Association.
-Linda Henderson: Henderson has been a broadcaster as well as a radio and video production leader for more than 40 years.
-Greg McAtee: McAtee has been a staple in Pittsburgh radio since 1978, working at WDVE, WXDX, WPGB and WWSW. He currently does traffic reports for KDKA.
-Matt Fleeger: Currently the program director at KMHD in Portland, Oregon, Fleeger has been in broadcasting for nearly 20 years.
-Steve Simons: Currently working in one of the nation's biggest markets at Philadelphia's WWMR, Simons has established himself as a successful radio salesperson.
-George McDowell: Known as the "Voice of Slippery Rock University" for his handling of public address duties at SRU football games and Commencement, McDowell has worked at the University for more than 33 years.
-Lois Bowers: Having been a reporter, managing editor and editor-in-chief, Bowers has seemingly done it all in print journalism. She has won two dozen journalism awards in the past two years alone, bringing her total to more than 70 for her work.
-Jim Meyer: Meyer is a beat reporter for the Oil City Derrick, where he regularly covers county government and the Oil City School Board.
-Bill McChain: McChain has been the public address voice for Virginia Tech football and basketball for more than 20 years.
-Susanne LaFrankie: LaFrankie is currently serving as the director of communications for the Catholic Medical Association in Philadelphia. She previously worked as the chief White House correspondent for EWTN News Nightly.
-Julie-Anne Stoner: Stoner has been a reporter, editor and educator, and has taught journalism for more than 30 years.
-Vicky Hoover Smith: Hoover Smith has worked as a copywriter, newscaster, account executive and an assistant music director in Pennsylvania, Texas and Maryland.
-Liz Herbert Archaumbault: Herbert Archaumbault was the first SRU student to intern at KDKA TV. She worked in television production for several years before becoming a teacher and behavioral therapist.
-Mark Schaas: Schaas, a New Castle sports broadcasting legend, worked at WKST for more than 30 years, including covering all WPIAL and PIAA championship games as either a writer or broadcaster, from 1982-2017.

The Hall of Fame will also honor Bob Hitchcock and Robert Leffingwell with lifetime achievement awards.

Hitchcock, '85, has worked in television production as a videographer, director and producer. For the last 10 years, he has served as the editorial content director for the Walt Disney Company. In that role, he is in charge of all of Disney's social media channels and content distribution, including Disney Parks Live, a live streaming service where viewers can see live feeds from any of the company's theme parks all over the world.

Leffingwell worked as a professor at SRU for more than 17 years in the Communication Department. He also worked as on-air announcer and newscaster for WPIC in Hermitage.

The 2018 induction ceremony will also feature the awarding of the Mike McHugh Undergrad Award for Excellence. The award was named for Mike McHugh, a former SRU professor who was a member of the 2016 inaugural HOF class. The award recognizes an outstanding SRU undergraduate student's work in the media. The 2018 winner is Brooke Henderson.

Henderson, a senior communications major from Monaca, is an active member of Rock Productions and served as the historian for the Lambda Sigma National Honor Society. As an intern with UPMC's Patient Experience and Communication Office, she developed print and digital materials for UPMC patients and visitors; managed publication production; and enforced UPMC's branding throughout the division.

For more information about the SRU Media Hall of Fame, contact Jim Aronson at jamesd.aronson@gmail.com or 646.761.6659.

Questions or requests for interviews with any of the inductees should be addressed to Jim Aronson, SRU Media Alumni Chairperson at jamesd.aronson@gmail.com or 828.767.6016.