SLIPPERY ROCK, Pa. - One could say it's an embarrassment of riches for Slippery Rock University's Office of Communication and Public Affairs, or simply credit for job very well done. Either way, the office was recently recognized no fewer than 30 times for its work in print, social media, web and video production. 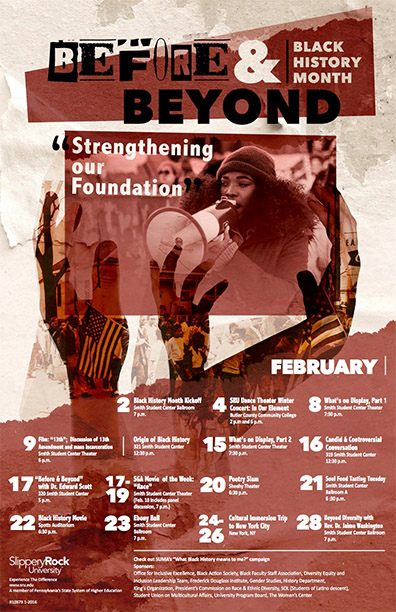 The 30 awards, from three organizations, bring UCPA's award total to three dozen, which includes six national Educational Digital Marketing Awards that were secured in January. The EDMAs recognize the best educational websites, digital content, electronic communications, mobile media and social media. Those awards included a silver award for the University's official website, www.sru.edu, which for the calendar year, has earned a trio of silver awards and one gold award for design from a quartet of organizations.

The Educational Advertising Awards bestowed 15 awards on UCPA. Higher Education Marketing Report sponsors the awards. This year, more than 2,250 entries were received from more than 1,000 colleges, universities and secondary schools from all 50 states and several foreign countries.

Judges for the Educational Advertising Awards consisted of a national panel of higher education marketers, advertising creative directors, marketing and advertising professionals and the editorial board of Higher Education Marketing Report. 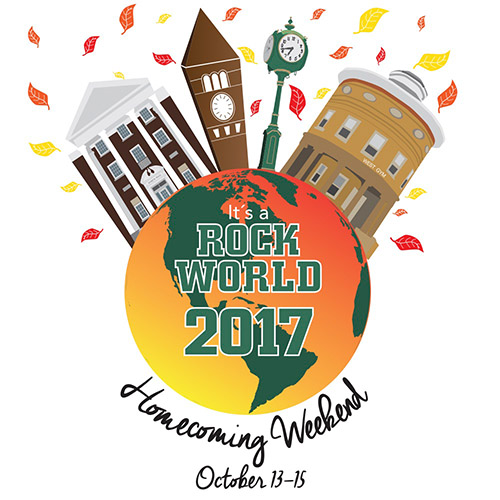 A trio of Silver Awards were also earned, including: 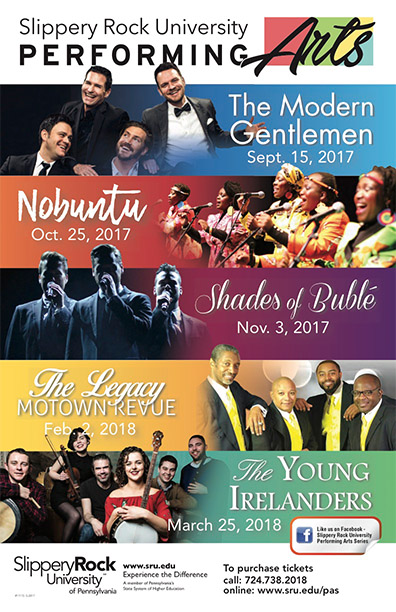 The 2017 CAA program had more than 900 entries from the U.S. representing "a diverse plethora of educational facilities from small community colleges to very large schools and universities."

Holtz and Sing were the big winners, with each taking home a trio of awards.

Holtz captured a pair of golds for athletic game day program design and football signing day graphics, and a silver for football specific program design. Sign took home a gold for his "2017 Black History" poster; a silver for a dance concert newspaper ad; and a bronze for a Thanksgiving dinner invitation. 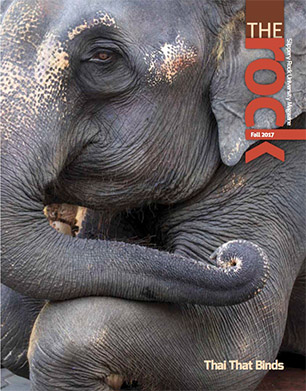 Other silver awards went to White for the SRU official website (website design); Malak for the Homecoming logo (logos/trademarks/mascots); Malak and Gregory for the Performing Arts package (specialty events); and Mike Schnelle, digital design director, for his Rock football action shot, "Out of the Tunnel" (photo/illustration - single).

UCPA's final pair of awards came courtesy of CUPRAP, the creative excellence in marketing and communications organization, as part of its annual awards competition.

Both awards came via the organization's print category, with a gold and silver in the "poster" division. The silver was presented for the "2017 Black History Month" piece created by Sing, while the gold was earned for a "History Series On ... Food" piece created by Busch.