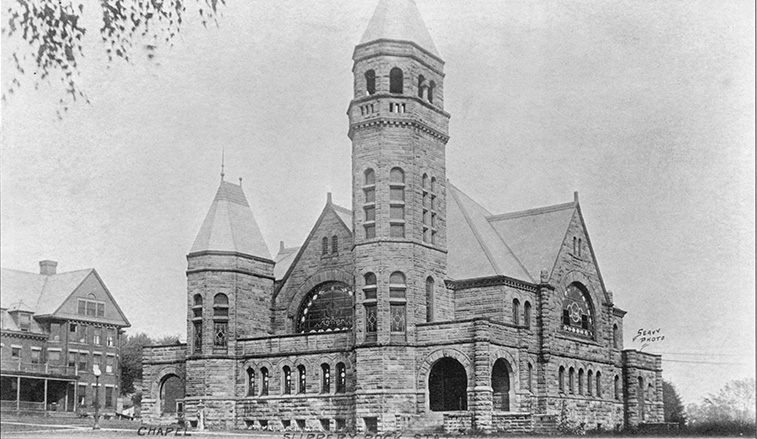 SLIPPERY ROCK, Pa. - March 26 marks Founders' Day at Slippery Rock University, a day the institution recognizes as its birthday each year. It is not a randomly selected day. It is not the day when pen met paper on a charter or even when spade met dirt for a groundbreaking. March 26, 1889, was literally the first day of classes at what was then Slippery Rock State Normal School.

For the first term, which ended June 28, there were 168 students enrolled, including 94 women. More than two-thirds of the students were from Butler County with the rest coming from Mercer, Lawrence, Allegheny, Beaver and Armstrong counties, and one out-of-state student from Mahoning County in Ohio.

Tuition was $14 per term, $32 for room and board and 25 cents for transportation from a train station three and a half miles away.

In the announcement of the first term, the invitation to SRU's first birthday party, if you will, the "special advantages" listed by President James Morrow included "Healthfulness; convenience; noted honesty, hospitality, and religious character of community; new, commodious buildings, thoroughly warmed and ventilated."

Today, the SRU campus stretches across 660 acres with an enrollment exceeding 8,300 students. The freshman class of 1,635 welcomed last fall was the largest in school history, representing 28 countries and 20 states. Students can choose from more than 150 undergraduate major and minors, 40 master's degree programs and three doctoral degree programs, available on campus and online.