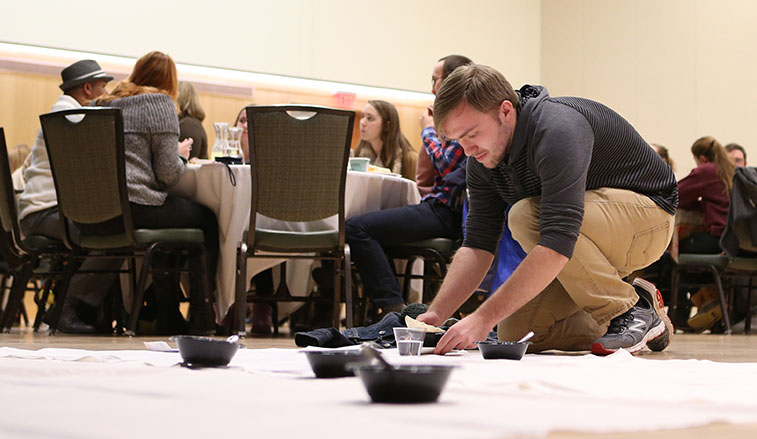 The first recipients of the President’s Award for Civic Engagement at Slippery Rock University include the Student Nonprofit Alliance receiving the Student Civic Leadership Award. Members of SNA have hosted events centered around public issues such as the Hunger Banquet, a poverty simulation event that raised money for the Slippery Rock Area School District Weekend Food Program.

"The recipients represent excellence in community engagement," said Jeffrey Rathlef, SRU director of community-engaged learning. "By practicing civic engagement, they have further developed a culture of collaboration that has strengthened partnerships and addressed public issues. We're very pleased with the number of nominations, especially for the first year, and we plan to continue recognizing individuals each year." 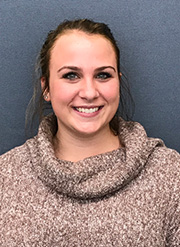 The winner of the President's Student Civic Leadership Award, recognizing an individual student or student organization that models a deep commitment to civic responsibility and leadership, is the Student Nonprofit Alliance. The SNA, a student-run nonprofit organization, has integrated civic engagement into the university experience by choosing a public issue to address for one week each semester and hosting events around issues such as mental health, poverty, homelessness and hunger. The SNA has worked with community agencies such as the Butler County Department of Human Services to receive funding for a youth leadership program called "SPEAK UP," as well as a program for adults with intellectual disabilities called "We Belong Together."

"Receiving this award is exciting because working in the nonprofit sector is sometimes a thankless job and to be recognized is very meaningful," said Madison Roxbury, a senior dual major in communication and interdisciplinary studies from Butler, who serves as SNA's director of external affairs. "Civic engagement is important to us because we focus on social justice issues and it's important to get people involved and mobilize people to help."

The winner of the President's Civic Engagement Ambassador Award, recognizing an individual or group from SRU's faculty or staff that has advanced the University's civic mission, are three faculty members from the recreational therapy program: Betsy Kemeny, assistant professor; Colleen Cooke, professor; and Deborah Hutchins, assistant professor and chair of the Department of Parks, Conservation and Recreational Therapy.

The trio has formed strong partnerships that have supported student civic action and service learning opportunities with several agencies. Examples include Kemeny partnering with the Butler YMCA and SRU's Storm Harbor Equestrian Center to run programs for youth on the autism spectrum, called Camp ROCK and the TRAILS program, respectively, as well as a program at Storm Harbor for disabled military veterans through the Veterans Administration. Cooke and Hutchins have partnered with group homes and personal care homes such as Allegheny Valley Schools and La Casa, respectively, to provide recreational therapy services and interventions conducted by SRU students, as well as other programs that have supported adults with visual impairments, mental illnesses and other physical challenges.

"The work we do with our partners teaches our students advocacy for people with disabilities," Cooke said. "These are important learning opportunities so that the students can apply what they learn in the classroom and it teaches them how to get involved and work with other people."

"It's always good to be recognized, but it's not why we do it," Hutchins said. "Doing all these activities and integrating them into the classroom takes a considerable amount of time and energy beyond just teaching a class, but it really benefits the students and (based on our feedback) the practical experience is what is remembered and valued the most."

The winner of the President's Community Partner Award, recognizing a community-based organization that has improved the community through a reciprocal partnership with SRU, is the Human Services Center, a mental health treatment provider in New Castle.

The HSC, of one of the agencies that partners with SRU's Social Work Department, provides students with service-learning opportunities that are incorporated with classes through each of the four years of the program. SRU students learn from HSC practitioners and by their junior year, design and facilitate educational group sessions with HSC clients, helping them develop life skills to become independent and integrated members of the community. Additionally, at least two SRU students intern with HSC each semester and during the summer.

"I've never received any awards like this before, so it was unexpected and really cool to be recognized," said Laurlyn Smith, HSC's psychiatric rehabilitation services director. "I love working with the students and having them work with our folks. It's a wonderful experience for the students because we all learn a lot in the classroom, but it's nothing like working with real people, especially when you're going to be working with them in the field."