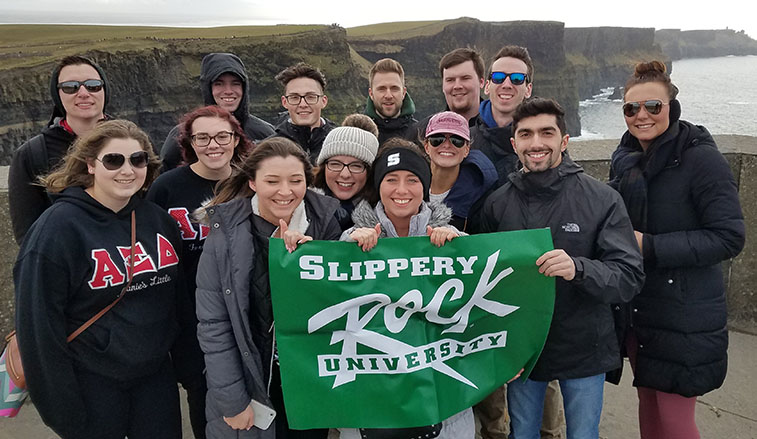 A group of Slippery Rock University students visited Ireland, March 10-16, as part of a faculty-led study abroad trip, learning how companies like PayPal and Dell are using technology as well as visiting tourist attractions such as the Cliffs of Moher.

SLIPPERY ROCK, Pa. - Ireland may be known as the "Emerald Isle," but for a group of students from Slippery Rock University, a March 10-16 study abroad excursion led them to discover a lesser known moniker for the European island country - the "Silicon Valley of Europe." In fact an area of downtown Dublin is actually nicknamed "Silicon Docks." 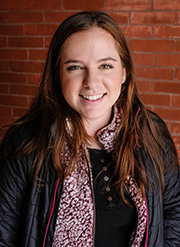 "The goal was to embrace the culture and give students a sense of technology from a global business perspective, being that Dublin and the surrounding areas are the 'Silicon Valley of Europe,'" said Jennifer Nightingale, associate professor of business, who led the group comprised of 14 students, mostly from her Management Information Systems course. "Regardless of their major, all the students realized how important technology is to running and managing a business. It's the backbone of every business."

They also met with representatives and listened to presentations at PayPal and Dell about how the companies are using technology to gain a competitive advantage and to improve efficiency.

As part of their visit, students also sampled new technology, such as Dell's drawing tablet and Microsoft's Surface Hub, a $22,000 mega-tablet designed for conference rooms with an 84-inch touchscreen. At PayPal they learned about a vending-machine-style system the company uses to fulfill technology requests for items such as keyboards, mice and headphones.

While at Microsoft, Nightingale spoke to a group of business professors and lecturers from colleges and universities near Dublin about integrating the software application Microsoft Dynamics into their curriculum to prepare students to use it in their careers.

For Cassie Aber, a senior dual major in information systems and computing from Trafford, the visits provided an opportunity to learn more about her concentration, cybersecurity.

"The terms they were using, like encryption, are the terms that I use in my cybersecurity classes," Aber said. "It was interesting to see what companies are doing to protect themselves and it was beneficial to see the type of places where we could be working someday."

Many of the companies use open floor plans with no cubicles to foster a collaborative work environment.

"I make them collaborate in all my classes and now they get why I do that," Nightingale said. "That was something that really stuck in their heads."

While in Ireland, the students also visited popular tourist attractions, including Giant's Causeway, the Cliffs of Moher and the Titanic Museum, as well paying a visit to Dublin's Trinity College.