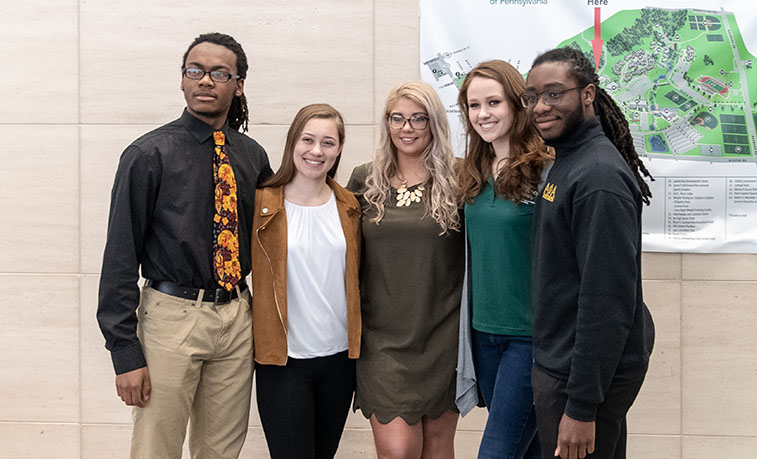 More than 730 students cast ballots in the election that was conducted on CORE.

"As vice president of internal affairs, I really loved handling the inner workings of SGA," she said "As president, I'll be able to branch out and touch the larger student community and their interests."

Dunlop, who ran unopposed, will replace one-year incumbent Dallas Kline, who will graduate in May with a degree in sport management. Dunlop said that she and her SGA counterparts will work toward making sure students know they have a voice, regardless of how large or small the idea or concern may be. The little things, she said, are what make SRU so great.

"When I was campaigning and gathering signatures for my petition, I really enjoyed talking one-on-one with my peers and getting to know them," said Dunlop. "Now, I have the opportunity to be able to represent all of the nearly 9,000 students at SRU and that is exciting."

Voting for senator for Building B resulted in a tie and the senator's position for Building E went unfilled. The situations involving both positions will be resolved at the beginning of the fall semester as will three vacant commuter senator positions.

Four freshman senators will be elected in the fall.

All elected students have until April 15 to accept or reject the positions to which they were elected.