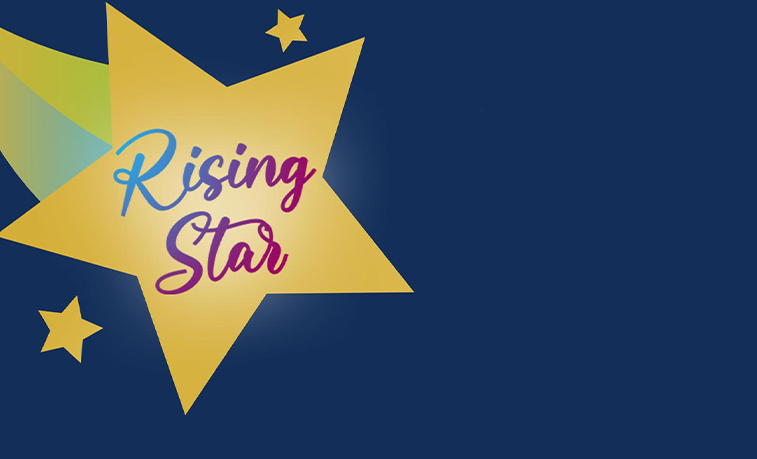 The Rising Star awards and Distinguished Leader awards are presented to students who influence positive change; inspire peers, faculty and professional staff; and effectively delegate, communicate and empower their organization's members. Recipients were recognized for their ability to balance academic life with leadership opportunities and stand out within their organizations. Risings Star awards are given to underclass students and Distinguished Leader awards are given to upperclass students.

The Distinguished Leader awards went to:

Alpha Phi Alpha fraternity received the Outstanding New Initiative award, presented to the student organization that addresses student needs through a new program or initiative. Alpha Phi Alpha sponsored the Comedy Show during SRU's 2019 homecoming week that was part of a larger program called the Black Homecoming Experience, offering students an opportunity to participate in an event that was culturally inclusive.

Green and White Society and the University Program Board received the Outstanding Programming awards, given to a student organization in two categories for planning and implementing a program, event or project that demonstrated leadership, community engagement, collaboration and relevance for college students. For an event with a budget less than $5,000, Green and White Society hosted the Alumni Speaker Series, which invited SRU alumni back to campus to connect with students for a meal and a 30-minute presentation. For an event with a budget greater than $5,000, UPB collaborated with 13 campus organizations to host the Black History Month speaker, Yusef Salaam, an event that was attended by more than 700 students.

The Leadership Living Learning Community, located in Building F, won the LLC of the Year award, given to the LLC that has positively influenced the University and the greater community through exceptional programming, leadership, activities, goal attainments and development of positive visions for the future. LLCs are groups within residence halls that have similar academic goals and common interests.

Kappa Sigma won Student Organization of the Year, an award recognizing an organization that has positively influenced the University and the greater community through exceptional programming, leadership, activities, goal attainments and development of positive visions for the future. Kappa Sigma had the highest GPA of any fraternity at SRU and its hosted programs included a weeklong mental health event and a monthly Pancakes for Patriots event to support the Military Heroes Foundation.

The Wrestling Club at SRU won Club Sport of the Year, recognizing a club team that exhibits excellence in every aspect of its sport. The club increased membership to 25 wrestlers and it placed third at the Mideast Conference duals and finished 2020 ranked 11th in the National Collegiate Wrestling Association Division II rankings.

Emily Hellwig, a junior political science major from York, won the Silent Inspiration award, given to a student who has not yet held a leadership role but has served their organization in an unassuming and quiet manner while making an impact on the organization and the SRU community. Hellwig has contributed to the success of the Slippery Rock Debate Society by advocating civil deliberation and dialogue. She was recognized for her passion and talent for debate, inspiring and mentoring teammates and for her achievements as a competitor.

Hannah Shumsky, a senior secondary education-English major from Conway, was named Student Leader of the Year, an award that recognizes student leaders for their outstanding contributions to campuswide, cocurricular programs and leadership and organizational ability in helping plan and present programs. Shumsky is the editor-in-chief of The Rocket, the independent student-run newspaper at SRU. She helped lead the staff through difficult transitions while producing award-winning material, all while creating an inclusive atmosphere in the newsroom.

Tim Michaels, instructor of communication, and Christopher Overdorff, a graduate student majoring in student affairs in higher education from Hanover, received Exceptional Service to Students awards given to one faculty and staff member, respectively, for their commitment to mentoring and caring for students outside of the classroom and job requirements and influencing the lives of students in a positive way. Michaels is the coach of the Debate Society at SRU and Overdorff is a graduate assistant for the UPB.

Michaels also received the Student Organization Adviser of the Year award, given to an adviser who went above and beyond the requirements of the adviser position by providing consistent service and guidance to a student organization.

The Feminist Majority Leadership Alliance, a student organization that advocates for intersectional feminism at SRU, won the Outstanding Collaboration award, which is presented to organizations that host a collaborative event that achieves a common goal with other organizations. The FMLA was recognized for its “Take Back the Night” event, which is an annual march acknowledging survivors of sexual violence that involved 10 other campus organizations.

The Rocket won the award for Outstanding Diversity Achievement award, which celebrates organizations that successfully implement programs or initiatives that encourage a more diverse and inclusive environment by bringing together people of different backgrounds and statuses. The Rocket was recognized for its commitment to telling stories about gender, mental health, race, sexual orientation and disability, including two print issues devoted to diversity topics, one on mental health and another on sexual orientation and gender identity.

Building D won the Residence Life Event award, which recognizes an event coordinated by students in the residence life community that promoted and enhanced students’ development as responsible community members in a fun, social and educational environment. Residents of Building D and its community assistants challenged themselves to know each other better through their similarities and differences by decorating the building with pendants about each resident.