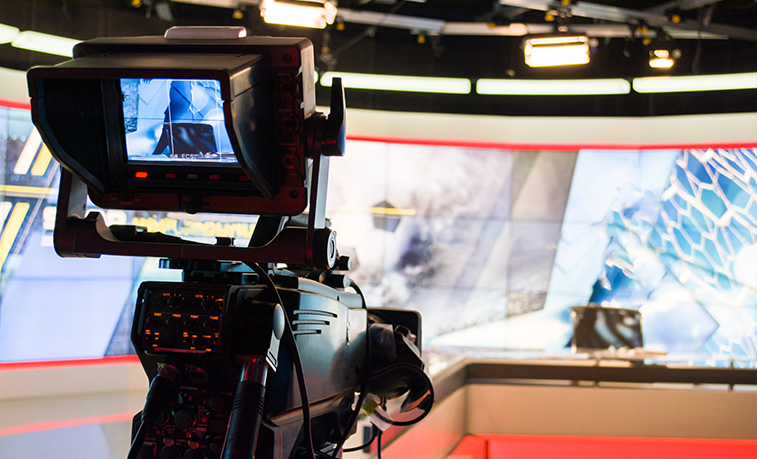 SLIPPERY ROCK, Pa. — The Slippery Rock University Media Hall of Fame has announced the inductees for its 2019 class. The HOF recognizes SRU alumni who have "evolved from an accomplished student at SRU to a person who has excelled at the professional level."

The 10 inductees will be honored Oct. 11 in the Smith Student Center Ballroom during SRU's Homecoming festivities.

Among the inductees will be a pair of Mike McHugh Undergrad Award for Excellence honorees; senior digital media production majors Tom Fabian, from Burton, Ohio, and Logan Snyder, from Beaver Falls. This is the first time the HOF will induct two undergraduates in a single class.

Fabian has served as the president of WSRU-TV as well as multimedia editor of The Rocket, SRU's independent, student-run newspaper. He has also worked as the executive and technical director and executive producer of the bi-weekly program, "Around the Rock." His involvement with the TV station and within the Department of Communication has allowed him to work as a student liaison between WSRU-TV and The Rocket.

After transferring from Robert Morris University, Snyder immediately got involved with WSRU-TV and The Rocket, producing sports-related multimedia content and solidifying a relationship between the student news outlets and SRU's Athletics Department. Snyder recently completed an internship working with the director of production operations for the Pittsburgh Penguins and is currently serving as a student ambassador for the Sustainable Enterprise Accelerator.

The undergraduate award of excellence they won was named for Mike McHugh, a former SRU professor who was a member of the 2016 inaugural HOF class. The award recognizes an outstanding SRU undergraduate student's work in the media.

The HOF will also honor Jim Trdinich, '86, with a lifetime achievement award. Trdinich, director of baseball communications for the Pittsburgh Pirates, has been with the MLB team since 1989. Following his graduation from SRU, he spent two years as a public relations assistant for MLB's National League before joining the Bucs as the assistant director of media relations, a role he would fill for two years before being named to his current position. Trdinich won MLB's Robert O. Fishel Award for Public Relations Excellence in 2011. The Fishel Award recognizes the "active non-uniformed representative of Major League Baseball whose ethics, character, dedication, service, professionalism and humanitarian efforts best represent the standards propounded" by longtime baseball executive Fishel.

The winner of the 2019 Jim Aronson Founders Award is Jay Doudna. Doudna, a 1972 graduate with a bachelor's degree in secondary education: speech and legally blind, established the first Radio Reading Service in Pennsylvania, helped launch the Radio Information Center for the Blind in Philadelphia, and served on the board of the International Association of Audio Information Services. He retired in 2007 and moved to Oklahoma where he continues to donate to, and work with, the Society for the Blind.

• Bill McChain, '74: McChain has had a successful broadcasting career and has hosted numerous sports talk shows including on WAQS in Charlotte, North Carolina. For two decades, he has been the public address announcer for Virginia Tech basketball and football games.
• Vicki Hoover, '81: From Pittsburgh to Texas, Hoover has served as an on-air personality for various radio and television stations. A former account manager with the Xerox Corporation, she co-founded the Women's Referral Exchange Network while working at the York County Chamber of Commerce. She is employed at the Doceo Companies in Hanover.
• Liz Herbert Archambault, '90: Archambault has worked as a writer and producer for multiple stations, including KDKA and WPCQ as well as for Hallmark Advertising. She now works as a preschool teacher and a behavioral therapist for children.
• Lori Cuffari, '85: The late Cuffari enjoyed a highly successful career in advertising sales and marketing for more than 30 years. She worked for Home News and Asbury Park Press in central New Jersey and as a regional advertising specialist for the MediaMax Network. She has won numerous awards from the New Jersey Press Association.
• Charlie Slaight, '83: Slaight has spent more than 35 years in cable television advertising sales and sales management in a variety of states including Alabama, Florida and Tennessee.
• Jacki Muller, '83: Muller's media and public relations work has been featured on "The Today Show," "CNN," "60 Minutes," "NBC Nightly News," The Wall Street Journal, Washington Post, The New York Times and The Atlantic. She currently serves as the senior director of communications at Grove City College.