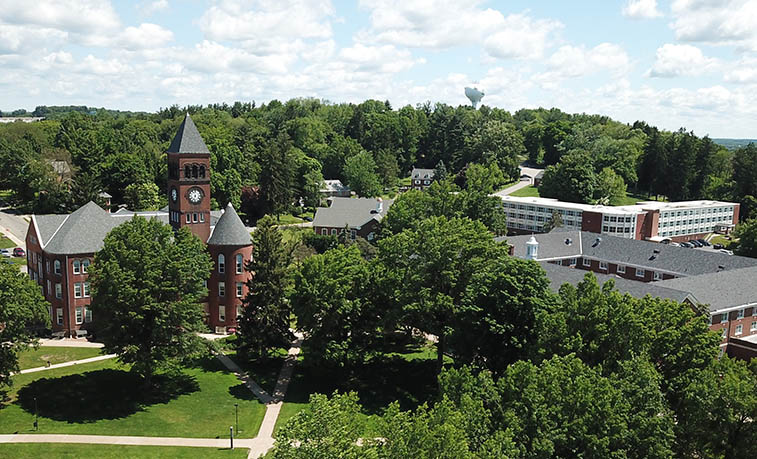 We’re a Rock-solid investment for Money’s worth. These rankings are based on quality, affordability and outcomes to measure a school’s actual performance against its predicted performance.

SLIPPERY ROCK, Pa. — Money.com has named Slippery Rock University to its 2022 Best Colleges list, ranking the top colleges and universities for students' investments. Money scored more than 600 institutions based on quality, affordability and outcomes, to come up with its rankings. Using data such as net price of a degree, loan repayment rates, median earnings, and four other "value added" calculations, Money measured a school's actual performance against its predicted performance.

SRU ranked No. 410 on the list with an overall score of 60.38. More than 2,400 four-year colleges with sufficient data and above-average graduation rates were considered for the ranking. Money experts noted that 74% of SRU students receive grants and the estimated cost of tuition with the average grant being $19,100 per year.

SRU was one of five schools in Pennsylvania's State System of Higher Education to make the list and West Chester University (No. 228, 66.99) was the only school ranked higher than SRU. The University of Michigan topped the list with a score of 89.41.

"This year's Best Colleges list is a new take on our long-standing commitment to helping families make a smart college choice," said Mike Ayers, Money executive editor. "We changed things up so more students could use this list to make educated choices about investing in their future."

The complete list of 2022 Money Best Colleges and methodology are available at Money.com.