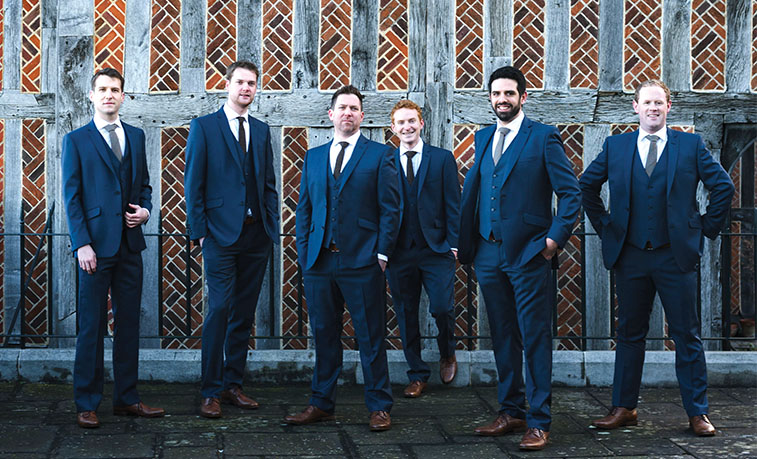 The Queen’s Six, a vocal group based in England, will perform as part of Slippery Rock University’s 2019-20 Performing Arts & Lecture Series. The group will perform at 7:30 p.m., Oct. 27 in the University Union.

SLIPPERY ROCK, Pa. — Slippery Rock University's Performing Arts Series is growing in new directions. Beginning with the 2019-20 season, the series will include nationally known speakers presenting featured lectures as part of its offerings. To reflect the change, the series has been rebranded as the SRU Performing Arts & Lecture Series. "We are excited about the variety of performances represented in this season's offerings," said Deb Baker, special events coordinator. "We believe the addition of the featured lectures is a wonderful addition to the series and will provide our patrons with thought provoking evenings."

Four mainstage shows are included in the season ticket price. A fifth may be selected at an additional cost. Season tickets are $76 for adults; $68 for seniors (62 and older); $60 for youth (17 and younger); and $28 for SRU students. The fifth show may be added for $17.

The four mainstage shows include: 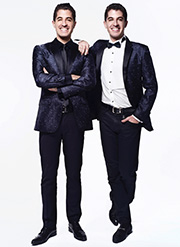 DISNEY AND THE BOYS

Disney and The Boys kicks off the season at 7:30 p.m., Sept. 13, in the University Union. Acclaimed singers and entertainers Will and Anthony Nunziata will take audiences on a magical ride through the music and stories of iconic Disney songs, many from the songwriting team of the Sherman Brothers, or as Walt called them, "The Boys." This multimedia concert includes rare footage from the Disney archives, as the Nunziatas provide fresh takes on classic songs from "Mary Poppins," "The Lion King," "Aladdin," "The Little Mermaid" and more. The Chicago Tribune calls the pair, "... a winning combo of beautiful tenor voices and comedic flair."

The Queen's Six, which is based at Windsor Castle in England, will perform at 7:30 p.m., Oct. 27, in the University Union. The group are members of St. George's Chapel Choir, which performs at chapel services, private and state occasions, and often before the royal family. These extraordinary singers perform a broad repertoire, from early chant, Renaissance polyphony, bawdy madrigals and haunting folk songs to upbeat jazz and pop arrangements. 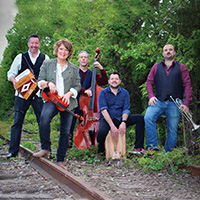 Virtuoso fiddler Eileen Ivers, an original star of "Riverdance," will weave traditional Irish songs, beloved American carols and even a "jigging" Bach into a celebration of Christmas through music and dance at 7:30 p.m., Dec. 6, in the University Union. Ivers, a Grammy Award winner, Emmy nominee and nine-time All-Ireland Fiddle Champion, has performed with Sting, The Chieftains and many others. Her recording credits include more than 80 contemporary and traditional albums and numerous movie scores. The New York Times called Ivers, "The Jimi Hendrix of the violin." 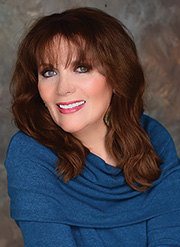 Superstar Maureen McGovern, sophisticated one moment, gutsy the next, and always pitch perfect, will perform at 7:30 p.m., March 21, in the University Union. McGovern has earned numerous Grammy nominations and an Oscar-winning No. 1 gold record. Her concert includes music by Paul Simon, Carole King, James Taylor, Lennon and McCartney, Bob Dylan, Joni Mitchell and other musical icons of the '60s and '70s, as well as Irish melodies in honor of St. Patrick's Day. McGovern will be joined by the SRU Concert Choir for several songs. The New York Times has called McGovern's vocal technique, "second to none." 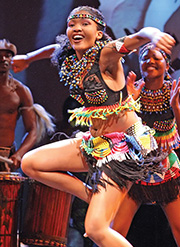 A fifth show, which can be added to the subscription for $17 is:

Cirque Zuma Zuma, a one-time "America's Got Talent" finalist, will perform at 7:30 p.m., Feb 1, in the Smith Student Center Ballroom. The act has been called the ultimate African circus and an African-style Cirque du Soleil. The nonstop action features virtuoso performers who showcase African culture, including dance, acrobatics, tumbling and live music. Cirque Zuma Zuma will keep the audience on the edge of their seats with a variety of pole and aerial acts, Egyptian limbo dances, South African gumboot dances, Gabonese tumbling and feats of South African contortionism.

The Performing Arts & Lecture Series, in conjunction with the Office of Alumni Engagement, is offering a non-series, one-day excursion to The National Comedy Center in Jamestown, New York..

The center is the nation's official institution dedicated to the art form of comedy. More than 50 immersive exhibits take visitors on an interactive journey through comedy history. Guests can tailor their experience to suit personal tastes including slapstick, satire, stand-up and more. 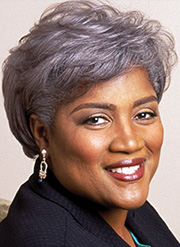 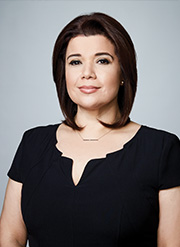 First up is "Crossing the Political Divide with Donna Brazile and Ana Navarro" at 7:30 p.m., Nov. 19, in the Smith Student Center Ballroom.

Brazile is an adjunct professor, author, syndicated columnist, television political commentator, vice chair of voter registration and participation at the Democratic National Committee, former interim National Chair of the DNC, and the former chair of the DNC's Voting Rights Institute.

Navarro is a well-known Republican strategist; political analyst for CNN, CNN en Español, ABC News and Telemundo; and political contributor to ABC's "The View." The Miami New Times named her a "Republican power-consultant" and the Tampa Bay Times called her "a sought-after voice in Republican politics and an adviser for any presidential hopeful."

Brazile and Navarro will bring their political clout, unparalleled insights from the world of politics, and candid stories from behind the scenes to deliver an entertaining and practical talk about today's hottest political topics. Despite being from opposing parties, these pundits have joined forces to give audiences the latest in geopolitics, election forecasting and much more. 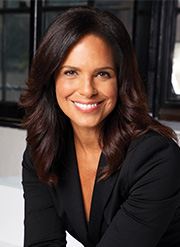 Through the power of storytelling, O'Brien brings a fresh perspective on diverse and contemporary issues to foster change in our community. Driven by a desire to be the best in her profession, O'Brien has excelled by pushing her own limits. Touching on her secrets to a successful career, O'Brien emphasizes her belief in a strong work ethic and a never-give-up attitude.

She is chairwoman of Starfish Media Group, a multi-platform media production company and distributor that she founded in 2013. O'Brien co-anchored CNN's "American Morning" from 2003 to 2007 and was the anchor of CNN's morning news program, "Starting Point," from 2012 to 2013. In 2013, O'Brien became special correspondent on the Al Jazeera America news program, "America Tonight," and since 2013, has been a correspondent on HBO's "Real Sports with Bryant Gumbel."

Both lectures are free and open to the public.