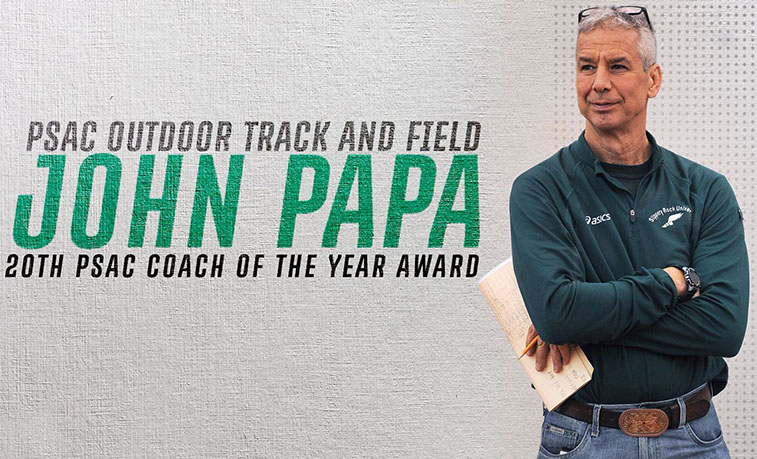 The award is the 20th conference Coach of the Year honor that Papa has earned during a storied 32-year career at The Rock.

It comes on the heels of a season in which the SRU women claimed the league title at the outdoor championships for the 16th time overall and the first time since 2009. SRU snapped a streak of nine straight championships won by Shippensburg and moved three titles clear of the Raiders for the most in league history.

SRU's women's outdoor track and field team has finished in the top three places at the PSAC Championships in 28 of Papa's 32 years at the University. His women's teams have never finished lower than fourth at the conference meet during his tenure.

Papa is the third SRU head coach to earn a PSAC Coach of the Year award in 2018-19, joining Shawn Lutz (football) and Matt Meredith (tennis).