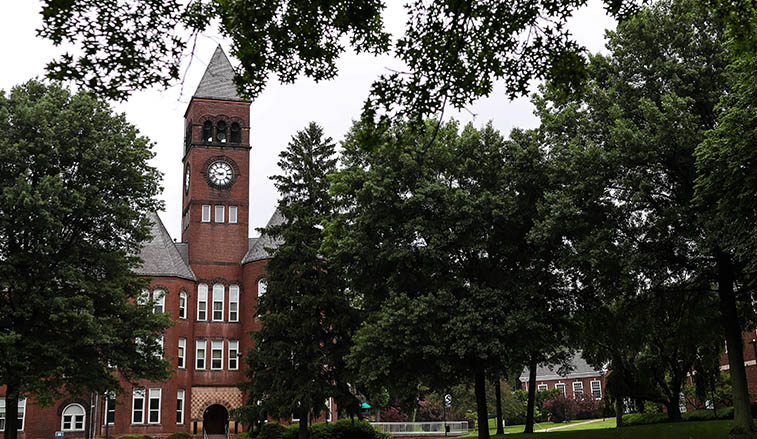 HARRISBURG, Pa. - The board of governors of Pennsylvania's State System of Higher Education today approved the second smallest tuition increase in more than a decade for the 2018-19 academic year.

The $112-a-semester increase, less than 3 percent, was possible largely because of a fourth consecutive year of increased state funding for the State System combined with expected healthcare and energy cost savings. An additional $20 million in budget reductions by the universities still will be necessary.

"I continue to be impressed with how our universities are able to offer an excellent higher education experience at a cost that is so much lower than other universities," said Cynthia Shapira, chair of the board of governors. "Providing high-quality, high-value education is our mission. Ensuring student success is our top priority, and we are also committed to the success of each of our institutions. Today's action underscores our commitment to all of that."

Shapira noted that a combination of increased investment from the state and the students, in addition to continued cost cutting efforts by the universities, is the only prudent choice to ensure State System preserve quality and remain accessible.

"The increased investment from the Commonwealth, for which we are greatly appreciative to both the governor and the legislature, combined with the extraordinary efforts of the universities to control their costs will help us to continue to provide great value across the State System as we prepare students for success in their careers and their lives," said Shapira.

Tuition at the 14 State System universities should remain the lowest among all four-year colleges and universities in the state, less than half that charged by most others. Most full-time Pennsylvania residents, who comprise nearly 90 percent of all State System university students, will pay $3,858 a semester in the upcoming academic year. A full year's tuition will be $7,716.

The tuition increase will help offset a portion of a projected $49.2 million budget deficit this year, leaving a budget gap of about $20 million. The universities, which already have reduced expenditures by a combined nearly $360 million during the last dozen years in order to balance their budgets each year and to help hold down student costs, will have to make additional reductions.

The State System will receive $468 million in funding from the Commonwealth this year, an increase of $15 million from what it received in 2017-18. The last four years has seen the state restore about $55 million of the nearly $90 million in funding that was cut from the State System's annual appropriation at the beginning of the recession. During that same time, however, the State System's mandated pension costs have increased by about $65 million, and other costs also have risen as the result of inflation and other factors. Even with the four consecutive years of increases, the current year's state appropriation is about the same as what the State System received in 2006-07.

Because pension contribution rates are determined by the Commonwealth, the State System has virtually no control over those costs. The State System and its universities have aggressively managed other areas of its budget, even reducing expenses in some areas.

The State System's healthcare costs, which have risen steadily for years, actually are expected to decrease by $7.7 million this year, the result, in part, of the healthcare plan changes implemented following the last round of negotiations with its various labor unions, a new strategically sourced healthcare administration contract and favorable shifts in plan participation.

Energy costs also are expected to decrease in 2018-19, by about $2.4 million. Since 2005-06, the universities have avoided about $250 million in energy costs through the completion of a variety of energy-conservation projects that have made campus facilities more efficient, and lower rates achieved through system wide procurement. The savings resulting from those avoided costs continue to accumulate at a rate of more than $20 million a year.

"Because we are a single system, we are able to generate significant savings through sharing and combining services," said Interim Chancellor Karen Whitney. "We will continue to look for additional ways to maximize these kinds of cost-saving opportunities as part of our system redesign."