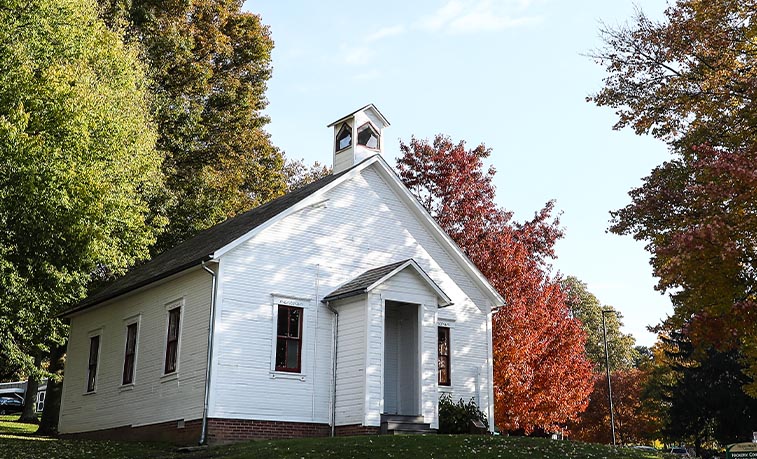 The Hickory Corner Schoolhouse at Slippery Rock University was donated to the University in 1988 by the McCandless family. The McCandless estate recently provided gifts totaling more than $1.8 million, which mostly supports student scholarship but a small portion will help maintain the schoolhouse.

SLIPPERY ROCK, Pa. — The largest gift ever contributed by a private individual to Slippery Rock University is even larger than expected. Last year, SRU received a record $1.1 million gift from the estate of Joseph McCandless, who passed away Jan. 14, 2020. The gift total now exceeds $1.8 million with the McCandless estate donating an additional $700,000 on June 24.

That means even more money to support SRU students and additional funds to preserve one of the most fascinating buildings on campus. The money will be used to fund an endowed scholarship that was established with the initial gift, as well as more than $120,000 to help restore and maintain the Hickory Corner Schoolhouse.

McCandless, who lived in Ellwood City and was born in Slippery Rock, did not graduate from SRU but he had a strong affinity for the University and the teaching profession. His mother, Sylvia Cooper McCandless, Class of 1909, and sister, Sara Jane McCandless, '50, are both SRU alumnae who became teachers. The "Sylvia Cooper McCandless Class of 1909 and Sara Jane McCandless Class of 1950 Scholarship" was established by the McCandless estate to provide a renewable scholarship for full-time students who are majoring in early childhood education and who demonstrate financial need. Because it is an endowed scholarship, the amounts awarded to students are not yet determined and applications are not yet being accepted, but the scholarship will be awarded each year to a first-year student and can be renewed up to three additional years. 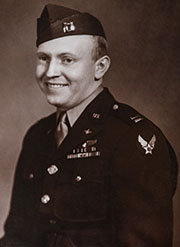 "Joe was a wonderful man, and we appreciate his generosity. He's always recognized the importance of an SRU education, in his family's lives and in the lives of future students," said Edward Bucha, executive director of the SRU Foundation, Inc. "He wanted to demonstrate his love and respect for his mother and sister, and for the high-quality education the SRU College of Education provides for future educators."

The Hickory Corner Schoolhouse will also be around for a long time because of McCandless. The one-room schoolhouse located along Maltby Avenue near the McKay Education Building was acquired by McCandless and donated to SRU in 1988 to celebrate SRU's tradition of teacher preparation. The structure functioned as a schoolhouse in Franklin Township, Butler County, from 1891-1963. The schoolhouse is currently used as a museum to illustrate the roots of America's early system of education.

According to Dennis Washington, SRU's vice president for University advancement, estate and planned gifts are a great way for people to leave a lasting legacy at SRU.

"Joe's gift is transformational money that helps our students," Washington said. "This is a great example of the impact of planned and estate giving, and it's an opportunity to celebrate SRU and the people who are part of the campus community."

A story about the life and legacy of McCandless, including his background as a decorated World War II soldier, was published in the fall 2021 issue of The Rock magazine.