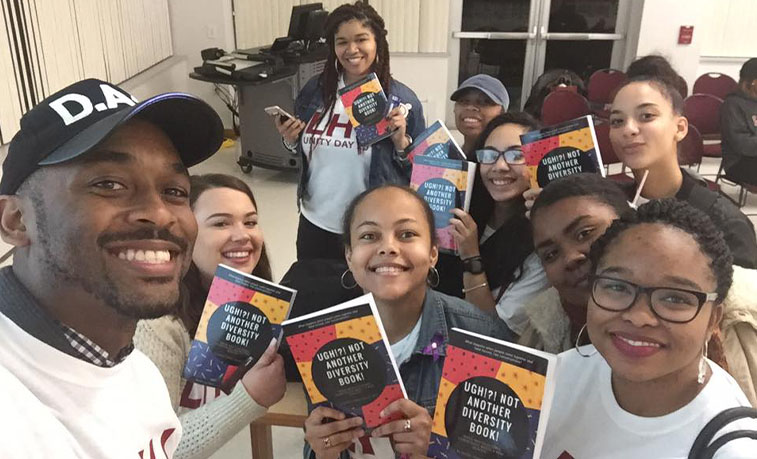 Justin Brown, left, a 2011 Slippery Rock University graduate, founded Diversity Awareness Program, a company that he created in 2008 while still an SRU student. He has implemented DAP at more than 600 colleges and universities, as well as businesses, organizations and even a professional sports team.

SLIPPERY ROCK, Pa. — When Justin Brown was a student at Slippery Rock University, he didn't wait to follow a career path or conform to someone else's idea of success. Instead, he built bridges by developing a program that not only helped people relate to one another, but also provided Brown a bridge to his successful career. Building Bridges was the name of a diversity training program that Brown started at SRU when he was just a sophomore in 2008, which led to him starting his own company using the program model and delivering it to more than 600 colleges, universities and other postsecondary institutions during the last 13 years.

Brown, a 2011 SRU graduate with a degree in public relations and communications, is the founder and CEO of Diversity Awareness Program, formerly known as Building Bridges. Then there is his "day job" as the director of diversity, equity and inclusion at the Downingtown Area School District in southeastern Pennsylvania. He is also president and CEO of Onward and Upward, a college preparatory program. Oh, and then there is his latest creation, an online video series that he hosts called "Motivation Monday" in which he interviews celebrities who include Al Roker of "The Today Show," Craig Robinson of "The Office," and comedian Bill Burr.

"Building Bridges served as the catalyst for DAP," Brown said. "Other people were seeing what we were doing at SRU, and I started getting calls while I was still a student from people asking me how they could put something like it together and replicate it."

A rival school of SRU's, Indiana University of Pennsylvania, asked Brown to implement a program for their students, which by paying him to lead, marked the start of his business venture.

"Almost 15 years later, we are now traveling to an institution per week doing training," Brown said.

The purpose of DAP is to promote diversity and cultural awareness in all aspects of life to the students, faculty and staff on a college campus through active engagements and discussions on social issues and ideas. He leads them in discussions, workshops and other activities to encourage people to seek opportunities to become more culturally aware and socially conscious. While Brown typically meets with a site facilitator or speaks to groups on campus in person, during the pandemic the programming has taken place virtually.

DAP has now expanded beyond colleges and universities to include businesses, churches, police departments and even professional sports teams. He recently conducted a training session with the Minnesota Twins major league baseball team. 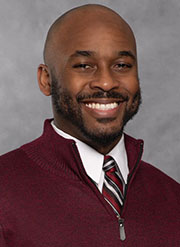 Depending on their needs, organizations might continue with programming on their own using the DAP model, companion workbooks or in association with copies of Brown's 2017 book, "Ugh!?! Not Another Diversity Book."

The book is used as a textbook in an SRU special education/foundations of education class, Cultural Minorities in Education, and its title addresses many people's sentiment that diversity training is a waste of time or checking a box.

"A lot of people have had bad experiences with diversity programs, and I get it; I've sat through a lot of bad programs," Brown said. "(The reason for bad programs) is because facilitation is just as important as actually having the skills or the knowledge of what's happening. (As a facilitator), you have to be able to set the stage for others. If staged correctly, people will want to be able to speak on their own experiences. They don't want to be told what their values should be, or taught what they should know. They want experiential learning. So as a facilitator, (I say) 'Hey, y'all, we're all going to be learning from each other today; we're all experts here. Let's jump into some of these activities and see what comes up.'"

An example of a DAP activity is Stereotype Charades where subjects walk around with a card on their heads identifying the name of a protected class of people, and then other people engage with the cardholder by how they think society should treat a person from that particular protected class.

Brown said he doesn't try to represent the voices of entire ethnic groups, saying that he represents the experiences of one Black man.

"That's why everyone has to dive in," Brown said. "(Diversity awareness) is everybody's job, not just the DEI director or a diversity (officer).

Brown's own story can be easily considered a success story. He grew up in Chester County, just outside of Philadelphia, and decided to attend SRU after receiving the Board of Governors Scholarship and having positive interactions with SRU staff, including the late Rita Abent, an executive in the Office of University Communication and Public Affairs, and Mimi Campbell, who at the time worked in the Admissions Office.

Brown admits there was culture shock while transitioning to a rural community and a predominantly white institution. He noticed stereotypes being misapplied, and that's what motivated him to get involved with diversity programming.

"It was self-therapeutic for me to really be able to get into the room and have dialogue with people to ask, 'Why did you think that (way)?'" said Brown, who was voted Homecoming King while at SRU. "Slippery Rock is a very friendly place and (I wanted to learn more about people) as I was creating relationships. (...) I was just that student who really bought into student life, student leadership and experiential learning."

Developing empathy and forming authentic relationships led Brown to success throughout his career. After graduating from SRU, Brown earned his master's degree in student affairs in higher education from IUP in 2013, before working as a resident director at West Chester University, all while developing DAP. Additionally, he led Onward and Upward, a program that has worked with 17 schools in the Philadelphia area to help underserved and marginalized youths apply for colleges and to provide them with other college preparatory resources.

During the pandemic, with many programs either canceled or taking place online, Brown started "Monday Motivation" in which he interviewed celebrities via Zoom to talk about diversity issues. More than 80 episodes have been shared on the DAP Facebook page.

Brown started calling agents and publicists requesting interviews and after getting Deon Cole, a comedian and actor from the ABC sitcom "Black-ish" to agree to come on the show, many more followed, including The Rev. Al Sharpton and former heavyweight champion boxer Larry Holmes.

"I had such great experiences (connecting with celebrities) and I wanted to give people the experience to do that with me," Brown said. "I want to be able to have conversations with people that I think the average person doesn't get to hear from or be able to have conversations with. It's been fun to just jump on there and take your shot with someone who you're never going to get 20 to 30 minutes with ever again in your life."

Brown recently had the tables turned, as he was a guest on an episode of the "Hello, SRU" podcast.

"Everyone always says, 'You're such a success story,'" Brown said. "But I love to come back and talk about (my time at SRU), because SRU is where I got my start and where I'm invested."