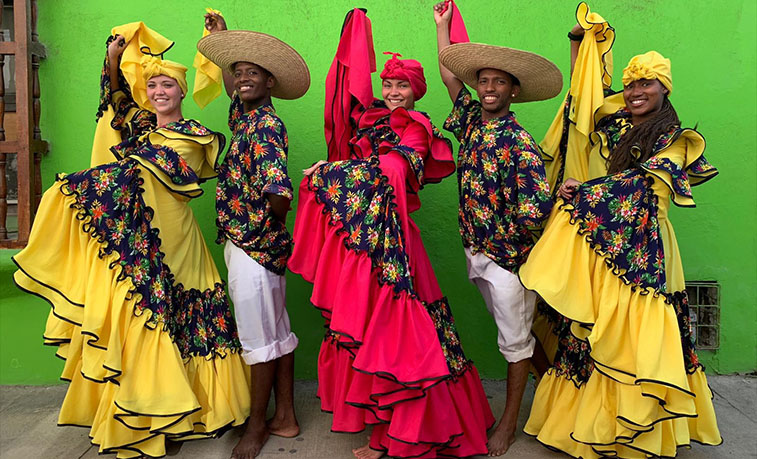 SLIPPERY ROCK, Pa. — A group of Slippery Rock University students visiting Cartagena, Colombia was so excited to be there they were literally dancing in the streets. Granted, that sort of thing could be expected since they were members of SRU's Afro-Colombia Dance Ensemble

"We went salsa dancing in a plaza with other street performers even though we'd been dancing all day," said Alanna Rygelski, a junior dual dance and communication major from Glenshaw. "It was such a lively and a fun atmosphere, we started dancing. Everyone around liked it and was engaged. They were able to tell we were travelers (from outside the country) so they were more invested in watching us and welcoming us to their country."

Six members of the ensemble made the June 18-27 trek as part of a faculty-led program with Melissa Teodoro, associate professor of dance and a Colombia native. The purpose of the trip was to study and reconstruct an Afro-Colombian dance titled "Currulao," learning from students at the Universidad de Cartagena and Colombian choreographer Luis Fernando Trouchon. Afro-Colombian dance is a mix of rhythms and movements characteristic of the Colombian people and influenced by African dance and indigenous rhythms set to music that is based on percussion, marimba, shakers and songs that tell stories.

"This international travel opportunity provides the students a chance to immerse themselves in the Colombian culture which they have been studying through choreography and movement vocabulary at the University," said Teodoro, who takes a group of SRU students to Colombia every other year. "I immensely enjoy sharing my knowledge and experience of Afro-Columbian dance with the students and it's great to see how the students are transformed by these type of study-abroad opportunities."

Students like Rygelski have traveled abroad with other SRU groups, including programs in Japan and London, but for some students, like Vanessa Adams, a junior dual exercise science and dance major from Lower Burrell, the Colombia trip was her first time traveling internationally.

"Going to Colombia gave me a more positive outlook and made me more grateful for what we have in America, because the people there don't take anything for granted and they just live in the moment," Adams said. "Groups (from SRU) go down there and to learn a dance, but it's more than that; I felt like learning from the (Colombian) people gave me a better understanding of how to do the moves and seeing them gave me a better appreciation for the dance and how to do the dance better."

"All though I already traveled abroad through the University, I thought it would be interesting to see a different country through a dance perspective," Rygelski said. "I already knew the repertoire that we performed at different locations but it was nice to be (immersed) in the culture where it was created. It allowed for a better understanding and the embodiment of the different moves that we have to perform."

Teodoro said the Afro-Colombia Dance Ensemble, which includes 15-20 members, will perform "Currulao" during the fall semester at various venues and events such as the Pennsylvania Hispanic Chamber of Commerce Gala, the SRU Faculty and Guest Artist Concert, Youngstown State University Latin American Festival and the University of Pittsburgh International Holiday Festival, among others.

"('Currulao') is one of the harder pieces that we've learned," Rygelski said. "There's a lot of movement and different shapes around the space and constant formation changes."

Costumes and props for the dance were custom made for the SRU dancers by Elena Ruiz, a Cartagena-based costume designer and seamstress.

While in country, the students went snorkeling; participated in Spanish language and cooking classes; visited museums, historic sites, the nearby city of Barranquilla and the Rosary Islands; and spent five hours in daily dance workshops.

"Traveling abroad is so important because it opens your eyes to everything the world has to offer," Rygelski said. 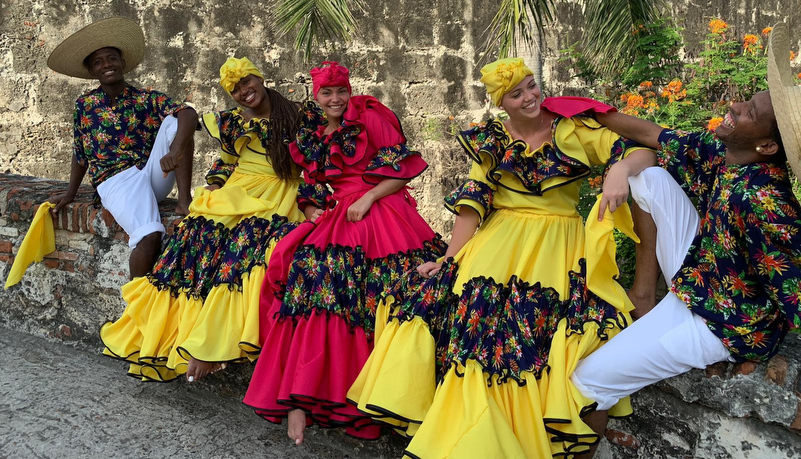 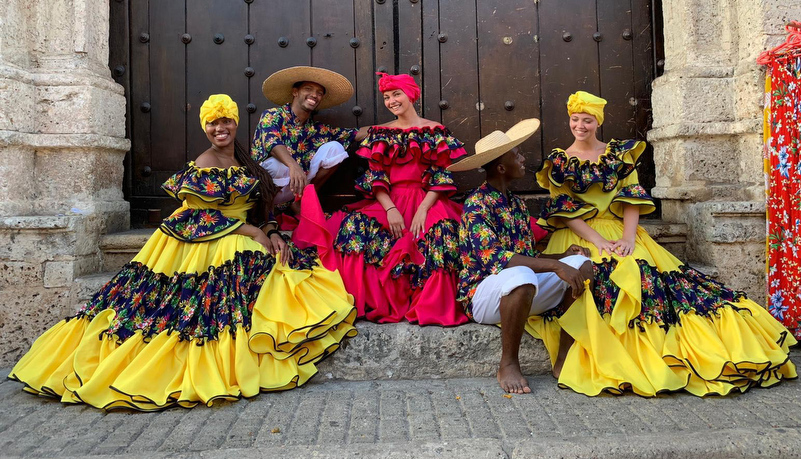 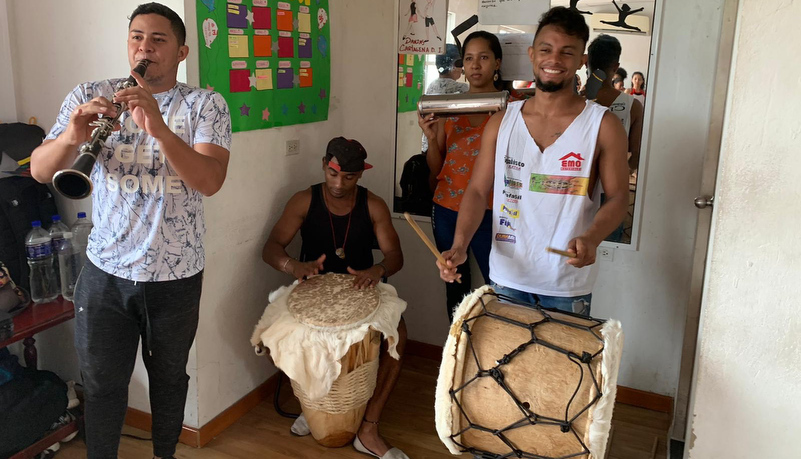 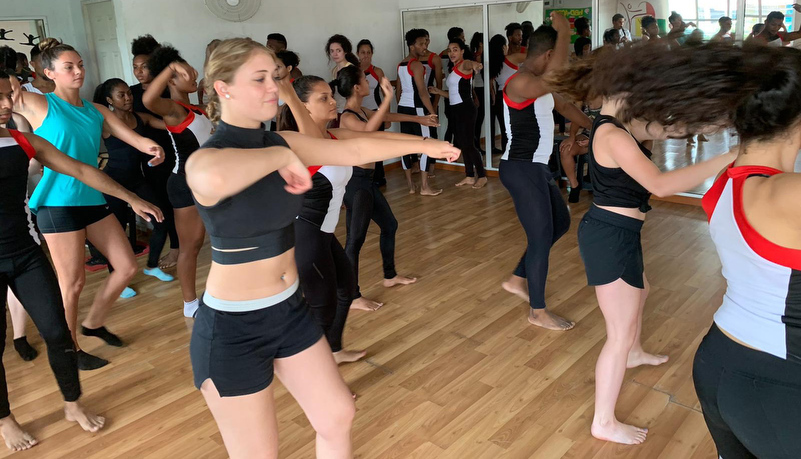 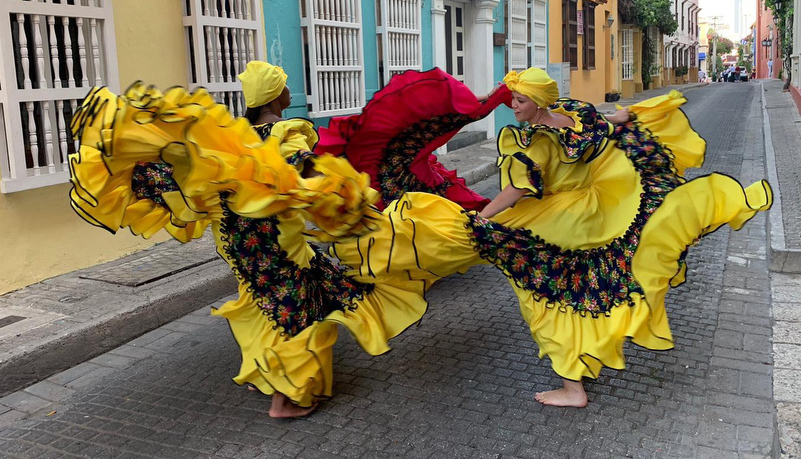 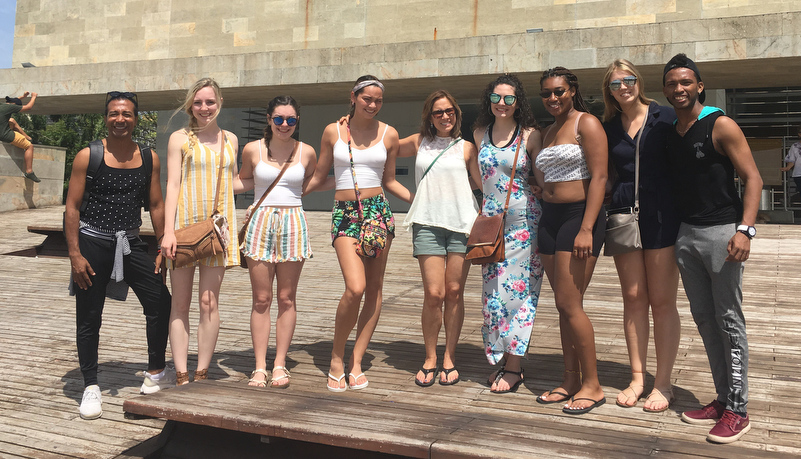 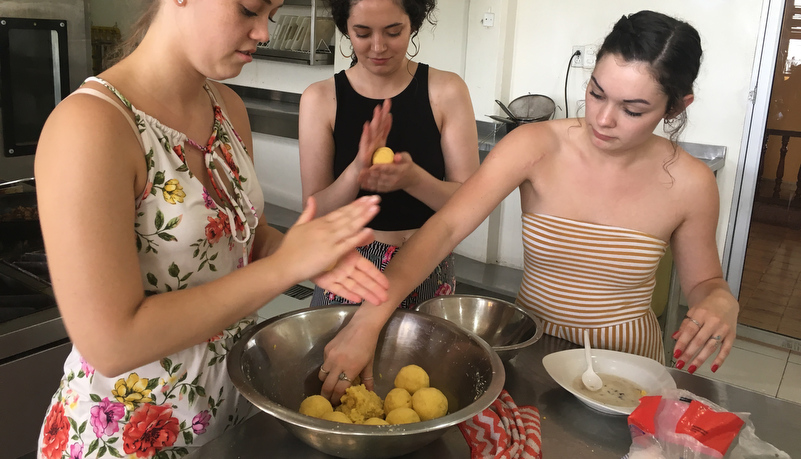 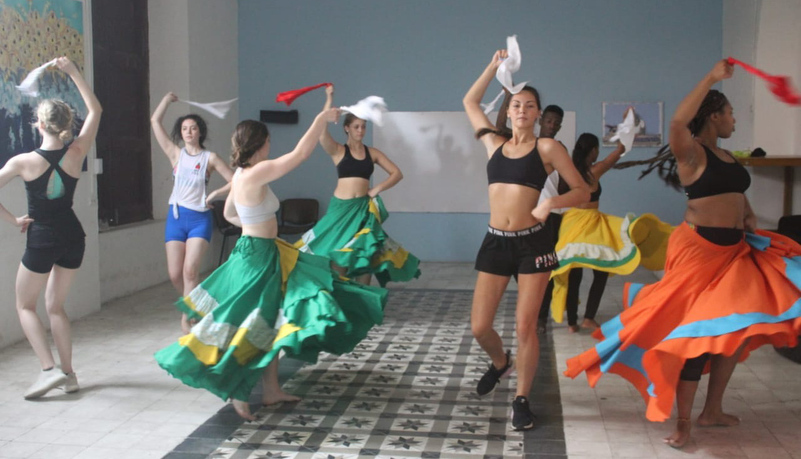 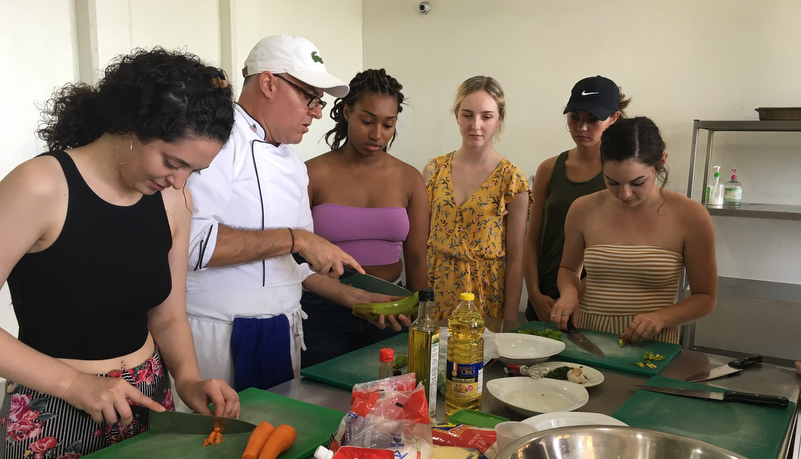 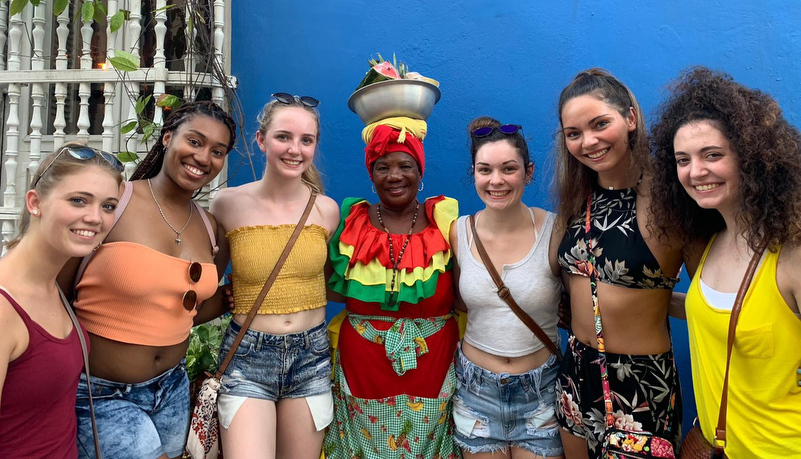