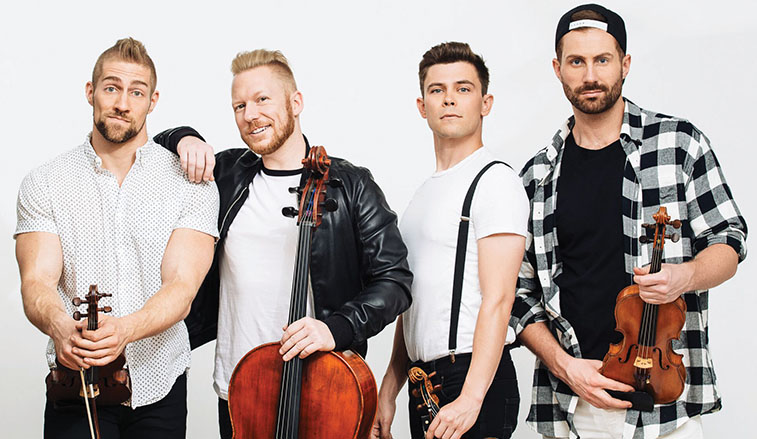 "We have a unique and talented group of artists visiting the University this season," said Deb Baker, director of special events. "I encourage everyone to see for themselves the creative and exciting works these performers have to offer. No one will want to miss the opportunity to see each of them in person." 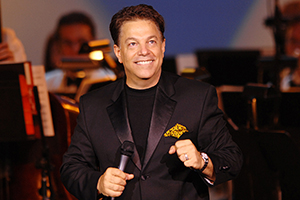 Well-Strung, a New York City-based string quartet, will open the series at 2 p.m., Sept. 15 in the University Union. The group derives their unique blend of vocals and strings by fusing classical music with modern pop music. Group members Edmund Bagnell, first violin); Chris Marchant, second violin; Daniel Shevlin, cello; and Trevor Wadleigh, viola, have been described by Boston Spirit Magazine as "a genius mash-up of boy band and classical string quartet;" while the New York Daily News called them "the hottest thing with a bow since Jennifer Lawrence in "The Hunger Games."

Since making its debut in the summer of 2012, the quartet has played in cities across America, toured internationally and performed in front of former President Barack Obama.

With a show that combines "the personality of the Rat Pack, the harmony of Manhattan Transfer and the quirky arrangements of Postmodern Jukebox to bring about an unforgettable musical experience," Martini Pop will appear at 7:30 p.m., Nov. 2 in the University Union. 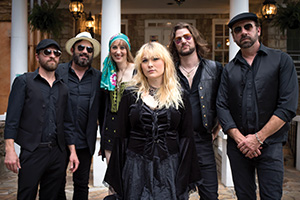 Performing a set list of the most well-known and beloved songs recorded or performed by Frank Sinatra, A Swingin' Holiday Affair starring Steve Lippia and featuring the SRU Jazz Ensemble will perform at 7:30 p.m., Nov. 17 in the Smith Student Center Ballroom.

Lippia has become one of the most prominent, in-demand vocalists and has quickly established his place among the finest interpreters of "standards" and traditional pop music in the nation. His youthful, energetic talent and powerful show creates a perfect blend of "classic" with "today" and introduces a new generation to this timeless music while appealing to long-time listeners.

He has headlined highly successful, extended engagements at The Rio All Suite Hotel and Casino in Las Vegas as well as performing in multiple engagements in Atlantic City.

This return engagement to SRU will also feature a blend of jazz and swing standards and Christmastime songs as Lippia is accompanied by the SRU Jazz Ensemble, under the direction of Jason Kush.

The country's premier Fleetwood Mac tribute band, Rumours, will recreate the energy and sounds of one of rock 'n' roll's most well-known groups at a 7:30 p.m., Jan. 25 performance in the University Union.

Rumours blends perfect harmonies and precise instrumentation to create a visually engaging stage show that appeals to diehard Fleetwood Mac fans as well as those who are new to the band's music. The group has played to packed houses at major venues across the country, including the House of Blues and a one-week residency at Disney's Epcot during the park's popular "Sounds Like Summer" concert series. 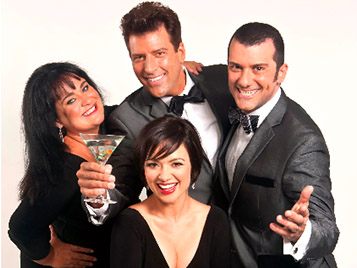 Neil Berg's "American Royalty: Queens of Sex, Soul and Song" will wrap up the season with a 7:30 p.m., March 29 performance in the University Union.

Featuring an amazingly talented all-female cast of four Broadway, rock 'n' roll, jazz and pop artists as they perform the hit songs and tell the stories behind the music that has transformed American culture and character. These extraordinary singers take audiences on a musical journey that includes Bessie Smith, Appalachian and bayou music, as well as tributes to Ella Fitzgerald, Whitney Houston, Barbra Streisand and many other musical icons.

Lastly, the Performing Arts Series will be teaming up with the Office of Alumni Engagement to offer a pair of non-series day excursions.

A trip to Pittsburgh's Heinz Hall for a showing of "The Wonderful Music of Oz" will take place April 26, 2019. The show features the Pittsburgh Symphony Orchestra, three bewitching vocalists and the CMU Drama Singers exploring all things Oz with music from "The Wizard of Oz," "The Wiz," "Wicked" as well as other Oz-inspired hits. A tour of Heinz Hall is included in the price. Tickets are $55 for adults including transportation; $40 for SRU students and children including transportation; and $30 for SRU students and children without transportation. The bus will depart the Alumni House at 4:30 p.m. and return at approximately 11:15 p.m.