SRU Communication and Media Hall of Fame reveals its 2020 class 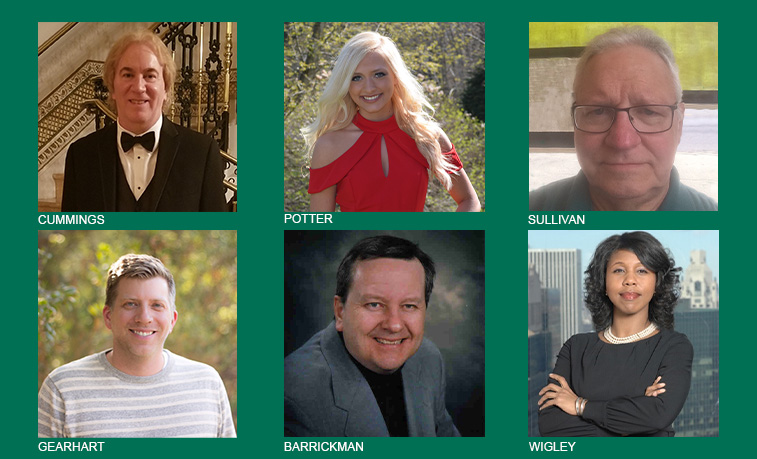 The Slippery Rock University Communication and Media Hall of Fame has announced six inductees into its 2020 hall of fame class.

SLIPPERY ROCK, Pa. — The Slippery Rock University Communication and Media Hall of Fame has announced six inductees for its 2020 class. The hall of fame recognizes people who "evolved from an accomplished student at SRU into a person who has excelled at the professional level in the fields of communication and media."

Typically, hall of fame inductees are recognized at a ceremony during SRU's Homecoming weekend, but this year they will be honored as part of a virtual event due to the COVID-19 pandemic. A recorded webcast will be streamed via the WSRU-TV YouTube channel and Facebook page at 6 p.m., Nov. 19, and include acceptance speeches submitted by the inductees.

"The SRU Communication Department has a long record of student success and this class exemplifies how students from our department became leaders in media and strategic communication fields from coast to coast," said Katrina Quinn, professor of communication and department chair. "We're proud to be able to recognize these inductees for their outstanding work. We do a lot of bragging about our alumni because there is a lot to brag about."

Sullivan was general manager of the WFNT student radio station from 1970-72, playing a vital role in the station's move to the University Union and developing the news and sports departments that included expanded coverage and remote broadcasts. As a professional, Sullivan worked in newspaper and radio advertising before beginning a successful 33-year career as an administrator in the railroad industry.

Potter, a 2020 SRU graduate with a degree in communication, was recently hired as a multimedia journalist at Erie News Now, the media company that includes television stations WICU and WSEE in Erie. Potter served as the president, an anchor, producer and reporter for WSRU-TV, the student-run television broadcast and video production company at SRU, as well as a contributor to The Rocket, the independent student-run newspaper at SRU.

Potter also served four years as the president of the National Broadcasting Society, SRU chapter; a member of the Society for Collegiate Journalists, Lambda Pi Eta and SPARK; and co-founder of Open Hearts for All, a nonprofit organization at SRU. She also served on the National Broadcasting Society board of governors from 2018-19 and received several awards for her work.

Barrickman, who earned his degree in communication in 1982, is the sports director at the WBVP and WMBA radio stations in Beaver Falls, where he has covered high school, college and professional sports since 1980. He is an award-winning broadcaster of Geneva College football games. His other awards include induction into the Beaver County Sports Hall of Fame and a community service award from the Rochester Chamber of Commerce for his contributions to local youth sports. As an SRU student, Barrickman was a sports announcer and disc jockey for WNFT.