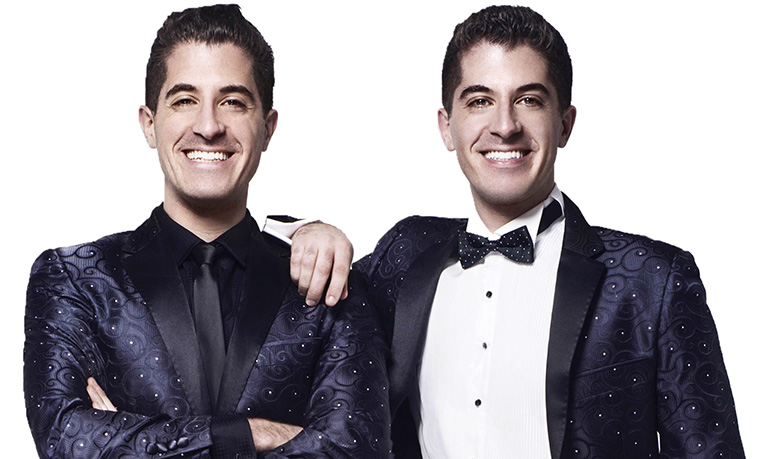 Acclaimed singers and entertainers Will and Anthony Nunziata will take audiences on a magical ride through the music and stories of iconic Disney songs, many from the songwriting team of the Sherman Brothers, or as Walt called them, "The Boys." This multimedia concert includes rare footage from the Disney archives, as the Nunziatas provide fresh takes on classic songs from "Mary Poppins," "The Lion King," "Aladdin," "The Little Mermaid" and more. The Chicago Tribune calls the pair, "... a winning combo of beautiful tenor voices and comedic flair."

In recent years, the Nunziatas have become two of the most sought-after young entertainers in the nation, performing more than 400 concerts. These Brooklyn-born, classically-trained singers and comedians have headlined major performing arts centers, theaters and concert halls across the country and around the world.

They have been hailed by The Huffington Post as "a nearly impossible pairing of talent, stage presence and charisma." The pair recently headlined Carnegie Hall for two sold-out concerts with the New York Pops Symphony Orchestra.

The multitalented brothers recently provided an original song, "The Gift Is You," to Susan G. Komen for use in campaign videos by the national breast cancer awareness nonprofit. The song was written in response to their mother's breast cancer diagnosis.