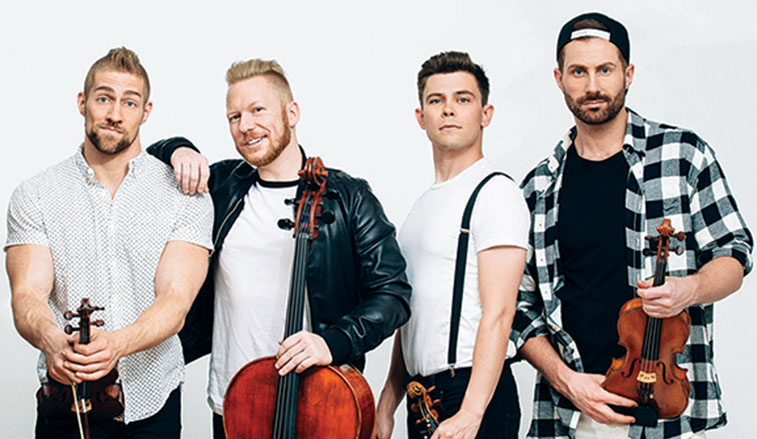 Group members Edmund Bagnell, first violin); Chris Marchant, second violin; Daniel Shevlin, cello; and Trevor Wadleigh, viola, have been described by Boston Spirit Magazine as "a genius mash-up of boy band and classical string quartet;" while the New York Daily News called them "the hottest thing with a bow since Jennifer Lawrence in "The Hunger Games."

Since making its debut in the summer of 2012, the quartet has played in cities across America, toured internationally and performed in front of former President Barack Obama.

Marchant and Wadleigh recently paired up to compete in Season 30 of the CBS program, "The Amazing Race." The duo completed seven legs of the 12-stage competition. The show features a cast of 11 teams of two competing for a $1 million prize. The teams complete physical and mental challenges while traveling around the world to various destinations that are revealed only after each mission is completed.