SRU hoping to ‘Rock the Weekends’ for its students 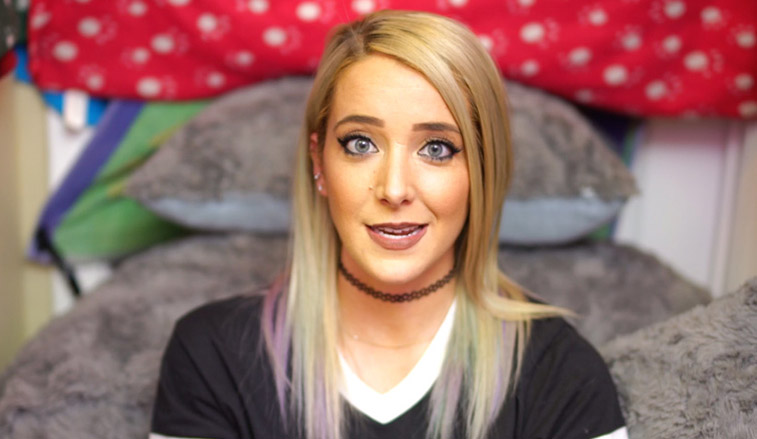 Comedian, actress and YouTube star Jenna Marbles will appear at Slippery Rock University at 7 p.m., Sept. 21 at the ARC as part of the “Rock The Weekends” entertainment series sponsored by the Office for Student Engagement and Leadership.

SLIPPERY ROCK, Pa. - Every Friday, nearly the same scenario plays out on the campus of Slippery Rock University: from the chatter heard throughout the hallways to the yelling across the Quad, the same question is on every student's mind - "What the heck are we doing this weekend?" As it turns out, SRU's Office for Student Engagement and Leadership has an answer: "Rock the Weekends!"

According to Lauren Moran, SRU director of student engagement and leadership, it's an idea whose time has come. "I began thinking of the idea when I first arrived at SRU about two years ago," said Moran. "I noticed the lack of weekend programming and through student surveys we distributed during the spring 2018 semester, we confirmed that the No. 1 thing students were asking for was programming and events during the weekend.

The remaining fall semester events, eight in all, plus the SGA Movie Series, will feature a variety of options including a guest appearance from Jenna Marbles at 7 p.m., Sept. 21 at the ARC. Marbles, a vlogger, comedian and actress, is best known for her YouTube channel that has racked up more than 2.6 billion views and boasts 18 million subscribers. She is also the first social media star to have a wax figure displayed in Madame Tussauds Museum in New York City.

"OSEL is committing to at least two weekends each month where there will be some social programming or large scale event for students to take advantage of during the weekend." Moran said. "Our hope for this program is to further expand into regular, every weekend programming in the future, but we're testing it out this semester to gauge student interest and excitement. If the participation and enthusiasm is there, I'd love to see a true weekend series where we provide something for everyone all the time."

Also on the docket is an excursion to Pittsburgh for "University Day at PNC Park" in September; a haunted house and laser tag event in October; and a bus trip to PPG Place for ice skating and a viewing of holiday lights at Kennywood in December, among others.

A number of student clubs and organizations are assisting OSEL in bringing the program online, including: Fraternity and Sorority Life, Musical Theater Society, Homecoming Committee and University Program Board.