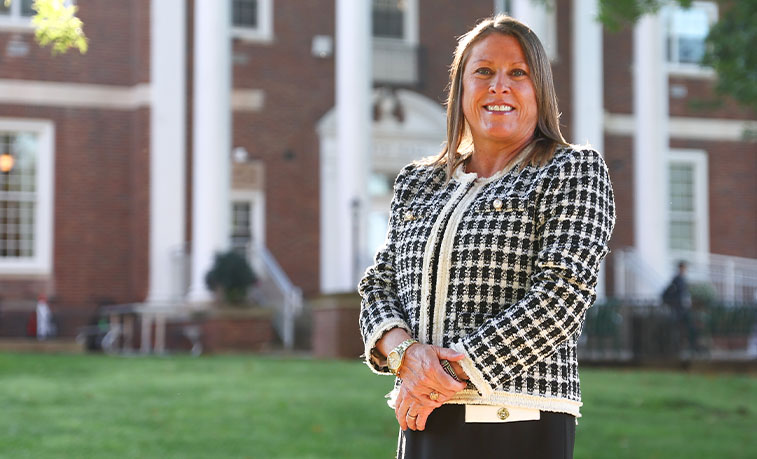 Samantha Swift, who has worked at Slippery Rock University since 2011, has been appointed interim vice president for advancement.

SLIPPERY ROCK, Pa. — Slippery Rock University today announced the appointment of Samantha Swift as interim vice president for university advancement. Swift has worked at SRU since 2011 and assumed the role, Sept. 19, after Dennis Washington, former vice president for university advancement, accepted a position at Drexel University. Swift has nearly 30 years of higher education experience, including the last two years as SRU's executive director of development and advancement services and the previous nine years as director of development.

During the 2021-22 fiscal year, SRU raised more than $3.8 million net donations, a record high for the University. SRU's total endowment is more than $46.5 million.

"Samantha has done a tremendous job growing and strengthening our base of donors who support the University and help our students succeed," said William Behre, SRU president. "We're grateful for her guidance during this transition of leadership and I look forward to the ways she can use her talents and knowledge to further enhance the Advancement Office and the University."

Swift will be responsible for providing development strategies, building philanthropic partnerships and overseeing the University's relationship with the Slippery Rock University Foundation, Inc. In addition, she will lead the University's Advancement Office, which consists of nine staff members.

"I am thrilled to lead the advancement efforts at Slippery Rock University," Swift said. "We have a great team working together to engage SRU alumni, strengthen our community partnerships, and support our students. My 11 years at The Rock have been so fulfilling, personally and professionally, due to the wonderful relationships that have been cultivated, and I look forward to continuing them in my new role."

Prior to arriving at SRU, Swift spent 18 years at Chatham University in Pittsburgh in a variety of roles, including assistant vice president for university advancement.