SLIPPERY ROCK, Pa. - Slippery Rock University will recognize five recipients of the Women and Allies of Distinction Awards as part of the 32nd annual Leadership and Mentoring Dinner. The event, hosted by the President's Commission on Women and SRU's gender studies program is 5 p.m., Oct. 9 at the Russell Wright Alumni House.

"I adore this event," said Cindy LaCom, professor of interdisciplinary programs and director of the gender studies program. "It's warm, it's collegial, it's supportive and it's just a very lovely night. This provides a unique opportunity for people across campus to celebrate women and mentoring relationships." 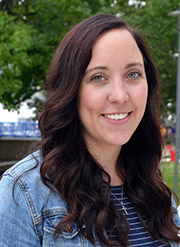 Tina Seidelson, Carnegie STEM Girls Program Manager at the Carnegie Science Center in Pittsburgh, will serve as the keynote speaker. Seidelson directs programs to close the gender gap in the fields of science, technology, engineering and math by introducing opportunities to girls in area middle schools and high schools.

"Tina is passionately committed to mentoring girls and creating opportunities and she is a great fit for the event, especially with SRU's STEM programs thriving," LeCom said.

The awards, selected by a subcommittee of the President's Commission on Women, recognize women and allies who demonstrate excellence, leadership and integrity in their respective fields as mentors, role models and advocates. More than 20 nominations were received for the Distinction awards across the categories of staff, student, alumni and faculty, along with a new category this year for an Ally of Distinction, which is presented to a recipient for outstanding advocacy for women and equality.

This year's winners, including two staff, one student, one ally and one faculty member, are: 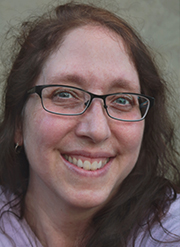 Mickle, an associate professor of art, is recognized on campus as a mentor and advocate for women and social justice. She’s served on the President’s Commission on Women; the social justice committee of the faculty union, the Association of Pennsylvania State College and University Faculties; the Diversity, Equity and Inclusion Leadership Team; and the Gender Studies Committee, to name a few. 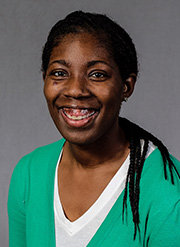 Booker is the assistant director of multicultural development in the Office of Inclusive Excellence. She is recognized for her passionate support of women and minority groups on campus, as well as her desirable mentorship, as evident by often having long lines of students outside her office. Fondly referred to as the "Queen of Tough Love," Booker is known for her honesty and creating a warm and inviting community for students. 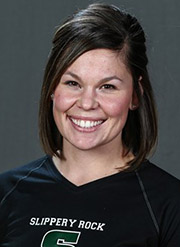 Rice has mentored scores of women as The Rock's head softball coach since 2014. Known for her confident leadership style, Rice is considered a strong, female role model for her players, encouraging them to succeed on the field and in the classroom. A 2008 SRU graduate, Rice has led her team to achievements not met since she was a player at SRU. Last year, she led The Rock to a 24-19 record, the most wins for the team since 2008, a year after the team qualified for the conference tournament for the first time since 2009. 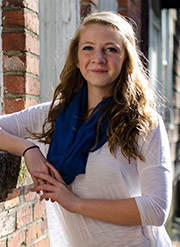 Calvert, a senior political science major from Butler, is described as a "steady and reliable feminist on campus." She is the president of the Feminist Majority Leadership Alliance student organization and has been involved in many sexual assault prevention initiatives such as distributing "Consent is Mandatory" bracelets, inviting the Butler County Victim Outreach Intervention Center to campus and chairing a committee that organizes Take Back the Night. She also helped host events related to equal pay, such as the Equal Pay Day Bake Sale. 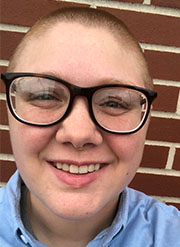 Gumble, a graduate student majoring in music therapy from Pittsburgh, has inspired positive change in many aspects of the SRU community, serving on two commissions, the President's Commission on Women and the President's Commission for Gender Identity & Expression and Sexual Orientation. Described as a "fierce advocate," Gumble has led programs related to gender inclusive language, particularly for pronoun usage, and is known for bringing positive energy to conversations leading to an improved climate of inclusivity on campus.