Greenstein is spending his early days on the job acquainting himself with the System and its 14 member universities as he visits each of the campuses this fall to have conversations with students, faculty, staff and other stakeholders. 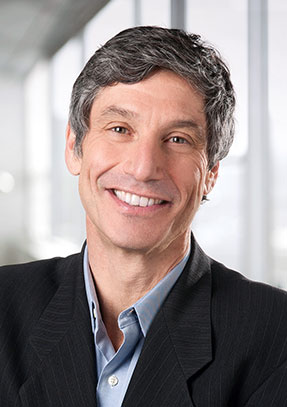 Greenstein's Oct. 15 visit at SRU will begin with a 7 a.m. cycling tour of the University with the Triathlon Club at SRU. All student, faculty, staff and community bicyclists are invited to join the ride. Riders should assemble at the Fairfield Inn for the 45-minute ride.

The chancellor will host a town-hall style forum for a number of campus groups, including the Slippery Rock Student Government Association, faculty and staff leadership, SRU's council of trustees, local legislators and alumni. At that forum, Greenstein will address the gathered cross section of SRU constituencies before opening the floor to an in depth question and answer period. The forum is open to the public.

Before joining the foundation, Greenstein was vice provost for academic planning and programs for the University of California system. In that role, he oversaw system-wide academic planning and programs, including the University of California Press; the California Digital Library; the UC system's Education Abroad Program; internship programs in Washington, D.C., and Sacramento; and UC Online Education.

Greenstein has created and led several internet-based academic information services in the U.S. and the United Kingdom, and served on boards and acted in strategic consulting roles for educational, cultural heritage and information organizations. He began his academic career as a senior lecturer in Modern History at Glasgow University in Scotland.