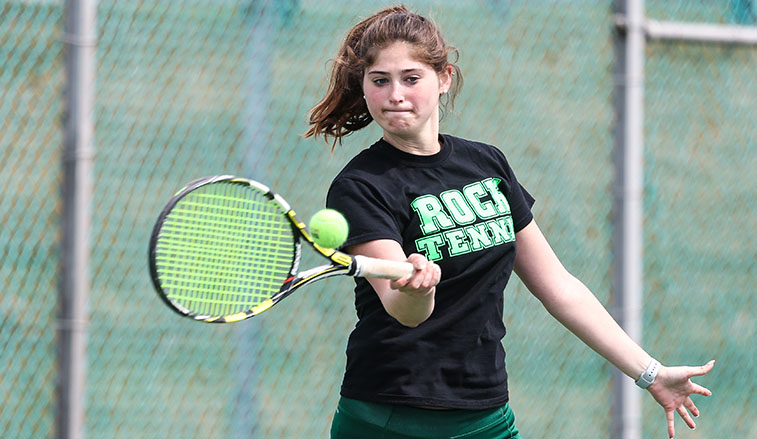 Cohen, a junior, won the match in straight sets 6-4, 6-3 to capture the title and in the process became the first player in program history to win a league singles championship. She is also just the third Rock tennis athlete to win an individual title overall; the pairing of Jessica Bungo and Ashley Michaux won the PSAC doubles championship for The Rock in 2004.

The Oct. 1 championship victory is just the latest in what has been a career filled with accolades for Cohen.

As a freshman in 2016-17, Cohen was named the PSAC West Freshman of the Year and to the league's all-conference singles team. She followed that outstanding rookie campaign by earning All-PSAC West accolades as both a singles and doubles performer last year.

Cohen's performances at the PSAC Individual Championships have steadily progressed during her career. After losing in the first round as a freshman, she came back as sophomore in 2017-18 to advance to the quarterfinals before losing to eventual champion Saioa Gomez de Segura of Mercyhurst with her crowning achievement thus far coming with the Oct. 1 title win.

With 72 victories (singles and doubles) already to her credit in slightly more than two years of collegiate competition, Cohen is well on pace to become the 11th member of SRU's 100-win club.

Cohen and the rest of The Rock women's tennis team will close out the fall portion of their 2018-19 schedule with a pair of home matches this weekend at the SRU Tennis Courts, 11 a.m., Oct. 6 against Kutztown University and 11 a.m., Oct. 7 against Millersville University.