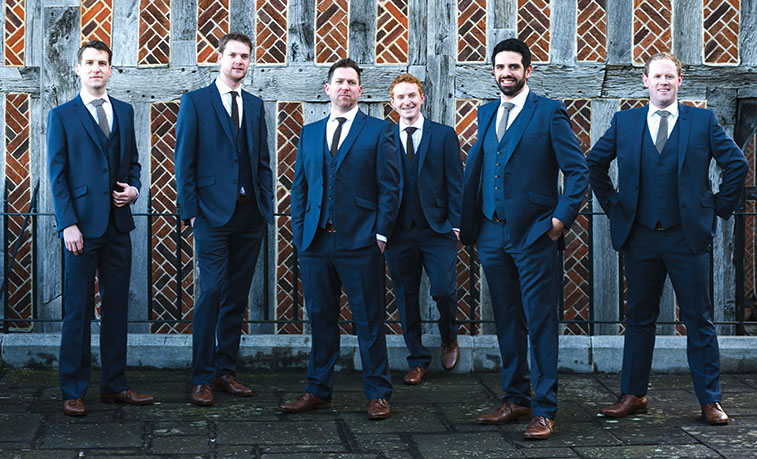 The Queen's Six were established in 2008, the 450th anniversary of the accession of Queen Elizabeth I, from whom they take their name. The group, based at Windsor Castle in England, are members of St. George's Chapel Choir, which consists of boy trebles and twelve professional adult male singers. The Chapel Choir performs at eight chapel services weekly, private and state occasions, and often before the royal family. The group performed at the 2018 wedding of Prince Harry and Meghan Markle.

Their latest recording projects include a CD of Christmas music, "Lo, how a rose e'er blooming" and a CD of some of their much loved pop and jazz arrangements, "The mood we're in..." In September 2019, they released a new CD of British folk songs on the Signum Classics label.