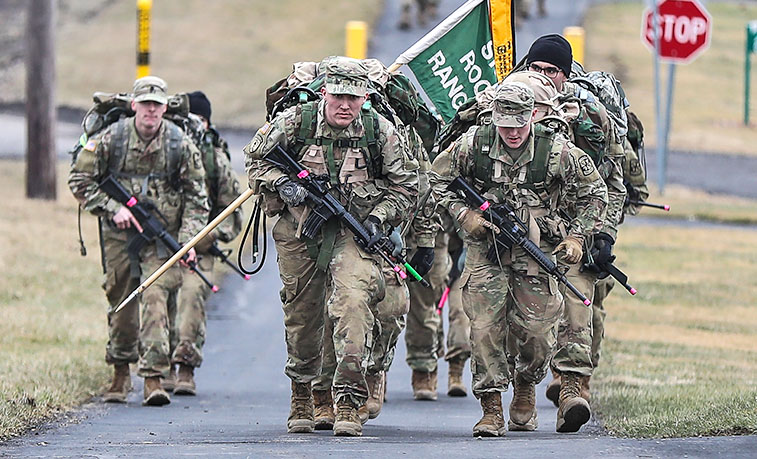 SLIPPERY ROCK, Pa. —Slippery Rock University football fans will be able to show their appreciation for military personnel and first responders when the school hosts its annual "Salute to Military and First Responders Day."

"This day is a great opportunity for people to show their appreciation for our military and first responders locally or otherwise," said Paul Leuken, director of athletics. "The Army ROTC and the first responders in our community are friends of Rock athletics and they are very supportive of what we do, especially in co-hosting events like this."

Beginning two hours prior to kickoff, ROTC will showcase a number of military-themed displays and activities, including a rock climbing wall and a M119 howitzer cannon.

The Slippery Rock Volunteer Fire Company and Rescue Team will display a 30-foot American flag from its tower truck near the stadium.

All pregame events in the parking lot are free and open to the public. All military veterans, current military personnel and first responders will be admitted to the game for free and will be asked to stand and be recognized during a timeout. Veterans groups will also have booths with information and giveaways near the stadium entrance, including a representative from the VA Butler Healthcare.

Weather permitting, Steve Setner, who owns a Korean War-era medical evacuation helicopter, will conduct a pregame flyover for the second year in a row.

The SRU football coaching staff will be wearing military and first-responder apparel, while the players will be wearing their gray uniforms in honor of U.S. Military Academy cadets.